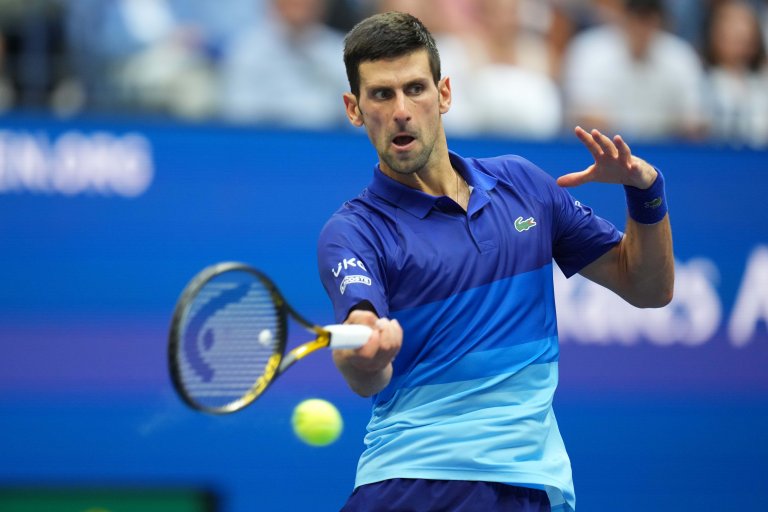 Novak Djokovic will face Casper Ruud in the Italian Open semifinals on Saturday
Novak beat Felix Auger-Aliassime in the quarters, while Ruud took out the other Canadian, Denis Shapovalov
Read on for the Djokovic vs Ruud odds, preview, and picks

World No. 1 Novak Djokovic will have a date set with Norwegian Casper Ruud in the Italian Open semifinals on Saturday in Rome. The match gets started at 1:30 PM ET.

The Serbian is a clear -525 favorite here.

Djokovic had the second-best Italian Open odds prior to the tournament at +300 behind Carlos Alcaraz, who ended up withdrawing due to injury. Ruud meanwhile, came in as a +1400 longshot.

History on Novak Djokovic’s Side

The two have only met twice before, with the Serbian winning both meetings. Djokovic last beat him in 2021 in straight sets in the ATP World Tour Finals and also clashed with the Norwegian at this exact same stage in the 2020 Italian Open, winning 7-5, 6-3.

Auger-Aliassime is always a tough match and even though he worked Djokovic, the world No. 1 pulled through. He failed to serve out both sets at 5-3 but ultimately closed them out in fine fashion. Djokovic had 21 winners and only committed seven unforced errors in the opening set. With the victory, the Serb guaranteed himself a 370th week at the top of the ATP world rankings.

The 34-year-old, who lost to Carlos Alcaraz in the Madrid semifinals last week, hasn’t dropped a set in this tournament yet, cruising past Aslan Karatsev and then Stan Wawrinka. Saturday could be a historic milestone for Djokovic as well, just one victory away from a stunning 1000 ATP wins.

Casper Ruud Back in Form

Ruud suffered early exits in both Monte Carlo and Madrid, but the Norwegian has bounced back in Rome. The No. 5 seed is now onto his first clay-court semifinal of the ATP season after a tough, but impressive straight-set win over Canadian Denis Shapovalov. Ruud took him out in two sets, 7-6,7-5, finishing off the match with a lethal ace.

The 23-year-old also cruised in the previous two rounds. He lost his first set in the Round of 32 to Botic van de Zandschulp, 7-6 (7-4), but since, Ruud has won every single set, easily defeating American Jenson Brooksby in the Round of 16 in two sets, 6-3,6-4.

This is his second semifinal in the Italian Open, previously making this stage in the 2020 edition. The world No. 10 is looking for his first ATP Masters 1000 crown, previously winning in Buenos Aires Challenger Tournament earlier in the year and making the final in Miami.

By no surprise, Djokovic is a heavy, heavy favorite for Saturday’s match. He really looks to be finding his top level again, just in time for the French Open. The history between him and Ruud speaks for itself.

The Serb should have no problem winning in straight sets here.