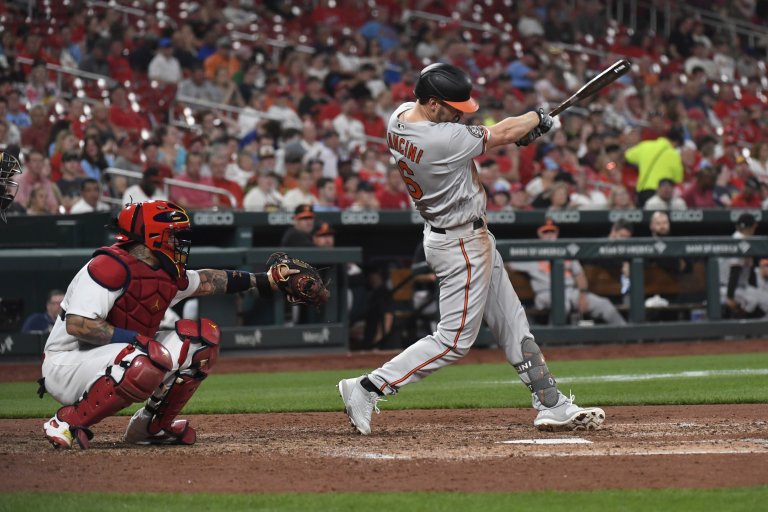 The Baltimore Orioles and Detroit Tigers face off at Comerica Park on Saturday, May 14th
Brandon Hyde’s club has been a mild surprise thus far in 2022, while AJ Hinch’s crew owns the American League’s worst record
Read below for the Orioles vs Tigers odds and betting preview

The Baltimore Orioles (14-19) face the Detroit Tigers (10-23) on Saturday at Comerica Park. The second game of the series has a scheduled first pitch of 4:10pm ET. The O’s will send Bruce Zimmermann to the bump, while the home team counters with Michael Pineda.

Hyde’s club was expected to win an MLB-low 62.5 games when the season began, while the Tigers are projected to win 78.5 in expected victory totals.

Odds as of May 13th at Barstool Sportsbook

With season-ending injuries to the likes of John Means and Chris Ellis, Zimmermann has emerged as Baltimore’s best starter. He leads the staff in just about every category, including ERA (2.67), FIP (2.56), strikeouts (8.90 K/9) and home run rate (0.30 HR/9). Plus, he owns a pair of quality starts — including his last outing — when he went six innings, allowing five hits, two earned runs and no walks while striking out five in an eventualy 4-2 win over the Royals last Sunday.

Meanwhile, Pineda surrendered just a pair of earned runs while scattering six hits over 6.2 innings in a 2-0 loss to the A’s on Monday. He also walked two and struck out four in the tough-luck defeat.

As noted above, the 27-year-old Zimmermann has been a much-needed  “stopper” for the O’s in 2022. All six of his starts have followed Baltimore losses. The team has responded with winning four of those turns. He’s only allowed more than two earned runs in any start once, when he gave up three to the Yankees back on April 28th. A big key for the southpaw has been home run suppression, allowing only one big fly in 30.1 innings.

Those are some pretty big names to be surrounded by 😳 https://t.co/X63Y8jNu5K pic.twitter.com/XG0g370Tgi

As for Pineda, he’s allowed two runs or fewer in three of his four turns this season. That’s the good news. The bad news?  He’s been victimized by the long ball — giving up four homers in just 21 innings. He’s also still in the process of being stretched out — getting past the fifth inning for the first time this season against Oakland. He still owns  a solid 3.43 ERA heading into the matchup with Baltimore.

Neither of these teams have been good recently, but Detroit has mostly owned Baltimore of late — winning seven of the last ten. That includes the first game of the current series in Motown, where the Cardiac Cats loaded the bases full of Birds in the seventh, eighth and ninth innings — only to escape the jam each time.

The ageless Miguel Cabrera was the offensive star for the home team on Friday, driving in a pair of runs on a solo homer and an RBI double. Trey Mancini has been the hottest hitter of late for Baltimore, owning a .393 batting average (11-for-28) over the last seven games, including a solo shot on Friday.

The Tigers have +5000 odds to win the Fall Classic, while the Orioles are +500000 longshots in the World Series odds.

While both starting pitchers have been solid this season, Zimmermann has clearly been better. I expected Baltimore to get more of the same chances it got in the series opener — but cash in this time.

At this point in the season, the Orioles are simply better than the Tigers — and there’s no reason to bet against them.