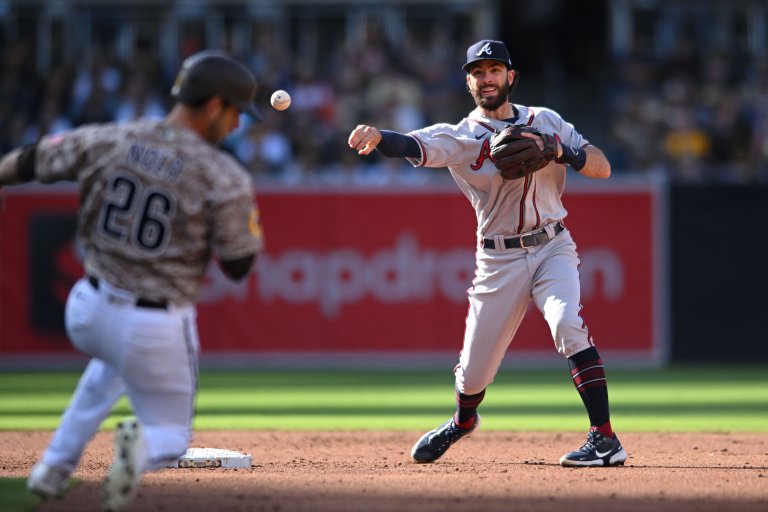 The Atlanta Braves are -135 home favorites over the San Diego Padres in an MLB game slated for Saturday, May 14
Entering play Friday San Diego was 4-2 straight up in the club’s last six games at Atlanta
See the Braves vs Padres odds, picks, predictions and best bets below

Both the Atlanta Braves and San Diego Padres are highly touted in the World Series odds. But while the Padres are living up to expectations, it’s the defending World Series champion Braves who find themselves scuffling.

Playing host to the Padres in the second of a three-game weekend series, the Braves took the diamond on Friday second in the NL East but two games below .500 with a 15-17 record. Meanwhile, the Padres were in the thick of the NL West race at 20-12, one game behind the division-leading Los Angeles Dodgers.

Still, it’s the defending champs who are getting the love from the oddsmakers. The Braves are set as -135 favorites in this game. Atlanta is 17-13-2 on the total this season. At 56.7%, the Braves are the third-best over play in all of MLB.

The first pitch at Truist Park is due to be thrown at 4:05 pm ET on Saturday, May 14. Cloudy skies, 6 mph wind and a temperature of 78 degrees is in the forecast.

With a favorite’s moneyline of -135, the Braves are being given an implied probability of victory of 57.45%.

However, a glimmer of hope emerged from his most recent start. Morton worked five scoreless innings on May 8 against the Milwaukee Brewers. He allowed just two hits and got the verdict in a 9-2 Atlanta victory. It was his first win in exactly a month.

After six seasons with the Oakland A’s, lefty Manaea joined the Padres for the 2022 campaign. He hasn’t endured a losing campaign since his 2016 rookie season in Oakland (7-9).

Manaea shows one career start against the Braves. He didn’t get the decision, working 7.1 innings and posting a 2.45 ERA. This will be his first career start at Truist Park.

There’s not much to choose between the two teams in this matchup. In cases like this, it’s always best to take into account the known knowns.

Ozzie Albies scores on a drop by Wil Myers to bring the Braves within one of the Padres. pic.twitter.com/2MslIfrhr4