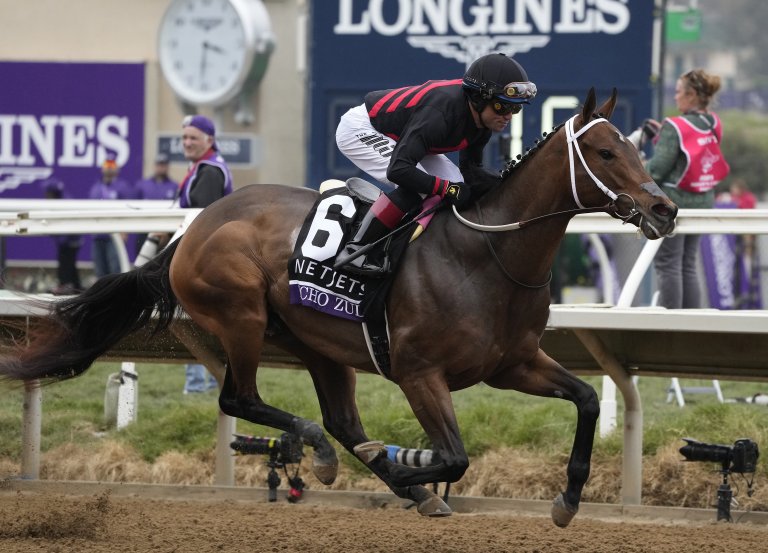 Like the Kentucky Derby, the Kentucky Oaks dates back to 1875. Like the Derby, it is held at venerable Churchill Downs. Like the Run for the Roses, the Lillies for the Fillies crowns a champion. The Oaks is the biggest race of the year for females, and only three year olds are eligible.

Having a clear understanding of horse racing rules and downloading the best Kentucky Oaks betting app will prepare you for the race. It’s not an easy handicapping event. At least four horses have strong arguments why they are the Kentucky Oaks favorites, and several others are viable too.

Odds as of May 2 from TVG

The girls are set to go a mile and an-eighth for a purse of $1.25 million. It is Louisville, which means rain is more than possible. Reports suggest a strong chance of precipitation. Temperatures are expected to be in the 70’s. Post time is slated for 5:51 pm EST. The race is being televised by USA Network.

Trainer Brad Cox and jockey Florent Geroux have teamed up to win the Oaks twice in the last four years. That combo was credited with winning last year’s Derby after Medina Spirit was disqualified and Mandaloun elevated to first place.

In 2021 Malathaat snapped a string of no favorite winning the Oaks since 2014. She was just the third favorite to win over an 11-year span. In that same time period, four horses have won at 10/1 or more.

Let’s examine some of the top contenders this year.

It must be a strong field when the unbeaten winner of the Breeders’ Cup Juvenile Fillies isn’t an overwhelming favorite. Echo Zulu is five-for-five and hard to knock.

The daughter of Gun Runner has raced once this year, using every ounce of energy to hold off Hidden Connection as a massive favorite in the mile-and-a-sixteenth Fair Grounds Oaks.

Nest won two races in three tries as a two-year-old, but this year the daughter of Curlin has looked terrific. She romped against lesser competition in the Suncoast Stakes, and then put on a show in last month’s Ashland Stakes.

Nest is trained by four-time Oaks winner Todd Pletcher, who is trying to win in back-to-back years.

Kathleen O is unbeaten in four starts. Each win has seemed a little bit better than the previous one. She dominated the Gulfstream Park Oaks last month with a big move around the turn and into the lane.

Incredibly, Kathleen O is the first horse 83-year-old Pat Kearney has ever owned. Trainer Shug McGaughey has won the Derby, but not the Oaks.

Speaking of veterans, trainer Wayne Lucas has won the Derby and Oaks four times each. The 86-year-old has not captured a Triple Crown race since 2000 and last took the Lillies in 1990. He thought his filly, Secret Oath was so good they faced boys last time out in the Arkansas Derby with the thought they might be a player in the Derby.

Finishing third against the boys is not that bad. She’s four for six against girls and dominated February’s Honeybee Stakes at Oaklawn Park.

Hidden Connection began her career with back-to-back wins at Churchill Downs. After a ho-hum performance in the Breeders Cup and a fourth-place finish to start 2022, she looked pretty solid finishing second to Echo Zulu in the Fair Ground Oaks.

Yuugiri is stepping up in competition but certainly was impressive last time out in the Fantasy Stakes.

She has never been worse than third and seems to be improving. Another step forward puts her in the mix on Friday.

While Echo Zulu felt like the best of this class six months ago, and Secret Oath was the chosen one before trying boys, Nest and Kathleen O seem to be in the best form. Nest was the most impressive horse in the major preps, and Pletcher knows a thing or two about winning this.

Once you get your bets in on the Kentucky Oaks, be sure to check out all of our Kentucky Derby predictions for Saturday’s Triple Crown event!