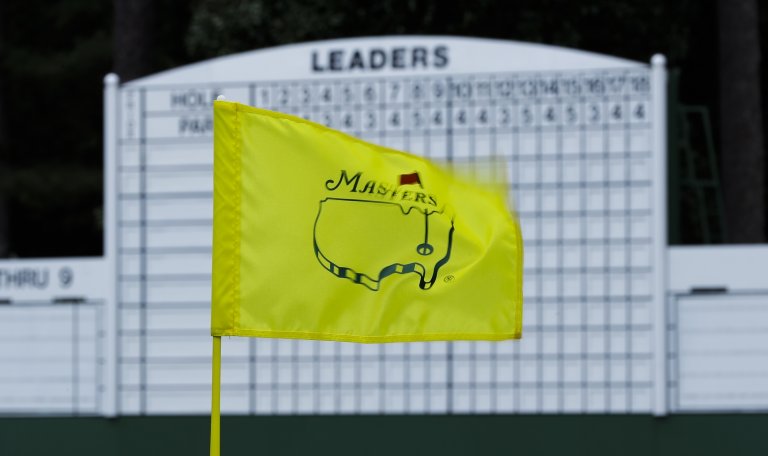 A flag blows in the wind on the 10th hole during a practice round for the Masters golf tournament Wednesday, April 4, 2018, in Augusta, Ga. (AP Photo/David J. Phillip)

The 86th edition of the Masters tees off Thursday, April 7th
Jon Rahm is the +900 favorite to slip into the green jacket
We’ve narrowed down the golfers with the best chance of emerging victorious and provided the best value bets below

The year’s first major is finally upon us, and there are no shortage of storylines heading into the 86th Masters. The biggest, of course, is whether Tiger Woods will tee it up in his first official tournament since the 2020 Masters. He’s been practicing at Augusta National as he ramps up his efforts to compete, and Tiger Woods’ Masters odds are as short as +4000.

Scottie Scheffler has ascended to world #1 following a torrid stretch of three victories in five starts, and he rolls into Georgia as the second favorite to earn his first major championship. He trails only Jon Rahm, who has shorter +900 odds to claim his second major championship in as many year’s (2021 US Open). Rory McIlroy also has another shot to become just the sixth man to win the career grand slam, should he win his first major since the 2014 PGA Championship.

Only 91 players have qualified for the Masters, with J.J. Spaun the last entrant following his first career PGA Tour title at the Valero Texas Open.

Odds as of April 4th at DraftKings Sportsbook

Though there has been no firm commitment whether five-time Masters champion Tiger Woods will compete, that hasn’t stopped bettors plunking down cash on him. He’s been the most wagered on player entering Augusta National.

Some notable names with enticing Masters odds include Brooks Koepka at +2000, and former champion Jordan Spieth at +2200.

Brooks Koepka’s ranks in majors since 2016

He also enters the tournament with a high degree of confidence, as he’s had T-3, T-5, T-12 and T-16 finishes in his last six times teeing it up (with two missed cuts). The most recent was a trip to the quarter-finals of the Dell Match Play.

With a price of +2000, you’re getting Brooks at better odds than the top-five players on the board, which is good value, given his tremendous record in the biggest events.

Xander Schauffele (+2000): In two of the last three Masters, it very nearly was Xander Schauffele who outlasted everyone. In 2019, he wound up in a tie for second, then last year, he was right in the thick of things until an untimely triple bogey on 16 dropped him to a tie for third. In four of his last five stroke play starts, X-Man has posted a top-20. In his last twelve rounds at Augusta, he ranks second in total strokes gained.
Tony Finau (+6500): Though he hasn’t had a stellar 2022 (though he does have top-35’s in four of his last six events), Tony Finau sports intriguing odds for a player who is very comfortable at this track. In three of his four Masters, he’s posted top-10’s, highlighted by a T-5th in 2019. In the last two times he posted those T-10’s at this championship, he didn’t have much form entering the week, yet this venue has suited his game.
Gary Woodland (+10000): The 2019 US Open champion continues to see his name on plenty of leaderboards of late, and at this price, he’s an outstanding value selection. He was T-5th in back-to-back weeks at the Honda Classic and Bay Hill (where he led with two holes to play), then comes in with a T-8th at the Valero Texas Open. Woodland is fifth in strokes gained: approach in his last twelve rounds on tour.