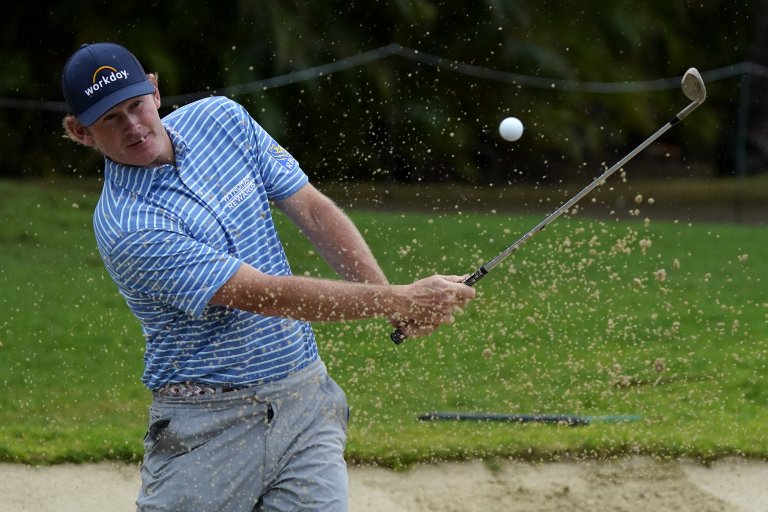 Brandt Snedeker hits out of the bunker on the ninth green during the final round of the Sony Open PGA Tour golf event, Sunday, Jan. 12, 2020, at Waialae Country Club in Honolulu. (AP Photo/Matt York)

Through three rounds of the Valero Texas Open, it is anybody’s championship to win with so many players in contention. For some of them not already qualified for next week’s Masters, a victory Sunday would propel them into the field at Augusta National.

After 54 holes, nine-time PGA Tour champion Brandt Snedeker is one of the co-leaders, along with Dylan Frittelli, (one win) and the duo of Beau Hossler and J.J. Spaun searching for their maiden titles. Before the tournament began, none of them were among the favorites to claim the trophy. Behind them ready to pounce are proven winners like Matt Kuchar, Gary Woodland, Si Woo Kim and Scott Stallings.

Odds as of April 2nd at DraftKings .

With it being such a wide open leaderboard, there are plenty of golfers who have a realistic shot to get into the winner’s circle on what should be a wild final day. Read on to see the updated odds and the best bets heading into Sunday’s final round.

It’s been four years since Brandt Snedeker won the last of his nine PGA Tour titles, and he hasn’t really had a ton of chances to improve on his total in that span. In fact, he entered this tournament with no form, having missed five straight cuts. However, he’s comfortable at this track, posting four straight top-25’s, including a tie for sixth last year.

Four players tied for the 54-hole lead at the Valero Texas Open is the most on the PGA TOUR since the 2020 RBC Heritage (four).

He has extra motivation to win also, as he’s currently not in the Masters field next week. Should he emerge victorious, he’d qualify at a place where he’s had success in the past. The grizzled veteran has shot 66-67 the last two days, with no bogeys on Saturday.

Snedeker is first in strokes gained: tee-to-green for the championship, picking up nearly ten shots on his competitors. Should his usually reliable putting prowess cooperate, his +600 odds are intriguing, especially because he’s had so much more experience closing out tournaments compared to his co-leaders.

Gary Woodland (+1800): Within the last month, Gary Woodland has had a few chances to win for the first time since his 2019 US Open title. He was T-5th at the Honda Classic, then led with two holes to play at the Arnold Palmer Invitational before a tough finish dropped him to another T-5th result. He’s three back to begin Sunday, and is fourth in SG: approaching-the-green after three days. Should he find himself in the mix late, he should have confidence, as he’s had no bogeys on the back nine all tournament.
Maverick McNealy (+2200): Like Gary Woodland, Maverick McNealy also starts three behind. The former #1 ranked amateur in the world has been knocking on the door for his first win (a pair of runner-ups in 2021), and this could be the week. He’s second in SG: tee-to-green after 54 holes, and is tied for third in birdies with 16 thus far. His beautiful round of 67 featured seven birdies and matched the lowest score of the day Saturday.