A former WPT champion is writing and producing ‘The Godfather of Poker’ that will chart Doyle Brunson’s career in the game. 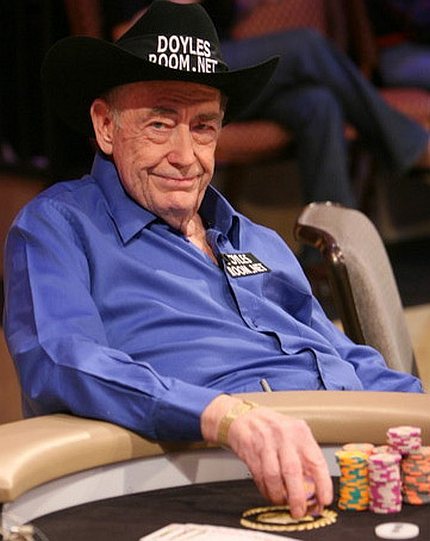 Deadline has confirmed that the rights for a biopic on the life of Doyle Brunson have been secured by Radar.

Former poker pro and WPT champion Justin Smith is set to adapt and produce the biography of Brunson into a biopic with the working title ‘The Godfather of Poker’. Daniel Cates has been named as an executive producer.

“There have been many gambling and poker scripts sent to me,” Smith said. “None of them has intrigued me as much as Doyle’s story. There’s no better life story than Doyle’s that I know of. Having played the biggest poker games with Doyle myself, I’m extremely honored to be in a unique position to be able to help tell his story and capture the environment accurately from an insider perspective.”

There have been lots of poker works of fiction produced since Rounders played a role in the poker boom. Doyle Brunson’s life story is without doubt one of the deeper wells to tap to put poker on the big screen. The fact that it is a former poker pro in charge of the product would make it likely one of the more accurate representations of the games out there.

This may not be the only Texas Dolly content coming to our screens in the future. Last year Doyle confirmed that a documentary about his life was in the works too.

What other poker pros should have a drama about their life produced? Let us know in the comments: