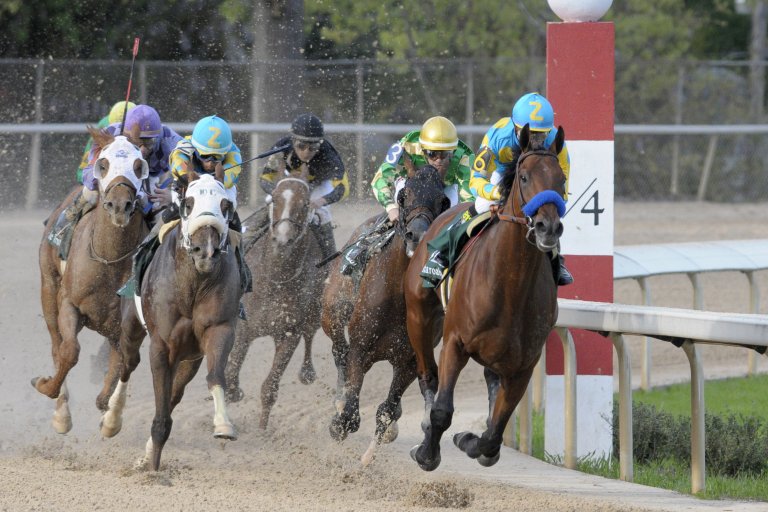 Saturday’s Arkansas Derby will provide ample qualifying points for at least two horses to reach the Kentucky Derby
Secret Oath will face the boys for the first time and is the favorite
Where can we find betting value Saturday in Hot Springs, Arkansas?

There aren’t a lot of sports where females compete directly against males. The Kentucky Derby has had three female winners in 147 runnings. If Secret Oath wins the Arkansas Derby on Saturday, she likely will get a chance to beat the boys on the first Saturday in May.

The updated Kentucky Derby odds reflect the incredibly impressive victory by Epicenter last weekend. As we noted then, if you really like a horse and they are a favorite in one of the Derby preps, it is best to make your futures wager before that final tune-up. Secret Oath will not be a secret if she cashes tickets on Saturday.

Let’s look carefully at Secret Oath and her competition.

The Arkansas Derby has been run since 1936 but recently has become more prominent. Three times the Arkansas Derby winner has won the Roses. Sunny’s Halo (1983), Smarty Jones (2004) and American Pharoah (2015) all completed the double.

Understanding how pari-mutuel wagering works is particularly important in a race where all of the hype is about one horse. If you think the excitement is unfounded or over-done, necessarily there has to be value on other entrants.

Post time is slated for 7:35 pm ET. The three-year-olds will go a mile and an eighth. Clear skies and temperatures in the high 60’s are expected. Fox Sports 1 has television coverage.

If you can say anything about 86-year old trainer Wayne Lucas, he’s never lacked for confidence. A Hall of Famer and four-time Kentucky Derby winner, Lucas gives his horses the opportunity to be their best and shine on the brightest stage. Secret Oath earned this opportunity by running the girls off the track.

That was the third straight romp for Secret Oath, who won just once in three tries to begin her career. Since beginning to race in Arkansas she has been terrific. That said, Lucas hasn’t won a Triple Crown race in almost a decade, and Secret Oath was +3140 in her first career race when she finished third by more than 10 lengths.

Which of the Boys Can Stay With Secret Oath?

Let’s not kid ourselves, this isn’t the most accomplished field and that is one reason a filly is the favorite. Only three of Secret Oath’s opponents have won a stakes race.

That was Un Ojo’s second career victory after he had been the runner-up in two stakes races in New York. He beat several horses running in this race on February 26, Kavod, Chasing Time, Barber Road, and Ben Diesel all finished behind Un Ojo. Barber Road made a nice move a pinch too late in that race. Kavod checked while he was giving ground down the stretch.

Trainer Bob Baffert is not currently allowed to run at Churchill Downs, and his horses are unable to earn Kentucky Derby qualifying points. Several of his best three-year-olds have recently been transferred to other conditioners. Doppelganger is one of those. Last time out he was second in a stakes race at Santa Anita.

Jockey John Velazquez, who has been aboard the horse that got to the finish line first for Baffert in each of the last two Kentucky Derbys, will ride Doppelganger. The son of Into Mischief has just one career victory in three starts.

Flavien Prat, the top rider in California, who often is on Baffert’s best horses, rode Doppelganger in his first three races but is aboard We the People in the Arkansas Derby. We the People is two-for-two and this is his stakes debut.

Secret Oath may be special, but she has never faced the boys and is an awfully big favorite in untested waters. Jockey agent Ron Anderson represents both Prat and Velazquez. It would reason Prat had the opportunity to ride Doppelganger again and chose to be on We the People. Prat wins at a rate of 30% this year. His judgment is usually sound.