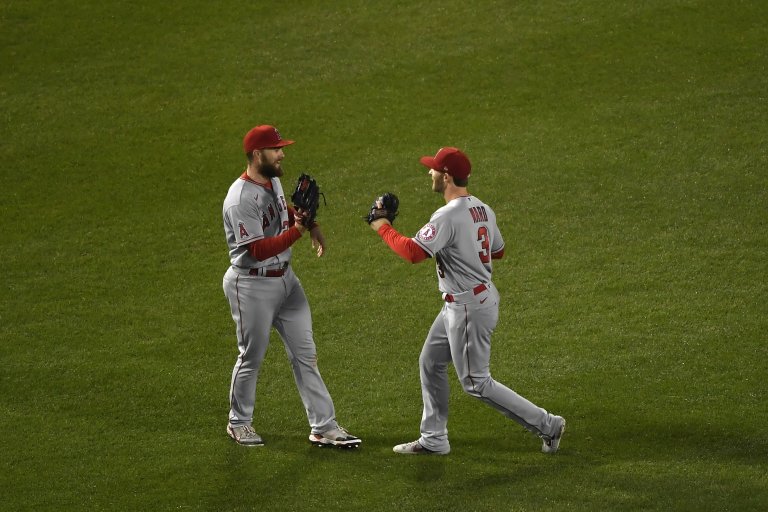 The Los Angeles Angels and Boston Red Sox face off at Fenway Park on Thursday, May 5th
Reigning AL MVP Shohei Ohtani will make his first career start in the ballpark where Babe Ruth pitched
Read below for the Angels vs Red Sox odds and our betting preview

The Los Angeles Angels (16-10) face the Boston Red Sox (10-15) on Thursday at Fenway Park. The series finale has a scheduled first pitch of 1:35pm ET. The Angels will send Shohei Ohtani to the mound, while the home team counters with Rich Hill.

The Halos are road favorites in this spot and have the second-shortest odds (+260) to win the AL West in the MLB Division odds, trailing only the Astros (-155). Meanwhile, the Sox have the fourth-shortest odds (+700) to the win the stacked AL East. Manager Alex Cora’s club is expected to win 85.5 games, while Joe Maddon’s group is  projected to win 84.5 in expected victory totals.

Odds as of May 4th at DraftKings Sportsbook.

One of the great storylines in the first month of the season will play out in Beantown as Ohtani will be on the same mound Babe Ruth once starred on as baseball’s previous most successful two-way player in 1918 and 1919. He gets an extra day of rest as well after experiencing groin tightness on Sunday against the White Sox.

The 27-year-old went five innings and allowed five hits, two earned runs and a walk against four strikeouts in an eventual 9-5 victory against the Guardians last Wednesday.

Meantime, the 42-year-old Hill has yet to toss more than 80 pitches — or get past the fourth inning — in any of his first four 2022 starts (in which the Sox are 2-2). However, he was utterly superb in his most recent turn last Friday against the Orioles — going four innings and allowing only one hit, no earned runs or walks while striking out four in an eventual 3-1 Boston win.

The Best Racebook Promo Codes for Horse Betting This Week

It’s been a mixed bag for Ohtani, one of the baseball’s most heralded players, to start the 2022 campaign. He was lights out on April 20th against the Astros, going six innings and allowing only one hit, no earned runs and a walk while striking out 12 on 81 pitches in an eventual 6-0 L.A. win. But he also had a stinker of a start in Arlington — lasting only 3.2 innings and giving up six hits and six earned runs in a 10-5 loss to a cellar-dwelling Rangers club.

As for Hill, he was dazzling against Baltimore. But it’s been the same story for the man affectionately nicknamed Dick Mountain over his career: whenever he takes one step forward, he soon after takes two steps back — mostly due to an inability to stay healthy.

After sweeping a four-game series against Cleveland last week, the Angels’ offense went into hibernation over the next five — only scoring five runs and getting shut out three times. But the bats broke out in a big way on Tuesday. Jared Walsh tied it in the ninth, then put an exclamation point on a six-run 10th to cap a 10-5 Halos win.

THE ANGELS HAVE SCORED 6 IN THE 10TH INNING!!

Meantime, Boston has faced three of the better teams in the league (Toronto, Tampa Bay and L.A.) over the last two weeks, During that time, the Sox have gone 5-10.

The Red Sox have +2200 odds to get to the Fall Classic, while the Angels have +2500 odds in the World Series odds.

With L.A. rallying on Tuesday to even the series, I think the Angels carry that momentum into the rubber match on Wednesday. Throw in Ohtani on the bump — with a little Great Bambino history behind him — and the Halos get a win on getaway day.