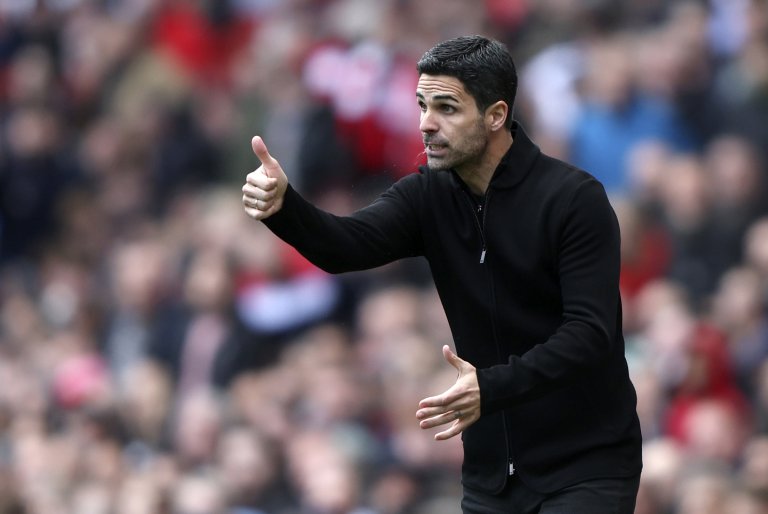 Premier League Matchday 34 of the 2021-22 Premier League season takes place between April, 23rd and April, 25th
There’s lots to play for from a tense title race to a tight relegation battle
Read below for this weekend’s Premier League odds and our tips

Premier League Matchday 34 of the 2021-22 Premier League season kicks off in north London with Arsenal hosting Manchester United. It’s a match that futures & outrights bettors will have a keen eye on given its impact on the contest for the final top four berth.

League-leading Manchester City host Watford a couple of hours later before Tottenham look to take advantage of Arsenal facing United when they visit Brentford. There are four matches on Sunday, headlined by a pair of derbies between Chelsea vs West Ham and Liverpool vs Everton at Stamford Bridge and Anfield respectively.

Odds as of Apr 22 at Barstool Sportsbook

All of the top four are odds-on favorites this weekend, with Manchester City given the shortest price at -910. Wolves trip to Burnley is the toughest to call for the bookies with the home side at +175 on the moneyline and the visitors given a +185 price.

Arsenal erupted out of their slump with a 4-2 win over Chelsea in midweek. The victory pulled the Gunners level on points with Tottenham, and gives them immense confidence ahead of the visit of Manchester United.

The Red Devils are in disarray. They are in a waiting period after confirming Erik ten Hag as their next manager, and they head into this fixture without Raphael Varane, Paul Pogba, Fred, Luke Shaw and Edinson Cavani. Arsenal should name the same XI that beat Chelsea with Eddie Nketiah leading the line — the 22-year-old is a good bet at +230 to score anytime.

While the table suggests United are still in the top four race, their abysmal performances of late show us otherwise. They were humiliated in the 4-0 defeat to Liverpool a few days ago, and only five teams have collected fewer points since February 21st.

Round of applause for Eddie Nketiah & Mohamad Elneny 👏👏👏 pic.twitter.com/yM3zkxVi8O

Arsenal have the second-most expected points since the start of March. Manchester United are second-bottom by the same metric. United has the talent to get a result on Saturday, but it would be a minor miracle given the state of the club right now.

Leicester have won three consecutive home league matches. Aston Villa, after an early bounce under the guidance of Steven Gerrard, have succumbed to four straight league defeats. The Foxes are priced at +195 to win this one following a late draw with Everton in midweek.

Brendan Rodgers has shuffled his pack of late, particularly at the back. He’s without Jamie Vardy, Ryan Bertrand and Wilfred Ndidi, but the ability in this Leicester squad shouldn’t be overlooked despite an underwhelming season. They haven’t lost at the King Power Stadium in over three months.

Gerrard and Villa will have appreciated the couple of weeks without a match. The considerable rest advantage is probably playing into their short odds here, yet this is still a team low on confidence. They were wide open to the counter against Spurs last time out, and Leicester will punish a defensive performance of that nature. Given Leicester’s record in front of their own, they’re a really good value bet to win here.

Crystal Palace have put in some marquee performances this term and played some exciting stuff. Leeds were threatened by relegation for much of the season and faced some heavy defeats. In late April, though, just four points separate the sides with Palace having lost two on the bounce and Leeds winning three of their last four.

Jesse Marsch has had a quick impact in Yorkshire, tightening up the defense and securing some crucial results. Patrick Vieira has done a stellar job at Selhurst Park too and saw his side thrash Arsenal in their last home match. The Eagles are the best of the rest in the expected goals table this term and have lost just once in their last seven at home.

This should be an entertaining game. There will be plenty of space for both teams to attack, making both teams to score a decent bet at -148. Taking Palace’s home form into account, we like the value of parlaying BTTS with the hosts to avoid defeat.

Pick: Crystal Palace win or draw and both teams to score (+117)