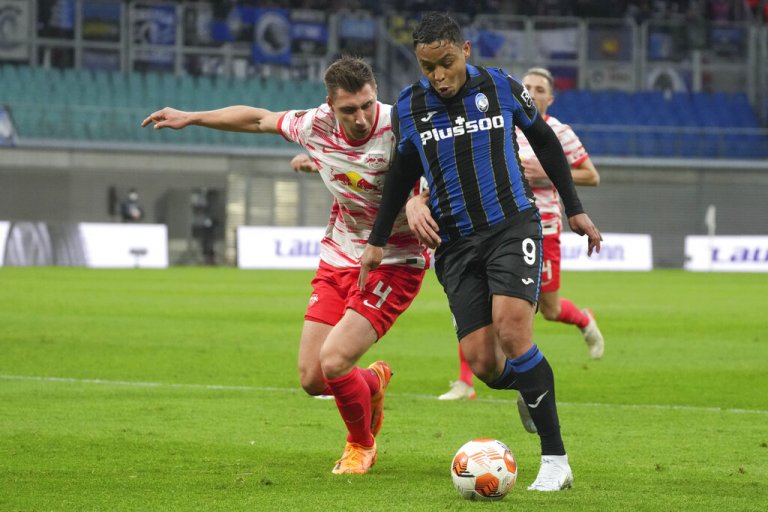 It is Atalanta vs RB Leipzig in the second leg of their UEFA Europa League quarterfinal on Thursday, April 14 at 2:45 pm ET. The first leg in Germany ended 1-1, so this tie remains the balance with all to play for in Bergamo.

We preview Atalanta vs RB Leipzig and offer below the best picks for this huge UEL clash.

Odds as of April 13 at Barstool Sportsbook

If you’re new to this sport and need advice on soccer betting’s pros and cons, there are plenty of directions you can go when betting on this game and others.

Getting into #UEL mood with our March Player of the Month 🔥@Merihdemiral #GoAtalantaGo ⚫️🔵 pic.twitter.com/gvWrcKytaJ

If Atalanta are going to make it to the last four of the UEL, they are going to do it the hard way. After seeing off Bayer Leverkusen in the last round, they again find themselves up against strong German opposition but did well in the first leg to come away from the Red Bull Arena with a 1-1 draw.

Despite struggling for goals in Serie A, Colombian striker Luis Muriel gave the Nerazzurri an early lead in Leipzig – a lead they held until the 58th-minute when, under pressure from RB’s Willi Orban, Atalanta defender Davide Zappacosta put the ball in his own net.

Serie A Woes for Atalanta

But while the Italians are flying in Europe, their Serie A form has suffered and they find themselves down in eighth and currently outside the European places with games running out. They have won just three of their last 14 Serie A games and at the weekend were beaten 2-1 by Sassuolo.

They have won only three of their last nine European matches at home, although a lot have been drawn, and their recent win in Bergamo over Bayer Leverkusen retained a proud record of having never lost a home game in either the Europa League or the UEFA Cup.

Unlike Atalanta, Leipzig’s domestic form has been decent this season and they remain in the hunt for a top-four finish. It has though been a traumatic campaign off the pitch with a poor run of form early on, including a Champions League exit, seeing Jesse Marsch replaced in the manager’s hot seat by Domenico Tedesco.

Final training session ahead of #ATARBL ✅

ℹ️ #RBLeipzig are almost at full strength for tomorrow, with only @doudouhaidara04 (MCL) unavailable.

The managerial change at RB has worked well. The arrival of the Italian prompted an upturn in fortunes and since his arrival in the second week of December the wins have kept on coming. In 2022 alone, they have won 12 games and are also unbeaten in 12.

In order to make it this far in the UEL, after dropping out of the Champions League, they had to overcome Real Sociedad in the Europa League playoffs but then received a bye in the next round after Spartak Moscow, for obvious reasons, were kicked out of the competition.

No better way to return! ⭐

Atalanta have saved their best performances for Europe this season but, as we saw in the first leg, these are two very evenly matched teams. Key to the outcome may well be the RB defense, which is again the second-best – behind only Bayern – in the Bundesliga. For that reason, I see the Germans edging this by the odd goal.