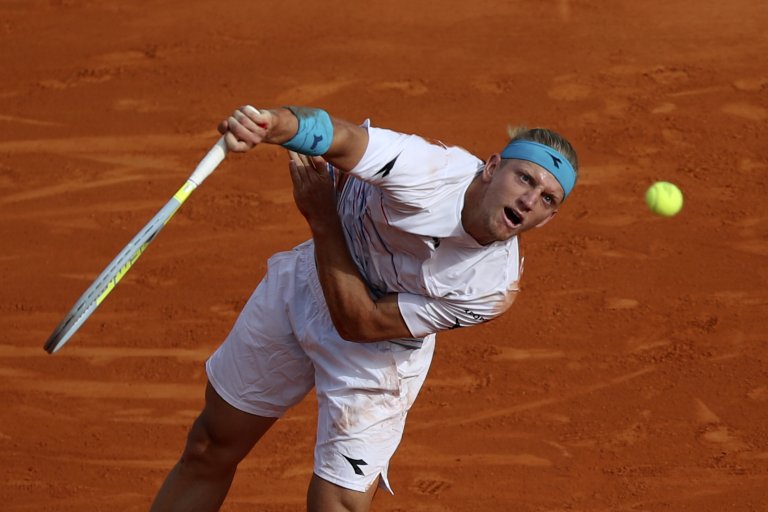 The Round of 16 at the Monte-Carlo Masters takes place tomorrow, April 14th
All eight matches will be played on Thursday
Continue below for odds, preview and best bet predictions

The Monte-Carlo Masters has already been quite the tournament, and the Round of 16 is just about to start. Top seed and favorite to win prior to the tournament starting, Novak Djokovic, lost in his first match against Alexander Davidovich Fokina. Carlos Alvarez, who was the favorite just behind Djokovic also lost his opening match, leaving the tournament wide open for a winner.

With eight matches on the slate for the day, there’s sure to be exciting tennis, and possibly some more surprises. Continue below for the odds of all eight matches, as well as a breakdown and preview of three with their best betting value.

ATP Monte-Carlo Masters Round of 16 Odds

Odds as of April 13th at FanDuel.

With the early round upsets, the tournament has a handful of unseeded players still competing.

World No. 13 Fritz will take 21-year old Korda in what will be their first career meeting on Thursday.

Fritz hasn’t played extremely well, but has managed to make it through the first two rounds. He really shouldn’t have been challenged much, but he saw both his matches go three sets.

A masterclass in mastering the elements 💨@SebiKorda takes out Miami champion Alcaraz 7-6(2) 6-7(5) 6-3 in the #RolexMCMasters second round! pic.twitter.com/51ngEOJmEN

Heading into this third round match, Korda is actually the favorite. Which prior to his last match may have been a surprise, but it shouldn’t be now. Fritz will put up a fight that might extend the game to three sets, but Korda looks to have the upperhand here.

But with Fritz’s talent, and the fact that both of his matches have gone three, the smartest bet might be just to take the distance.

Now, we’ve seen time and time again, a player not able to bounce back and carry the momentum from a win like that over to the next round, so this will be a huge test for the Spaniard.

He’ll be going up against David Govin, who has yet to be truly tested in tournament, but hasn’t dropped a set on route to the third round. He also happens to lead the head-to-head against Davidovich Fokina 1-0. The two’s one and only meeting came back in 2019.

Look to give Davidovich Fokina a chance here.

This will be the third meeting between these two players, with their current head-to-head sitting at 1-1. Rublev won their first meeting in 2020, and Sinner won their most recent matchup in 2021, that happened to be played on clay.

Rublev started his tournament against Alex de Minaur in the Round of 32, after receiving a bye in the first round. The fifth seed finally managed to secure a win against de Minaur after losing to him twice. The Russian dropped the first set against the Australian, but managed to build the comeback and win 2-6, 6-1, 6-4.

Sinner into the 3rd round!

3rd consecutive Masters 1000 round of 16 for Jannik Sinner who beat Emil Ruusuvuori 7-5 6-3 in Monte-Carlo pic.twitter.com/QFyWvC5umS

Sinner has two matches under his belt heading into the third round. The ninth seed opened his tournament up against Borna Coric, and most recently defeated Emil Ruusuvuori in straight sets.

This might be the closest and most exciting match of the day. Regardless of the winner look for the match to go the distance.