The focus of Japan’s quest to open its first casino is a human-made island in Osaka that, if the city’s government gets its way, will end decades of wrangling over the country’s fraught relationship with poker tables and slot machines.

On a recent weekday morning there was little to suggest that Yumeshima – “Dream Island” – could, by the end of the decade, be the site of an unprecedented experiment with gambling in the world’s third biggest economy.

A stream of trucks disappear into an undersea tunnel taking them to the island, while boats laden with soil plough the strip of water separating it from the mainland. From a distance, Yumeshima looks more like a sprawling building site than the possible location for Japan’s answer to Macau or Las Vegas.

Six years after the government legalised casino development, Osaka is vying with nearby Wakayama and the central city of Nagoya to open Japan’s first “integrated resort” – a ¥1tn (£6bn) complex of hotels, conference and entertainment facilities, with a casino as its money-spinning centrepiece.

The western Japanese city is now considered the frontrunner after the local assembly, where the rightwing populist Osaka Ishin no Kai is the strongest party, recently approved a bid that will be sent to the central government by the 28 April deadline.

The envisaged resort will “be an engine of sustainable economic growth for Osaka and the region,” Osaka’s mayor, Ichiro Matsui, told assembly members.

He has an ally in the prime minister, Fumio Kishida, who said integrated resorts were the “key to Japan’s efforts to become a leading tourism nation” when it finally reopens to overseas visitors locked out during the coronavirus pandemic.

But despite campaigning in local elections on a pro-casino platform, Matsui and his allies are facing a backlash from citizens’ groups concerned about the cost of developing Yumeshima, which was built on reclaimed land during the boom years of the 1970s, and the casino’s potential to become a magnet for organised crime and gambling addiction. 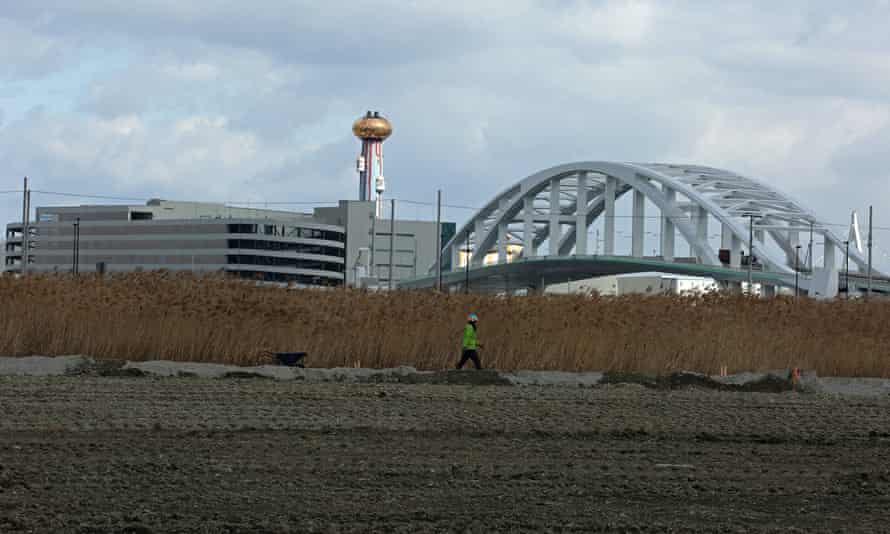 Yumeshima in 2017. Today it still looks more like a sprawling building site than the possible location for Japan’s answer to Macau or Las Vegas. Photograph: Buddhika Weerasinghe/Getty Images

The city’s assembly has received more than 100 petitions demanding that the casino plan be abandoned or at least put to a referendum, a move it has so far resisted.

Critics point to the city’s decision to make taxpayers bear ¥79bn at the request of the resort’s prospective operators, MGM Resorts International and the Japanese financial services group Orix, towards the cost of protecting Yumeshima against soil liquefaction.

Foreign casino operators have spent years lobbying Japanese authorities for access to a market that could generate huge profits, estimated by some analysts at $20bn a year, if three casinos are built.

Despite the long ban on casinos, Japan is a nation of keen gamblers: horse, speedboat, motorcycle and keirin bicycle racing together bring in the equivalent of billions of dollars a year, while pachinko, a pinball-like game, generated ¥14.6tn in sales in 2020, according to the Japan Productivity Centre’s leisure white paper.

But there is a downside. A 2017 study by the health ministry found that about 3.2 million people – about 3.6% of the adult population – were thought to be addicted to gambling, far higher than the 1.2% in France, for example. The high rate of addiction is largely blamed on pachinko, in which players get around strict gambling laws by exchanging prizes or tokens for cash off the premises.

Teruo Sakurada, a professor at Hannan University in Osaka, believes the central government will reject Osaka’s bid owing to “irregularities” in its application.

“This is all about money for the operator and the Japanese firms involved in building and running the resort,” said Sakurada, who heads a group campaigning to scrap the Yumeshima casino plan. “Local companies have lost a lot of their power and influence in recent years, and this is a way for them to reassert themselves and divvy up the profits among themselves.”

Polls by media organisations show that about 60% of Japanese oppose casino construction. 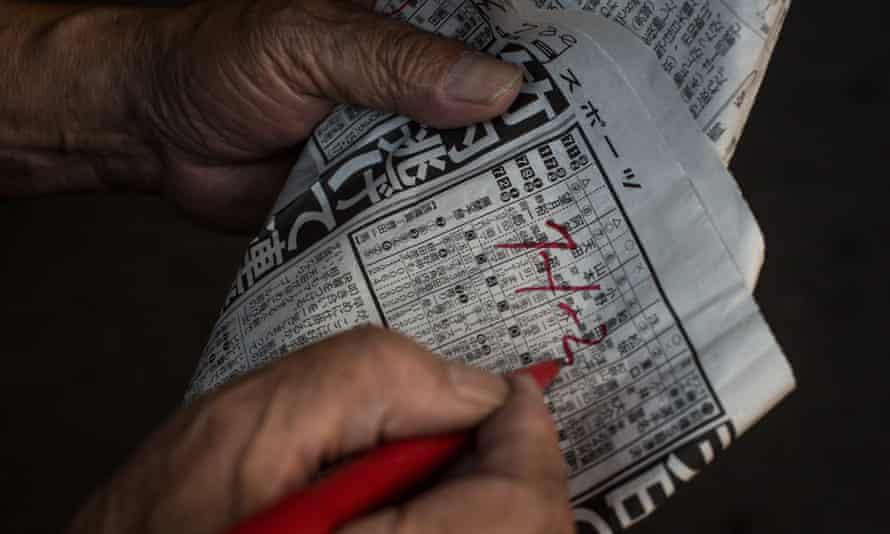 A punter writes down his picks on a form guide during keirin races in Kawasaki. Photograph: Chris McGrath/Getty Images

In an attempt to address concerns that the resorts will create a new generation of gambling addicts, only three sites will receive operating licences. Japanese nationals will have to pay a ¥6,000 admission fee and be limited to up to 10 visits a month. In addition, each casino will occupy no more than 3% of the resort’s total area.

“What I object to most is that these casinos are aimed mainly at Japanese people,” said Sakurada, whose group has called for a local referendum on the Yumeshima project, confident that a majority of the city’s residents will vote it down. “If the casino is built, they will have to pay for the land to be developed, and they will continue to pay in other ways, such as a rise in gambling addiction.”

Joji Kokuryo, the managing director of the Tokyo-based casino industry consultancy Bay City Ventures, conceded that there were no guarantees the central government would approve the casino applications, despite their potential economic benefits as “tourism gateways”.

The casino cause was not helped last year when Tsukasa Akimoto, then a deputy minister in charge of tourism and casino promotions, was sentenced to four years in prison for taking millions of yen in bribes from a Chinese gambling operator that was hoping to start a casino business in Japan.

Osaka and its rivals will be keen to learn from the experience of Yokohama, whose former pro-casino mayor pushed ahead with an integrated resort bid despite public opposition, only to be voted out in favour of a candidate who promptly ditched the city’s casino ambitions.

“If the Yokohama story has taught us anything, some form of local consent, either through elections or referendums, look to be a necessary step for integrated resort development to start on the right foot,” Kokuryo said.