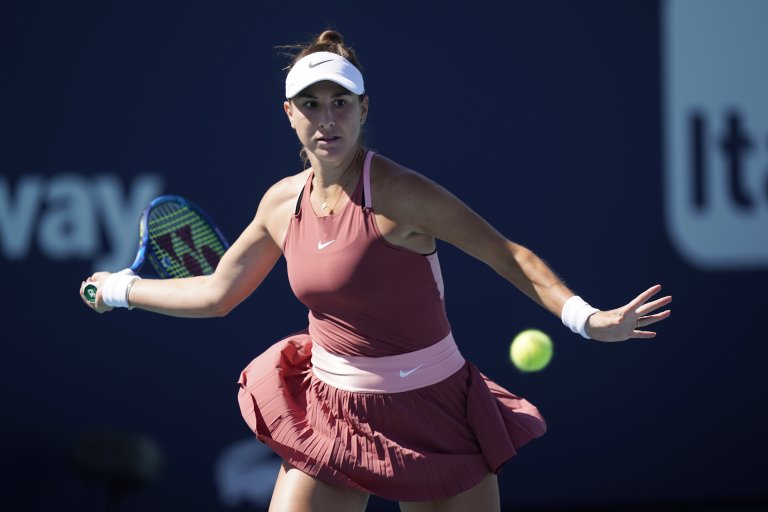 The semifinals of the WTA Miami Open will take place on Thursday, March 31st
Belinda Bencic and Naomi Osaka will go head-to-head
Continue below for odds, preview and best bet analysis

The first of two semifinals have been set on the women’s singles side of the Miami Open. 22nd seed Belinda Bencic will go head-to-head against former World No. 1 Naomi Osaka for the fourth time on Thursday.

Both players have put on a show this past week and a half down in Miami. Neither has dropped a set on route to this semifinal match.

Neither player had the best odds heading into the tournament, but have since earned their spot in the finals four.

Odds as of March 30th at Draftkings.

Osaka is the favorite heading into this match, as she’s showing signs of playing like she did when she was ranked No. 1 in the world. It can get difficult for opponents when playing against Osaka at this level. Will Bencic be able to upset?

The 25-year old hasn’t given her opponents much opportunity to build much momentum through her first four matches here in Miami.

The Olympic gold medalist didn’t have the best showing heading into the Miami Open, with two first-round losses at the Qatar Open and Indian Wells Masters. But the Swiss has seemed to find her form at this tournament.

Has lost just 17 games over 4 matches:

Most recently, she defeated Australian Daria Saville in the quarterfinals, winning 6-1, 6-2. With the win she earned her spot in the semifinals of a WTA 1000 tournament for the first time since 2019 at the Madrid Open.

But it’s been exciting watching Osaka in Miami.

The 24-year old is unseeded and has dropped to No. 77 in the world, which has come with an extra match, having not received a bye. But she’s been dominant from the start.

Her most recent win was a 6-2, 6-1 quarterfinal win against ninth seed Danielle Collins, where Osaka recorded 13 aces with zero double faults.

Fifth Meeting Between Bencic and Osaka

One could say these two are fairly familiar with each other, as this is the fifth meeting between them. Their first meeting dates back to 2013, with their last three happening in 2019. Bencic currently holds the edge with a 3-1 head-to-head lead.

What’s interesting is that Bencic has won their last three meetings, which all came in 2019, when Osaka was a top seed and No. 1. Osaka took their first meeting way back in 2013.

These two are a couple of the best players on tour, which will make for an exciting semifinal match.

Despite being the underdog in the odds, Bencic will most likely be coming into this match fairly confident, given her success against Osaka.

A big thing that has changed in Osaka’s game is her mentality. She’s been pretty open about her struggles, and it has seemed to change her approach to the game. She looks to be pretty dialed in and focused at the moment, which could be the perfect recipe to close the gap a bit in her head-to-head record against Bencic.

On paper, this does look to be a match that will go the full three sets regardless of the winner.