The tennis ace and former PokerStars/partypoker ambassador has been jailed for hiding assets in a bankruptcy case. 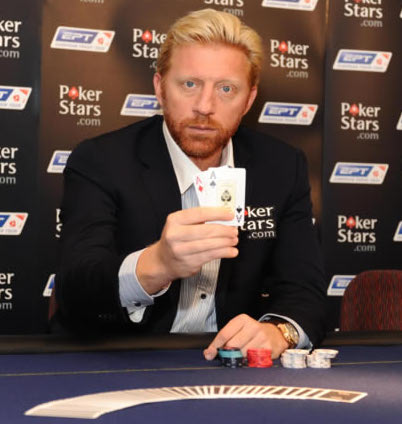 Former tennis legend and poker ambassador Boris Becker has been jailed for two and a half years for hiding assets to avoid paying debts.

The 54-year-old was found guilty of four charges under the Insolvency Act relating to his 2017 bankruptcy. He was accused of hiding £2.5 million worth of assets including a property in Germany (Becker has been a UK resident since 2012).

He has a previous conviction for tax evasion in Germany from 2002. Speaking in reference to this, Judge Deborah Taylor told him:

“You did not heed the warning you were given and the chance you were given by the suspended sentence and that is a significant aggravating factor. While I accept your humiliation as part of the proceedings, there has been no humility.”

Becker is one of the biggest names in tennis with six Grand Slam titles. However, he is also well known in poker circles, having previously been both a PokerStars ambassador back in 2007 and a partypoker ambassador in 2016. He also did some promotional work for GGPoker and Kings Casino in 2020.