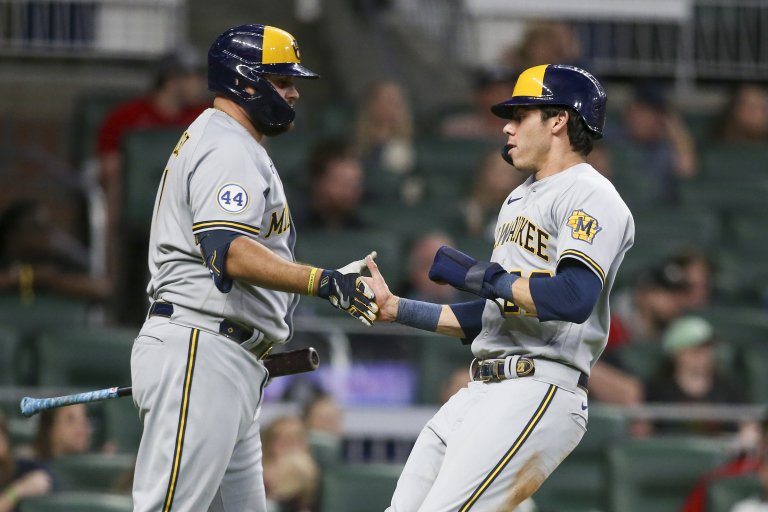 The Milwaukee Brewers and Cincinnati Res face off at Great American Ballpark on Monday, May 9th
Craig Counsell’s club has one of the best records in baseball, while David Bell’s crew has by far the worst
Read below for the Brewers vs Reds odds and betting preview

The Milwaukee Brewers (19-10) face the Cincinnati Reds (5-23) on Monday at Great American Ballpark. The series opener has a scheduled first pitch of 6:40pm ET. The Brew Crew will send Brandon Woodruff to the bump, while the home team counters with Luis Castillo.

Milwaukee is a road favorite and started the season as -195 favorites to win the NL Central — and has seen those odds shorten to -250. Meanwhile, the Reds have fallen off a cliff. Cincy began as +9000 longshots to win the division. But those odds have ballooned to +20000. Bell’s club is expected to win 75.5 games, while the Brewers are projected to win 88.5 in expected victory totals.

Odds as of May 8th at DraftKings Sportsbook.

Woodruff’s ERA over the first month of the season (5.18) is nearly two runs higher than his career numbers (3.33). But Milwaukee fans can’t complain too much, since Counsell’s guys are 4-1 when it’s been the two-time All-Star’s turn in the rotation. The 29-year-old was especially sharp in his last outing on Tuesday, when he went 5.2 innings, allowing four hits, three earned runs and no walks while striking out 12 in an eventual 6-3 victory against this same Cincinnati team.

Meantime, Castillo is making his 2022 debut on Monday. After a woeful first month for the Reds, however, the 2019 All-Star’s return comes too late. The 29-year-old has been resting a sore throwing shoulder and did not throw a pitch in Spring Training. He’s coming off a less-than-stellar year in 2021, going 8-16 (an MLB-worst) and issuing a National League-worst 75 walks.

Woodruff has been one of the better pitchers in baseball since becoming a fixture in Milwaukee’s rotation in 2019. He’s coming off a 2021 campaign that saw his finish with a sub-.500 record (9-10), but also finish with a career-low 2.56 ERA and strike out 211 batters in 179.1 innings. He finished fifth in NL Cy Young balloting — an award won by teammate Corbin Burnes.

As for Castillo — who harnessed his off-the-charts potential during the 2019 season when he went 15-8 with a 3.40 ERA over 190.2 innings and striking out 226 batters — the last two-plus seasons have been frustrating. He’s posted a combined 12-22 record since and has been on the shelf in 2022 until now. On an encouraging note: he sure looked good in his last rehab start.

Luis Castillo was dealing in Indy 👊

The Brewers enter the series against their division foe having just lost two straight to the Braves. Charlie Morton and a quartet of relievers scattered four hits, with pinch-hitter Mike Brosseau getting a run-scoring single and another run scoring on a double-play grounder. Willy Adames (8 HR, 22 RBI) and Rowdy Tellez (7 HR, 24 RBI) have been the offensive headliners this year, with Tellez rocking Reds pitching last Wednesday for a pair of long balls and a franchise-record eight runs driven in.

Tellez hits it 453 feet for our second grand slam of the season AND the lead!#ThisIsMyCrew pic.twitter.com/Yx7C762nnJ

Meanwhile, the Reds are coming off a rare win — and first series victory of the season. Colin Moran hit a grand slam and a two-run homer against the Pirates as Cincy won 7-3.

The Brewers have +1400 odds to win the Fall Classic, while the Reds are +100000 longshots in the World Series odds.

Even with the Reds carrying a little momentum, I’ll take the road favorites in this spot.