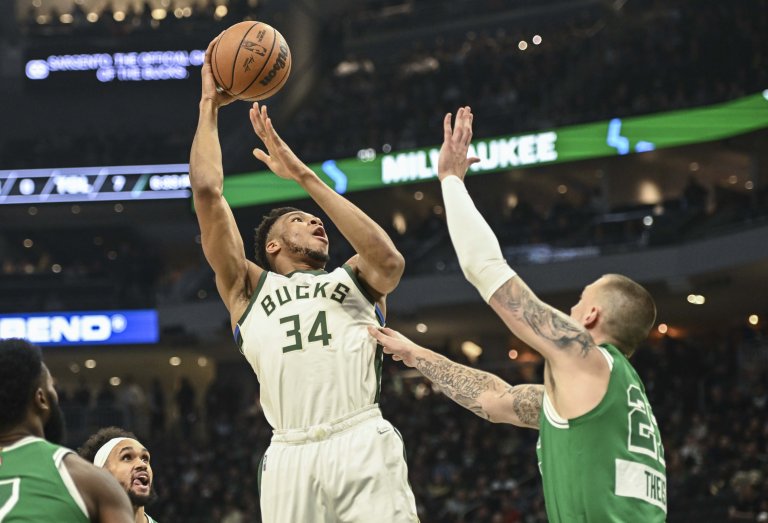 The Bulls visit the Bucks on Sunday for Game 1
Milwaukee is a heavy 10-point favorite for the series opener
Find the Bulls vs Bucks odds, lines, preview, and  prediction below

The Chicago Bulls officially make their return to the playoffs on Sunday as they begin a first-round series with the defending champion, Milwaukee Bucks. The tip-off is scheduled for 6:30 PM ET at Fiserv Forum. Read on for the Bulls vs bucks prediction.

Chicago struggled to finish the campaign, going just 4-6. The Bucks meanwhile, won three of their last four games prior to the postseason. This matchup has been extremely lopsided though, with Milwaukee winning all four meetings. In the process, they outscored their East rivals by an average of 14.7 points, including a 21-point blowout on April 1st.

Odds as of April 16th at FanDuel

Given the Bucks’ recent dominance of the Bulls, they head into Game 1 as a heavy 10-point home favorite. Although Illinois online sports betting may see some action from Bulls fans hoping for an upset in the opener.

It’s no doubt the playoffs are a whole different beast than the regular season. That’s exactly what Chicago will be thinking ahead of this opening round. Billy Donovan’s had zero success against the Bucks, which doesn’t bode well for the Bulls. On top of that, they went just 2-21 against playoff teams during the campaign. Nevertheless, DeMar Derozan and Zach LaVine will be looking to make life tough on Milwaukee.

The Bulls’ offense mostly runs through the superstar duo. DeRozan had a tremendous year, averaging 27.9 points, 5.2 rebounds, and 4.9 assists per night, essentially carrying this squad at times. LaVine meanwhile put up 24.4 points, 4.6 rebounds, and 4.5 assists on a 38% clip from long range.

The Bucks’ stout defense will be doing everything imaginable to slow these two down, which means the likes of Coby White, Ayo Dosumnu, and Nikola Vucevic, among others, must rise to the occasion when called upon.

Here we go. See you in Milwaukee. pic.twitter.com/omDQKD7IXJ

Although Chicago does shoot the ball extremely well from beyond the arc (37%), they shot just 30% in their four games and while Milwaukee is elite at defending the paint, the champs allow the most three-point attempts in the league. It’s not exactly a category the Bulls rely on heavily (29th-least attempts per night), but Chi-Town might have to try and get it going more if scoring inside becomes difficult.

Milwaukee had its ups and downs this season due to injuries, but they managed to end the campaign on a high note. The squad is now at full strength and ready to do some serious damage.

By no surprise, Giannis Antetokounmpo was the leading catalyst,  posting MVP type numbers of 29.9 points, 11.6 rebounds, and 5.8 assists. He’s currently top-three in the NBA MVP odds. There is essentially no one in the Association who can stop The Greek Freak and that will once again be the case in this series.

Giannis has all of them. pic.twitter.com/PeckqXqmFz

The Bucks are fundamentally sound on both ends and have tons of championship experience from last year’s run. Khris Middleton is the perfect right-hand man to Antetokounmpo while Jrue Holiday is arguably one of the best perimeter defenders around. Milwaukee’s attack revolves around the three-ball, shooting 36.6% on 14.1 attempts per night. Coincidentally, Chicago is hopeless at containing their opponents from deep, allowing them to drain the trey at a 36.6% clip.

The Bucks also went an impressive 27-14 on their home floor in 2021-22 and you better believe Fiserv Forum will be absolutely rocking on Sunday ahead of the first playoff game in the building since the team lifted the Larry O’Brien Trophy last summer.

I just can’t look past the Bulls’ horrid record against top-tier teams. They could have a big shooting night in Game 2 or 3 and pull a win out, but the opener will go the way of the Bucks in an electric atmosphere in Milwaukee. Take them to cover.