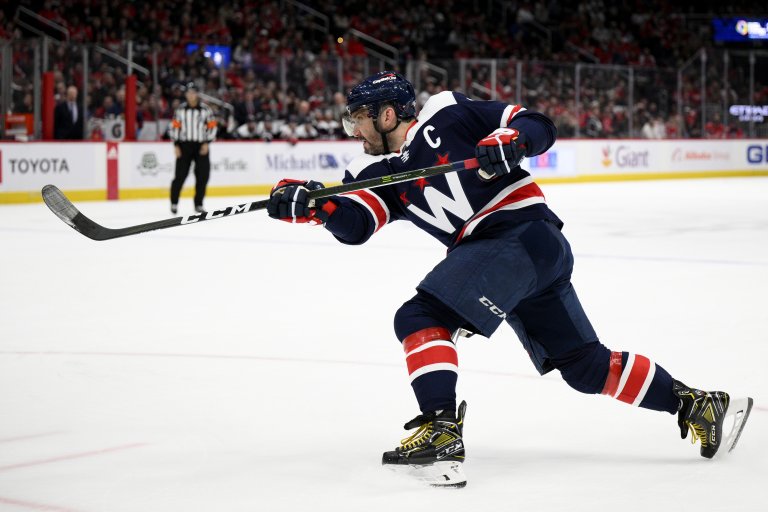 The Florida Panthers are -230 home favorites to win Game 1 of the Stanley Cup Eastern Conference opening-round series over the Washington Capitals on Tuesday, May 3
Capitals captain Alex Ovechkin, battling an upper body injury, is expected to play Game 1
See the Game 1 Capitals vs Panthers odds below plus betting picks

It’s difficult to believe the Florida Panthers have the second-best odds to win the Stanley Cup  when you consider that the franchise has not won a playoff series since Bill Clinton was United States president.

The Panthers’ last playoff win came in 1995. Florida reached the Stanley Cup Final that season. This season’s Panthers () won the President’s Trophy for owning the league’s best record. The Panthers are a dynamic scoring team, and a team that is difficult to play against because of their aggressiveness. They boast above-average goaltending and not many teams are hungrier than the Panthers when it comes to playoff success.

At the trade deadline, the Panthers made themselves stronger by adding shutdown defenseman Ben Chiarot who played for the Montreal Canadiens last season when they reached the Stanley Cup. Florida also acquired Claude Giroux, a first-line forward who made the team even more dangerous offensively. Giroux registered 23 points in only 18 game

The Panthers have been a full service team all season. That’s the simplest explanation for why they are -230 favorites to win Game 1 of their best-of-seven series with the Washington Capitals.

Odds as of May 2 at Caesars Sportsbook.

Puck drop is scheduled for 7:30 pm ET at BB&T Center in Sunrise, FL. The broadcast will be carried by ESPN2.

Both the Capitals and the Panthers received good injury news over the weekend. Aaron Ekblad (lower body injury) practiced Sunday and is expected to play Game 1. He hasn’t played since March 18.  Ekblad will be on Florida’s No. 1 defense pairing with MacKenzie Weegar.

Meanwhile, Alex Ovechkin fully practiced. Coach Peter Laviolette said he was “trending” toward being ready for Game 1 against the Panthers. It’s been 19 years since the Capitals played a postseason game without Ovechkin.

Capitals coach Peter Laviolette traditionally doesn’t divulge much information about his goaltenders during the playoffs. He hasn’t offered any hints about who his starter will be in Game 1.

Neither Ilya Samsonov or Vitek Vanecek played particularly well in April. Samsonov posted an .884 save percentage compared to Vanecek’s .875. However, Samsonov played three of the four games against Florida this season.

The Panthers should have a distinct advantage in net. Sergei Bobrovsky is a two-time Vezina Trophy winner with 41 playoff games on his resume

Also said Alex Ovechkin (upper body) continues to move in right direction, there were no restrictions on him again today & they’ll see how he feels in the morning.

The Panthers don’t have a history of good playoff karma. They have missed the playoffs 18 times over the last 25 seasons. They are 0-7 in their last seven playoff series. But this is the fact that matters: The Panthers were the NHL’s No. 1 offensive team (4.11 goals per game) this season and they are now facing a team that has the No. 24-ranked save percentage (.902). No other playoff team owns a save percentage that low.