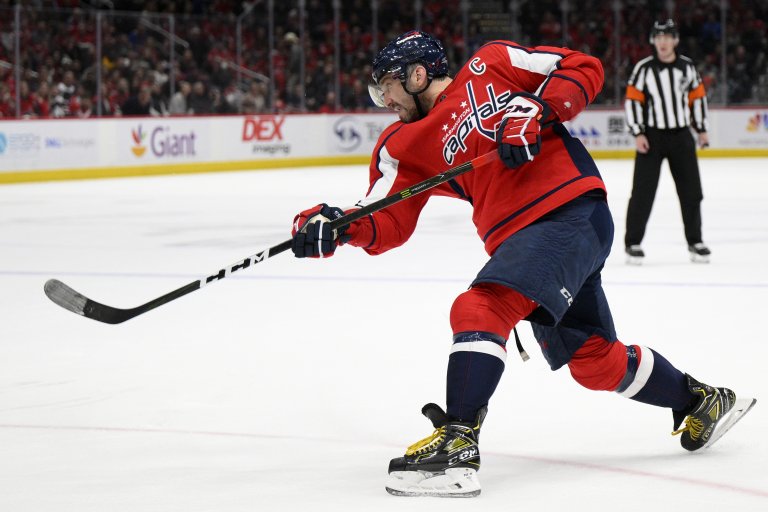 The Washington Capitals visit the Pittsburgh Penguins on Saturday, April 9th
The Capitals are six points back of the Penguins for third place in the Metropolitan Division
Read below for Capitals vs Penguins odds, picks and predictions

It’s a Saturday afternoon matchup on ABC when Alexander Ovechkin and the Capitals visit the Penguins at PPG Paint Arena. Puck drop is scheduled for 3:00 pm ET in the fourth and final regular season meeting between these two teams this year.

Although they’ve been struggling of late, with four losses in their last five games, the Penguins are -148 home favorites for this matinee affair.

Let’s check out all the Capitals vs Penguins odds and offer you our NHL best pick for Saturday’s contest.

Odds as of April 8th at Barstool Sportsbook

Despite the Penguins recent slide, they’re -148 odds on the moneyline gives them a 59.68% implied win probability to defeat their divisional rivals. The total sits at 6.5 which hints that oddsmakers are expecting a lot of scoring in this matchup, although Pennsylvania online sports betting betting seems to be siding with the under.

This will be the Capitals first road game in two weeks and based on recent road performances, they should be looking forward to it. Washington went 5-0-1 in the month of March with their only loss coming in overtime to the Oilers.

Washington had a tough month of February, but seem to be finding their game for the stretch run. Since the beginning of March, they have a 10-4-1 record. The oddsmakers aren’t showing much love to Ovechkin’s squad, at +3000 they have the longest Stanley Cup odds of any Eastern Conference team in a playoff position.

The over has hit in eight of the Capitals last 10 contests. Throughout the course of the season, Washington has gone over the betting total in 57.1% of their games.

Ovechkin has 43 goals with 12 games left in the season, and while his Rocket Richard Trophy odds have fallen off, his teammates will be looking to help him become only the third player in NHL history to attain nine 50-goal seasons. Mike Bossy and Wayne Gretzky are the only ones to hit the 50-goal mark that many times.

Sidney Crosby’s status is currently listed as questionable for Saturday’s game against the Caps. The Penguins captain sat out Pittsburgh’s 3-0 shut out loss to the Rangers with a non-Covid related illness.

A number of ailments have contributed to Crosby missing 13 games so far this year, which has ended any chance he might’ve had in the Hart Trophy odds. Incredibly, he will average at least point per game for his 17th consecutive season.

Sidney Crosby’s 70 points (25G-45A) in 56 games this season ensure that he will average a point per game for the 17th time in his career. pic.twitter.com/ociSM2lZBq

Things have not been going well for Pittsburgh lately. They basically cost themselves any chance of second spot in the division and home ice advantage in the aforementioned loss to the Blueshirts.

That was their 3rd loss to New York in the span of two weeks and their real concern now isn’t chasing the Rangers, but making sure the Caps don’t catch them for third place in the Metropolitan Division. If that happens, it will force Pittsburgh into a Wild Card playoff spot.

Washington is six points back of the Pens, but the Caps have two games in hand and could really cause problems for Pittsburgh if they win on Saturday. Overall, the Penguins have lost four of their last five games to put themselves in this predicament.

The road team has won six of the last eight games when these two teams have faced each other.

Crosby’s questionable status throws a curve into our betting approach for this game in the Saturday NHL odds. They have won just five of 13 games without him in the lineup this season.

Sidney Crosby, John Marino, and Radim Zohorna are out of the lineup with non-COVID illnesses. pic.twitter.com/Keb7qWwM4e

Rather than picking which team will emerge victorious, the trends point to betting the over/under odds as a higher percentage proposition in this game. Seven goals is a magic number for the Capitals of late and provides us with a quirky stat. They have combined with their opponent to hit that exact total in seven of their last 10 games.

The over has hit in five of the last six matchups between these two sides and the Capitals have hit the over in their last seven games against Eastern Conference opponents. Propelled by the Great 8, expect that streak to extend to eight and bet over 6.5 goals at Barstool Sportsbook.