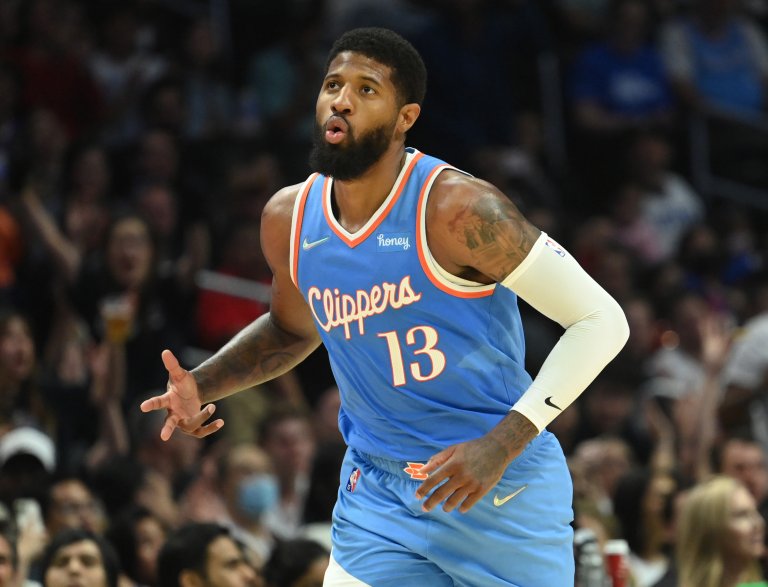 The NBA’s Play-In Tournament has garnered mixed reviews from both players and fans, but let’s face it, there aren’t too many things better in sports than must-win games.

That will be the case on Friday as the eighth and final playoff spot in both the East and the West will be up for grabs.

Atlanta takes on Cleveland to get things started, while LA hosts in New Orleans in the nightcap. The Clippers blew a chance to secure the seventh seed earlier this week, but oddsmakers are expecting them to get the job done versus the Pelicans.

Odds as of April 14th at FanDuel Sportsbook.

Los Angeles opened up as a 4-point favorite, in a contest that features a total of 216. Tip-off is scheduled for 10pm ET at the crypto.com Arena, and as of Thursday night the majority of bettors are siding with the Clippers.

Per the NBA public betting trends, 61% of the spread wagers and 53% of the ATS money is on LA. As for the total, 72% of the tickets are backing the over, while 56% of the total money is also leaning that way.

It’s safe to say the Clippers exceeded expectations this season. They played the entire season without their number one talent Kawhi Leonard, while their clear number two Paul George missed three full months.

Despite the injuries they still managed to finish two games above .500, with George returning at the end of March to help them finish on a 6-1 note.

paul george too smooth man i could watch this all day. he’s on one tonight. pic.twitter.com/YSEgqSVRRH

Unfortunately, they couldn’t keep the momentum going on Tuesday in the Play-In battle for seventh. They wound up falling 109-104 to the Timberwolves, squandering a 34-point performance from George. Reggie Jackson added 17 points, while Norman Powell splashed 16, but the team shot just 43% and was dominated down low.

Minnesota outrebounded them by 10, and outscored them 36-24 in the paint. The Clippers finished bottom-four in points in the paint this season, which could spell trouble against a Pelicans team that ranked top-11.

On the injury front, Luke Kennard missed Tuesday’s contest with a hamstring injury and is officially listed as questionable.

New Orleans kept its season alive on Wednesday by downing San Antonio 113-103 in the 9 vs 10 Play-In game. The trio of CJ McCollum, Jonas Valanciunas and Brandon Ingram did most of the damage, combining for 81 points, 25 rebounds and 15 assists.

The Pelicans dominated the Spurs down low, outrebounding them by 19 and outscoring them by 18 in the paint. They shot 54.3% from the floor, while holding San Antonio to just a 40.7% clip.

New Orleans finished 5-3 down the stretch, although it’s important to note that each of those three losses were to teams who qualified for either the playoffs or the Play-In Tournament, including a 119-100 defeat to the Clippers.

That was LA’s only victory over New Orleans this season however, as the Pelicans took the other three meetings. Three of those four outings fell short of the total which has been a common theme in Clippers games this season.

LA grades out eighth in defensive rating and 11th in scoring defense. Strong play in their own end has led to 31 of their 53 conference games failing to eclipse the total, including four of their past five.

wheels up. deuces up. off to LA ✌️ pic.twitter.com/aSEGI6m4l0

Under tickets have been cashing at a high rate in Pelicans games as well, especially on the road. Ten of the past 14 New Orleans contests have fallen short of the total, while the under is 26-15 in their road outings.

Another reason to like the under on Friday is the slow pace at which both teams operate. The Pelicans play as the 10th slowest pace in the league, while the Clippers run the 12th slowest offense.