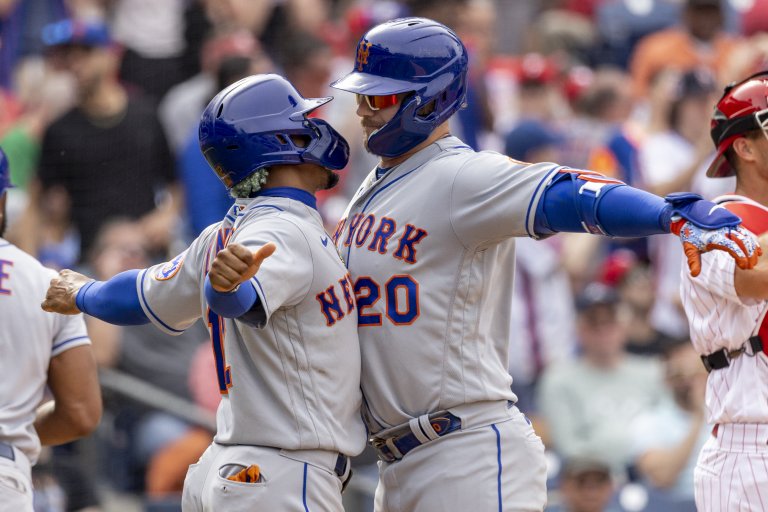 Two teams headed in complete opposite directions square off for some afternoon baseball on Saturday. The Mets host the Diamondbacks in Game 2 of their three-game set, after New York kicked off the weekend with a 10-3 drubbing of Arizona.

The win moved the Mets to 6-2 this season, while the Diamondbacks fell to 2-5. Arizona projects to be one of the weakest teams in the NL this season and it’s no surprise they’re underdogs again on Saturday.

The Mets opened up as -160 moneyline favorites, in a contest that features a total of 8 runs. First pitch is scheduled for 1:10pm ET at Citi Field, with cloudy skies and 64 degree temperatures currently in the forecast.

New York, a top-eight contender in the World Series odds, will send veteran Carlos Carrasco to the mound on Saturday. The 35-year-old is fresh off a strong season debut, after his 2021 season was cut short due to elbow surgery.

Carrasco looked like his former self against the Nationals, holding them to a single run over 5.2 innings, while striking out five. The one-time 18-game winner has seen his velocity dip to 93mph following surgery, but had no problem peppering the strike zone. 50 of the 72 pitches he threw were for strikes, and he yielded just a 28.6% hard hit rate.

He has little experience against this Arizona lineup, but as we’ll dive into later, this is not a team to be weary of.

The Diamondbacks will counter with Zac Gallen who will make his first start of the season. Gallen was skipped in the rotation last week due to a finger injury, and is coming off the worst statistical season of his career.

Bryan Lavastida rips a Zac Gallen FB for a 2B. pic.twitter.com/hSXZX2tUTw

Gallen was 2-3 away from home in 2021, yielding 33 runs in 59 innings of work. He has pitched well over his career against the Mets (0-1, 3.18 ERA), but previous renditions of New York’s lineup have been nowhere near as potent as this season’s.

The Mets power was on full display in the series opener, as they belted four home runs. Francisco Lindor went deep from both sides of the plate, while Starling Marte and Robinson Cano also homered.

Lindor, a longshot NL MVP odds contender, now has three home runs in eight games, after he needed 33 contests to reach that mark a season ago. Pete Alonso has already amassed 12 RBI, while New York ranks top-four in slugging and runs per game.

Most RBI through eight games of a season, Mets history:

Injury wise, Mark Canha and Brandon Nimmo, who are hitting .381 and .333 respectively this season, have both been placed on the injured list due to being close contacts to a positive COVID-19 case.

As for Arizona, there’s a reason why they have the lowest over/under of any NL team in the MLB win totals. They rank last in slugging and OPS, and are averaging just 2.57 runs per game. Eight of their nine starters are hitting .167 or lower, with the lone exception being first baseman Seth Beer.

The Mets have won 11 straight over the Diamondbacks at Citi Field, outscoring them 61-21 in the process. New York starters are a perfect 6-0 to start the season, while the Mets own a +22 run differential.

Arizona on the other hand, has a -16 run differential and has been outscored 32-14 over its last five games. Laying the chalk in this spot certainly makes a lot of sense.