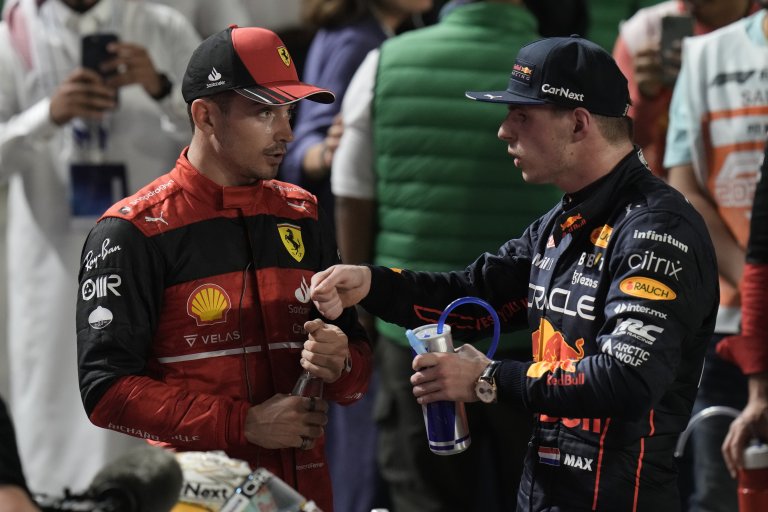 Formula 1 racing returns to Australia for the first time since 2019 with this weekend’s running of the Australian Grand Prix
Max Verstappen is the favorite to claim a second straight victory, while Charles Leclerc bids for a third straight finish on the podium
Read on for all the odds and trends ahead of Sunday morning’s running of the 2022 Australian Grand Prix at Albert Park in Melbourne

Formula 1 racing returns to Melbourne for the first time in three years with this weekend’s running of the 2022 Australian Grand Prix. Fresh off his thrilling victory in Saudi Arabia two weeks ago, Max Verstappen has emerged as the betting favorite in the Australian Grand Prix odds at +115. However, the reigning F1 champion is once again expected to face a fierce battle with Charles Leclerc. The Ferrari driver currently leads the way on the F1 Drivers Standings and closely trails Verstappen as a +145 second favorite.

Here’s a look at all the 2022 Australian Grand Prix odds and trends with the race scheduled for 1:00 AM EST on Sunday morning at Albert Park Circuit in Melbourne.

Odds as of April 7th at FanDuel Sportsbook

It was a tough start to the 2022 F1 campaign for Max Verstappen, who failed to finish the season-opening race in Bahrain due to a fuel pump failure. The reigning champion responded with a big effort in Saudi Arabia. Verstappen trailed Leclerc for most of the race, before overtaking his Ferrari rival with just four laps remaining.

Track changes in Melbourne should benefit Verstappen, whose Red Bull ride is the fastest on the circuit in straightaways. However, success in Australia has been elusive. Verstappen has failed to earn a checkered flag in four previous appearances in Melbourne, claiming a spot on the podium just once over that stretch.

Now looking to reach the podium in three straight races for the first time since 2019, Leclerc also faces a big challenge in overcoming past disappointments in Melbourne. Both Leclerc and teammate Carlos Sainz have benefited from the new power unit in the Ferrari F1-75.

Ferrari is expected to increase their engine power after the first 5 rounds of the season.

The Scuderia’s current focus is to collect data on reliability before maximising the true potential of the power unit.

Leclerc has publicly suggested that it will be difficult to maintain pace with Red Bull on the new-look course at Albert Park. However, other reports suggest that Ferrari have not yet fully exploited their new power unit. Indeed, with the introduction of additional DRS zones in Melbourne, the stage is set for another hard-fought duel between the Red Bulls and Ferraris.

❌ Lewis Hamilton is OUT of qualifying in Q1!

😳 Last time he was knocked out in Q1 was Brazil 2017! pic.twitter.com/4eVvc4iUVd

It has been a difficult start to 2022 for the Silver Arrows. Hamilton endured a brutal qualifying session in Saudi Arabia and was forced to start from No. 16 on the grid on his way to a disappointing 10th-place finish. The seven-time world champion also struggled in Bahrain but managed to eke out a spot on the podium after both Red Bulls were bounced from the race due to technical problems.

Mercedes will not bring a new ‘low downforce’ rear wing to the #AustralianGP as previously expected.

George Russell previously stated that he saw no reason for the team’s pace improving this weekend.#F1 #AusGP #Melbourne #Mercedes pic.twitter.com/DYjoxRGNhd

It has also been a disappointing Mercedes debut for Russell. The 24-year-old Englishman has struggled at times in qualifying but has made the best of a difficult situation with top-five finishes in his first two outings of the season. However, Russell has made just one previous appearance in Melbourne, turning in a 16th-place performance for Williams Racing in 2019.

2021
Race not held due to pandemic

2020
Race not held due to pandemic

While Mercedes have struggled, Hamilton’s former teammate Valtteri Bottas has enjoyed a solid start in his debut with Alfa Romeo. Bottas has impressed in qualifying in the first two races of the season. The 32-year-old Finn started and finished in sixth in Bahrain, and was poised to finish in the points once again in Saudi Arabia before being forced to retire due to technical problems.

While the reliability of Alfa Romeo’s Ferrari-powered C42 has emerged as a cause for concern, Bottas’ reliability on the track in Australia is not. Bottas returns to Melbourne as the Australian Grand Prix defending champion and has tallied three career top five finishes at Albert Park. And for those looking for a value wager in the Australian Grand Prix odds, Bottas is an intriguing option as a +220 bet to crack the top six.