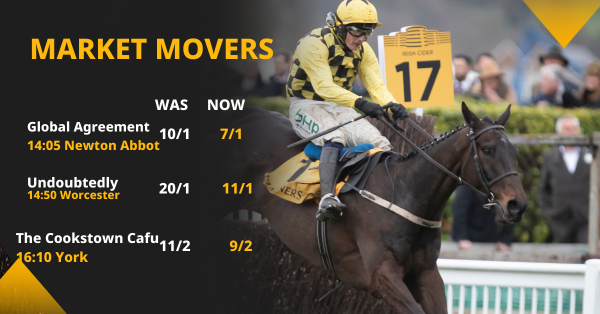 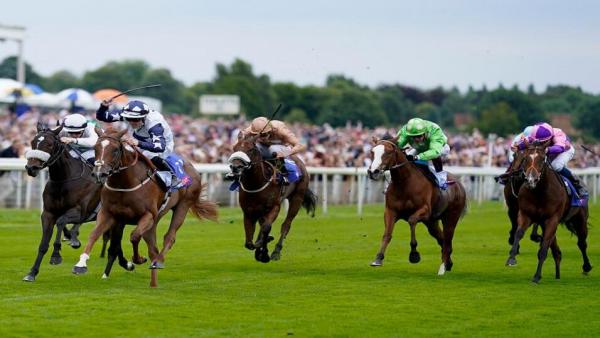 There are six races live on ITV today, starting with the 13:50 at York, where the unexposed Gaassee 2.47/5 will make his seasonal return and takes a step up in class, and trainer William Haggas has a 27% strike rate when returning horses from 145 days or more at York.

Still, Global Storm 9.08/1 represents Charlie Appleby, who has a 26% strike rate from his last 28 runners and has booked Harry Davies to claim seven pounds, and the pair have a 50% (2-4) record this season and looks the value in the race.

At Newton Abbot in the 14:05, Paul Nicholls saddles Tulin 2.56/4, and the trainer boasts a 28% strike rate here and partners with Angus Cheleda and together, they have a 20% strike rate.

In the 15:35 Tattersalls Musidora Stakes at York, Emily Upjohn 1.84/5 will lay her Epsom Oaks claims on the line. Her trainer John Gosden has won this race five times since 2011.

The 16:10 at York is the finale on terrestrial TV today. Sambura 2.111/10 could be miles ahead of the handicapper off this opening mark judged on his debut win at Yarmouth. Still, he is well found in the market, and the each-way play could be Mojomaker 7.06/1 as William Buick looks to maintain his (1-1) 100% record for trainer David Loughnane. 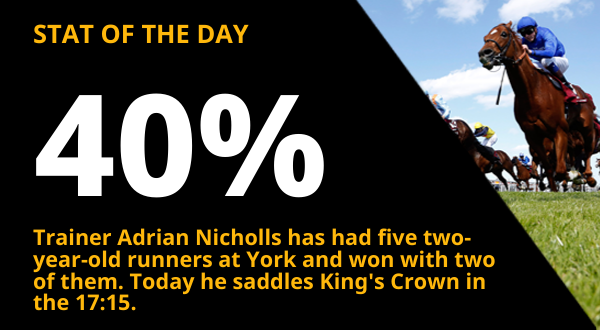 Today’s furthest traveller is trainer Mrs I McKie, who has made the 384-mile journey with the one runner Takethepunishment 2.35/4 in the 20:10 at Perth.

We head to York and tackle their opening 13:50 contest because I think one horse has been significantly underestimated from an each-way perspective.

That horse is Global Storm, who arrives off the back of an excellent Group 2 third behind Hukum at Meydan when denied a clear run in the closing stages and drops back into handicap company today armed with a very talented claimer in Harry Davies.

His latest performance was a career-best effort recording an RPR of 111, and he has a race fitness edge over many of his rivals. He was running a good race before having the door shut on him multiple times in the Ebor at this venue, and there is no reason as to why he won’t run his race and be in the mix at the business end.

He may fall short of the unexposed favourite, but that one needs to improve significantly on the bare form, so it’s baffling as to why this standard setter is as big as 9.08/1.

Gaassee looked potentially Group material when making a mockery of his opening handicap mark of 85 at Kempton when last seen, but this will be his toughest assignment to date.

He looks a smart prospect for sure but has been well found in the market and has it to prove up in grade on seasonal return, so he can be left alone.

Forza Orza has proved very popular, and as I always say, that’s never a good sign. I followed this horse for much of last season with a close eye, and he is not the most reliable, often flattering to deceive. Still, he arrives fit and well and on an upward curve and should play a hand in the finish, although it would be a surprise if one or two were not stronger at the death.

This race likely revolves around Gaassee, but there are too many unknown variables to be taking a punt on one so short up in grade. The offering is the rock-solid Global Storm, who has no negatives to his chances, is officially the highest rated in the field, has a talented claimer and takes a big drop in grade.

Get Moore from Ryan on York rides 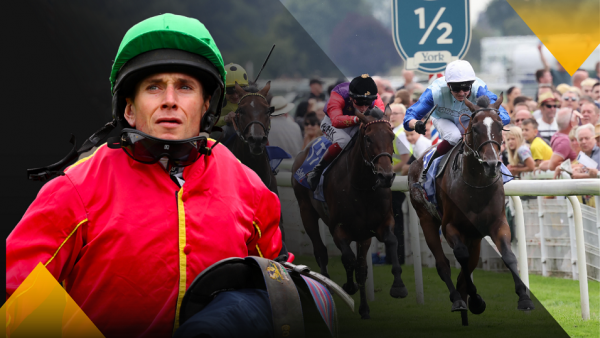 Betfair Ambassador Ryan Moore discusses the chances of his three rides at York on Wednesday including in form Garrus in the 15:00…

What easily obtainable information that isn’t shared do you think should be e.g. horses weight, height of fences (take off and landing), distance between fences/hurdles (changes at some tracks in the season)

Thanks for your question @CheltmentalFB. If anyone hasn’t seen Cheltmental’s page, he is well worth a follow.

This is a tough one, the more information you give people, the more the punters’ edge will erode but answering this from a general perspective, all of the above. I think fences at tracks should be categorised, i.e. stiff, medium, easy. When the jumping is the main aspect of a race, people should know the difficulty of the fences. It’s something that has always baffled me that it’s not so easily accessible.

On the flat, horses’ weight would prove very helpful. It would also be interesting to know what weight a horse was on their winning reappearance last year compared to how they line up this year.

Having worked in Britain and Hong Kong racing, there is big difference in the amount of information.
In Hong Kong, you have free, easy access to sectional times and the weight of a horse. Every gallop and workout, including swimming etc is recorded. Would you want that here?

This question ties in with @RossClarke789, who makes an excellent point about the comparisons with racing in Hong Kong. I would be an advocate for racecourse gallops and schooling races to be easily accessible on video or even an open and well-advertised invitation to watch.

Perhaps not so much the sectional times (although it is coming). I do think punters need to keep some sort of edge.

It was good to land the punt with Monaadah yesterday at Newcastle. I think he is well worth keeping on side once heading into handicaps. The pace was a sedate one (nine seconds outside of standard), and he was well-positioned, but I think it inconvenienced him considerably and the way he fought back once headed suggests that he will get further.

I wanted to highlight that race yesterday because it’s likely to work out well going forward and hopefully can provide us with a few winners in the coming weeks.

Until tomorrow, be lucky!