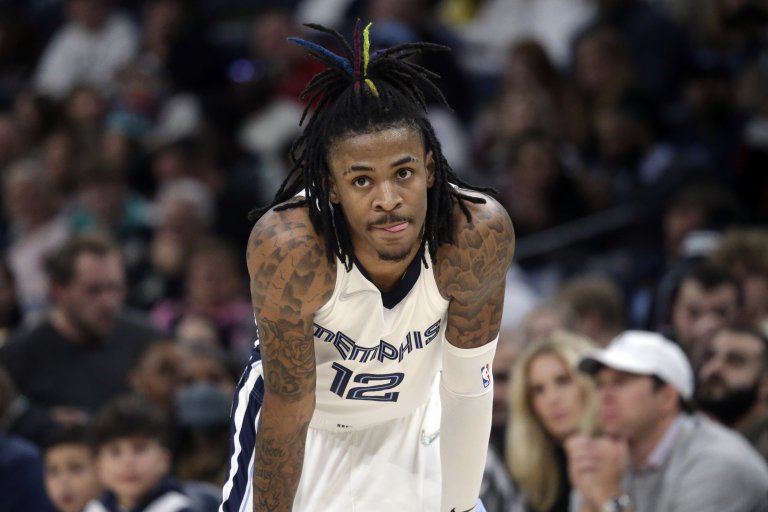 The Memphis Grizzlies are 6.5-point home favorites over the Minnesota Timberwolves in Game 1 of their NBA Western Conference quarter-final series on Saturday, April 16
Memphis is 30-11 straight up at home this season
The T-Wolves and Grizzlies split four regular-season meetings

During what’s turning out to be a special NBA season for the Memphis Grizzlies, the Minnesota Timberwolves have proven to be a persistent thorn in their side. Now, they get a steady diet of T-Wolves basketball for perhaps as many as the next seven games.

Certainly, when ranking the most intriguing NBA quarter-final series, this one is a contender for the title. During the regular season, the Grizzlies won 10 more games that the Timberwolves. But Memphis was just 2-2 against Minnesota.

Oddsmakers are opening strongly with the Grizzlies. Memphis is set as solid 6.5-point home favorites to win Game 1 of this best-of-seven set. Memphis is 27-14 against the spread at home this season.,

Tipoff for Saturday’s Game 1 of this series is set for 3:30pm ET at FedEx Forum. The broadcast is being carried by ESPN.

Memphis is a solid all-around spread bet this season. The Grizzlies are 52-29-1 ATS overall. They’re 32-18 ATS as a betting favorite. Minnesota is a strong over play on the road, going 30-11 thus far this season.

Memphis guard Ja Morant and Minnesota center Karl-Anthony Towns are the key players for their respective teams. Towns is averaging 24.6 points per game. He’s hitting 53% of his field goals and 43% from beyond the arc.

Morant is scoring 27.4 ppg. He’s also dishing out 5.7 assists per game and grabbing 6.7 rebounds per night while logging on average 33.1 minutes of court time.

No other player has more than 2. pic.twitter.com/Vf8PiTVpCD

Anyone who mistakenly thinks that these two players are the whole show for their respective teams simply hasn’t been paying attention. Morant missed 25 games due to a sprained knee. The Grizzlies went 20-5 straight up in those games.

Towns fouled out with 11 points during Minnesota’s play-in game against the Los Angeles Clippers. In his absence, Anthony Edwards and D’Angelo Russell combined for 59 points. Patrick Beverley pulled down a game-high 11 rebounds.

The key matchup in this series is how all-star Morant fares against the smothering, unyielding, persistent defensive game that Beverley brings to the floor.

According to NBA tracking data, Beverley limited the Memphis point guard to 14 points on 6-for-17 shooting over 20 minutes of head-to-head possessions during the four regular-season games between the Grizzlies and Timberwolves this season.

Minnesota’s defense is responsible for three of Morant’s six least efficient offensive performances during the 2021-22 campaign. Beverley’s mission will be to get under Morant’s skin and it starts with Game 1. He must bring that passion and energy without crossing the line into foul trouble.

However, if Morant is the one dictating how possessions will play out, there will be a lot of long nights for the Timberwolves and a short playoff stay for Minnesota.

Last season, Memphis stepped into the playoffs for the first time in three years off a play-in victory. The Grizzlies even shocked the Utah Jazz with a Game 1 triumph before succumbing.

Ending a four-season playoff absence, Minnesota is his year’s version of Memphis and the Grizzlies recognize the pattern. The #2 seed in the West, Memphis and Morant are seeking to prove that they are legit. Much like Trae Young did for Atlanta in last year’s postseason, Morant will want this to be his coming-out party.

The Memphis Grizzlies played the Minnesota Timberwolves 4 times this year and went 2-2.

All games were played without Dillon Brooks.

DB is 8-1 against the T-Wolves in his career. 🦹‍♂️ pic.twitter.com/Xm0fa3ADaA

Dillon Brooks (ankle) missed all four regular-season games vs Minny but is good to go for Game 1. He’s the closest thing the Grizzlies have to Beverley. Brooks is also 8-1 against the Timberwolves.

During the four regular-season games, the home team won and covered in each game. Count on that pattern continuing through Game 1 of this set.