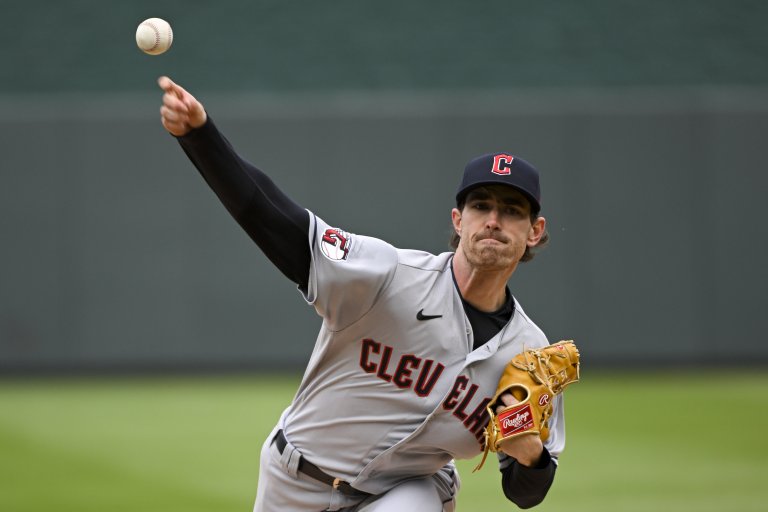 The Guardians and Reds begin a two-game set on Tuesday, April 12th
Both teams are 2-2 thus far
Read on for the Guardians vs Reds odds, lines, preview, and betting prediction

It’s the battle of Ohio on Tuesday as the Cleveland Guardians begin a two-game series with the Cincinnati Reds at the Great American Ballpark. The first pitch is scheduled for 4:10 PM ET.

Ace Shane Bieber gets the ball for Cleveland here after a solid first start. The Red meanwhile, send another righty to the bump in Tyler Mahle, who was brilliant last season.

Odds as of April 11th at Caesars Sportsbook.

The odds are favor the Guardians at -120 with Bieber on the hill. They’ve also won three of their last four games against Cincinnati dating back to 2021.

Bieber made just 16 starts last year because of a shoulder injury and the team made sure to be cautious with him on Opening Day. The right-hander threw just 4.2 innings vs. Kansas City but he was effective, giving up only one run while striking out four batters. The 2020 Cy Young winner also went 7-4 with a 3.17 ERA in 21′, striking out a whopping 134 hitters in 96.2 innings of work.

The Reds are a familiar lineup to Bieber, holding them to a .152 average across 52 at-bats. In his only outing against Cincinnati last season, the 26-year-old absolutely diced, tossing eight innings of three-run baseball while racking up 13 K’s. His Cy Young odds are the second-best in the AL right now as well at +700.

Mahle is arguably the ace of the Reds staff and he’s coming off a career year. The 27-year-old made 33 starts, posting an impressive 3.75 ERA. Although he did walk 64 in 180 innings, Mahle struck out 210 batters. He was handed a tall task on Opening Day as he faced the defending World Series champs, the Atlanta Braves. Mahle dominated them, however, giving up only three hits across five innings and one unearned run. The righty also collected seven K’s.

Insane reflexes from Tyler Mahle to catch this line drive to end the threat pic.twitter.com/nfWAZW7GXE

There are only five batters Mahle has pitched against on the Guardians roster. That being said, he’s actually struggled versus Cleveland in three career appearances, compiling a 5.84 ERA and an 0-2 record. He’ll be looking to turn around his fortunes on Tuesday.

The Guardians dropped the first two games of the season to the Royals, but they bounced back with a vengeance. Cleveland banged out 27 runs across the last pair of games, which both resulted in wins. Rookie Steven Kwan put on a clinic at the plate, going 5 for 5 on Sunday. He’s already making a name for himself in the AL Rookie of the Year odds.

On Monday, Franmil Reyes and Amed Rosario combined for four of the team’s 13 hits in a 10-7 victory. Jose Ramirez, who recently signed a new deal and is just outside of the top-10 in AL MVP odds, already smacked five hits in 12 at-bats as well in 2022.

Cincy Held Their Own Against Atlanta

The Reds split a four-game set with the Braves, winning the series finale on Sunday by a score of 6-3. Rookie Hunter Greene looked fantastic in his MLB debut, going five innings and giving up only three runs. The former first overall pick was consistently sitting around 100 mph and had no problem carving up a potent offense.

Hunter Greene lit up the radar as expected in his @MLB debut, delivering 20 pitches at 100+ mph, the seventh-most by a starter since Statcast began recording data in 2008.

Offensively, Kyle Farmer led the way in Atlanta, hitting .357. This lineup hasn’t fared that well against Bieber, but this being their home debut and all, expect the Reds to come out firing and looking to do some early damage.

Bieber’s track record vs. Cincinnati is too good to overlook here and Mahle has dealt with his struggles against Cleveland, who come in very hot at the plate. The last four meetings between these teams have been decided by three or more runs. That being said, take the Guardians to cover the runline.