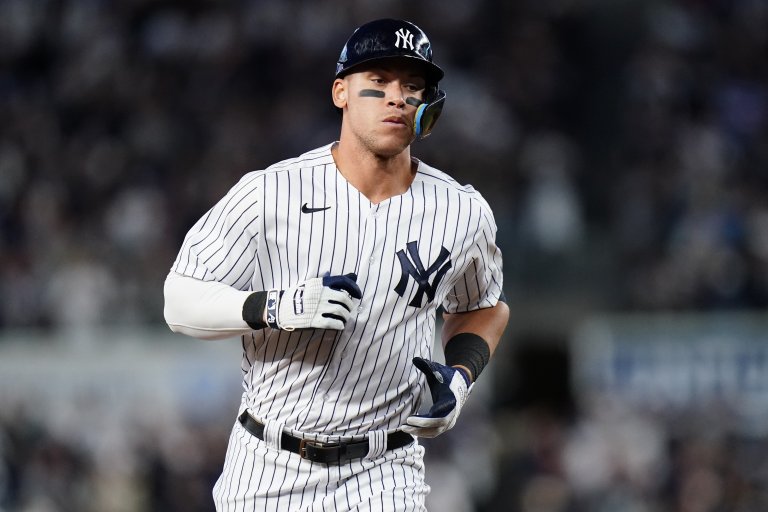 The Yankees are -190 home favorites over the Guardians on Saturday
Cleveland’s Kirk McCarty will make his MLB debut, starting against Nestor Cortes (0-0, 0.00) in a matchup of left-handers
A look at the matchup and odds can be found below with a pick

The New York Yankees will try to make it two straight against the Cleveland Guardians when the teams meet at 1:05pm ET Saturday at Yankee Stadium.

The Yankees (8-6, 5-3 home) won the series opener 4-1 on Friday night for their third win in the last four games. The Guardians (7-6,4-3 road) had their three-game winning streak snapped.

Odds as of April 22nd at Caesars.

The Yankees are -190 moneyline favorites in a game that will be televised on MLB Network (out of market only), giving them an implied win probability of 65.52% It is expected to be a partly sunny day in New York with a high of 58 degrees and wind from the south at 6-9 mph.

In a matchup of left-handers, the Guardians’ Kirk McCarty will face Nestor Cortes. McCarty will be called up from Triple-A Columbus to make his major league debut. Cortes will be working on five days of rest.

McCarty has been outstanding at Columbus, going 0-0 with a 0.79 ERA in three starts. He pitched 4.1 scoreless innings against Syracuse last Saturday in his previous outing, giving up two hits and two walks with four strikeouts.

Cleveland selected McCarty in the seventh round of the 2017 amateur draft from Southern Mississippi. The 26-year-old, who stands just 5-foot-8, has a 19-26 record and 4.31 ERA over five minor league seasons.

Cortes was dominant his last time out, striking out 12 over five scoreless innings Sunday against the Orioles in Baltimore while allowing three hits and walking one. He also pitched an immaculate inning, striking out the side on nine pitches, but had no-decision in a game the Yankees lost 5-0.

Yesterday, Nestor Cortes became the first @Yankees player in history to strike out 12+ batters in 5 innings or fewer. pic.twitter.com/ICiP4Qx0yX

This will be Cortes’ first career start against Cleveland. He is 0-0 with a 3.18 ERA in three relief appearances against the Guardians.

Cortes will be making his second home start of the season after holding the Toronto Blue Jays scoreless for 4.1 innings on April 12 in his 2022 debut. His start Sunday was his first on the road.

Aaron Judge’s two opposite-field home runs lifted the Yankees to victory on Friday night. His two-run shot in the third inning opened the scoring and his solo drive in the fifth inning accounted for the game’s final run.

Judge, whose AL MVP odds are +3000, also threw out a runner at third base.

Aroldis Chapman pitched a scoreless ninth inning for the save. That came after Michael King had eight strikeouts in three innings of relief.

Joey Gallo went 0-for-4 for the Yankees. That extended his slump to 1-for-23 and dropped his batting average to .122.

Cleveland got two hits each from rookie Steven Kwan, Josh Naylor and Amed Rosario while Franmil Reyes homered. Kwan raised his average to .395 but the Guardians struck out 15 times and were hitless in eight at-bats with runners in scoring position.

We mourn the loss of Steven Kwan’s incredible streak.

This is the first series of the season between the teams. They split 42 regular season games from 2015-21 but the Yankees beat Cleveland 3-2 in a 2018 American League Division Series and 2-0 in the AL wild card round during the pandemic-shortened 2020 season.

Cortes has yet to give up a run this season and McCarty has been almost as good in the minor leagues. Yankee Stadium is a tough place to make your big league debut but the Guardians are enticing as big underdogs.