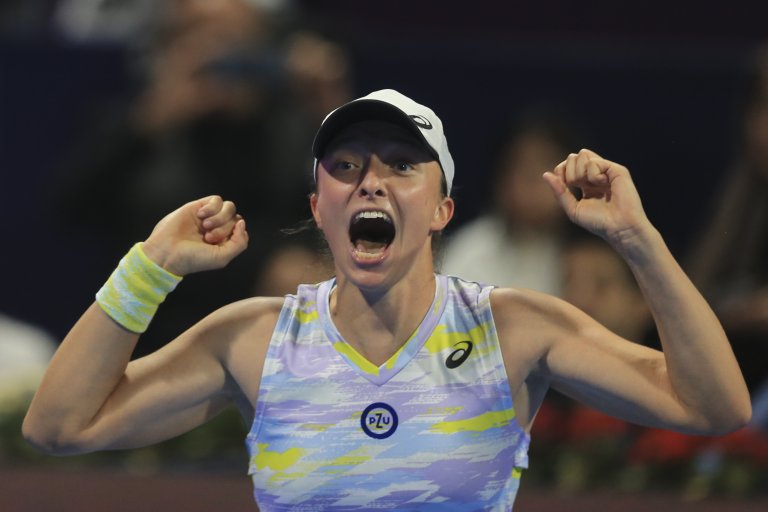 The two most in-form clay-court players, Iga Swiatek and Ons Jabeur, meet in the Rome final
Swiatek has a 27-match winning streak; Jabeur is up to 11. Something will have to give
The world No. 1 is a heavy favorite; we break it down and look for value

Will Iga Swiatek ever lose a tennis match?

The odds say it’s not likely to be the Italian Open women’s singles final.

Odds as of May 14 at Barstool Sportsbook

Swiatek is the heavy favorite against Ons Jabeur, even though the Tunisian has won their last two meetings.

But 2021 isn’t 2022; Swiatek is like an unstoppable locomotive at this point, and already the heavy favorite in the French Open odds to win the upcoming Grand Slam, one of the biggest tennis events of the year.

You would hope a WTA 1000 semifinal between the No. 1 and No. 3 seeds would be a barnburner.

But with Swiatek in full confidence and Sabalenka at the opposite end of the spectrum, it was a mismatch.

The crushing statistic? Sabalenka won just 29 percent (9-of-31) points on her first serve. She actually did better on her second serve and limited the collateral double-fault damage to three.

So it was hard to tell exactly what Swiatek’s level was. She played outstanding tennis.

But she was never challenged or pressured.

Another Comeback Victory for Jabeur

Jabeur was down 6-1, 5-2 against Maria Sakkari in the quarterfinals. The Greek player served for the match twice.

And yet, Jabeur took advantage of her opponent’s collapse to run off 11 of the last 12 games to stutter into the semifinals.

On Saturday, she had another battle on her hands.

She looked tired, and her tennis was pretty ragged. But somehow she came through.

It took only a shade under two hours in the heat. But it was exponentially exhausting both physically and mentally.

Jabeur broke her opponent six times (out of 15 opportunities). But she herself was also broken six times, out of the nine chances she gave her Russian opponent.

She’s in the final for the second consecutive WTA 1000 tournament, after prevailing in Madrid last week.

But she won’t be particularly confident on the tennis side. And she definitely won’t be fresh on the physical side.

A Lot at Stake for Both Swiatek and Jabeur

After Swiatek took the “Sunshine Double” earlier in the year, winning the titles in Indian Wells and Miami, it’s Jabeur’s turn to try for the Madrid-Rome double.

It’s not something that has happened often.

On Sunday, Ons Jabeur will try to become the 3rd player ever to win back-to-back titles in Madrid and Rome after Dinara Safina in 2009 and Serena Williams in 2013.#ibi22 pic.twitter.com/XgDWEgrh5O

Dinara Safina did not win the French Open a few weeks later.

The first set will be key for Jabeur, who is 21-0 this year when she wins the first set.

Swiatek: “Ons is a pretty tricky player with all the slices and drop shots, changing of rhythm. I already played against her a few times. It was always hard.

“I think it’s going to be a nice final and I think she deserves to be there.”#ibi22 pic.twitter.com/wqK9AWIqIo

But given how wiped out Jabeur likely is at this point – she has played mostly daytime matches in the big heat, and they’ve been difficult ones – the first set will be even more important for her than for Swiatek.

But if Jabeur loses it, the wind will go out of her sails. And thinking about how much of an effort it would be to win two consecutive sets against the unbeatable Swiatek will likely be too much to realistically handle. So expect the second set to be fairly quick.