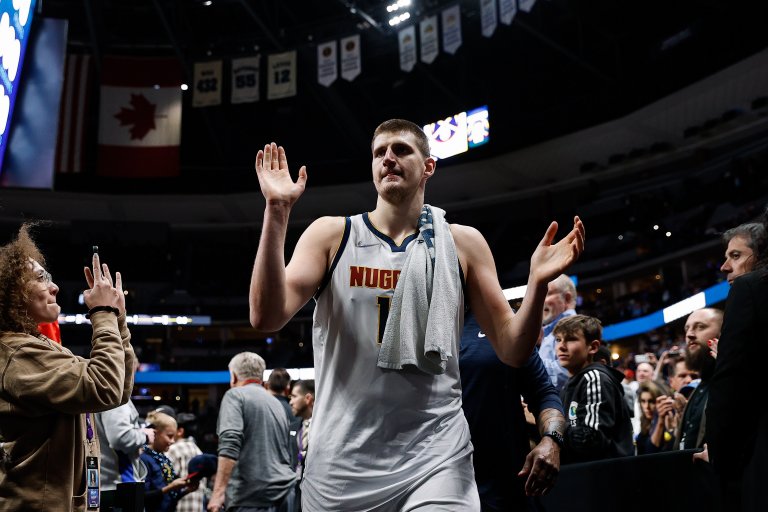 The Lakers visit the Nuggets on Sunday for the season finale
LA ended its eight-game losing streak on Friday night against the Thunder
Read on for the Lakers vs Nuggets odds, preview, and betting prediction

The 2021-22 NBA season officially comes to an end on Sunday. While the Los Angeles Lakers are out of the playoff picture, they will be looking to finish on a high note against a Denver Nuggets team who are heading to the postseason. The tip-off is scheduled for 9:30 PM EST at Ball Arena.

LA broke out of an eight-game losing skid on Friday, beating the lowly Oklahoma City Thunder. LeBron James, Anthony Davis, and Russell Westbrook didn’t play due to injuries and will once again be sidelined for the finale here. The Nuggets meanwhile, beat a very solid Memphis Grizzlies group on Thursday, led by another huge night from Nikola Jokic.

Denver will be looking to sweep the season series, already beating the Lakers twice earlier in the campaign.

Odds as of April 9th at FanDuel Sportsbook.

The Nuggets are a heavy 7.5-point favorite here but have only won once in their last three contests on home court.

Denver is clinging to a spot among the top-ten favorites in the NBA title odds at +3000. They sit sixth in the odds to win the Western Conference at +1300, trailing Phoenix, Golden State, Memphis, Utah, and Dallas.

Back to the Drawing Board for LA

There are undoubtedly going to be some major changes on the Lakers’ roster this offseason after failing to live up to expectations. Although injuries certainly played their part, Los Angeles simply couldn’t play defense or get any consistent contributions from anyone not named LeBron. On a more positive note though, the squad managed to grab a win in their final home game of the campaign without LeBron, Russ, AD, and Carmelo Anthony.

Yes, they did play a very poor Thunder team, but this was a very well-rounded performance from the Lakers’ role players who struggled to produce all season. Of the nine players in the rotation, eight of them finished in double-figures, with Stanley Johnson leading the charge with 21 points and eight boards. Wenyen Gabriel, who just signed a new deal with LA, also poured in 15 off the bench.

Frank Vogel’s squad shot just 29% from deep, but their field goal efficiency was solid, posting a 50% clip. It was promising to see so many different guys do their part, but Sunday will be a tougher task against a much better Nuggets defense. It’s also important to note that OKC wasn’t playing any of their starters.

Nuggets Gearing up for Postseason

It’s hard to believe Denver is battling for the No. 5 seed in the West without Jamal Murray and Michael Porter Jr, but that’s what happens when you have Jokic wreaking havoc on a nightly basis. The reigning MVP looks like he’s likely going to win the award again – he took over as the favorite in the NBA MVP odds at the end of March – and he helped his case on Thursday with an absolute masterpiece against the Grizz.

The Joker erupted for 35 points, 16 rebounds, and six assists for the Nuggets, while Aaron Gordon and Will Barton also combined for 38 points. With the victory, they officially clinched their spot in the playoffs. If Denver wins on Sunday and Utah loses to Portland, Michael Malone’s squad would lock down the fifth seed.

The Nuggets gave the fast-paced Grizzlies a taste of their own medicine here, outscoring them 20-9 in transition and leading by as many as 30. They did allow Memphis to claw their way back into the contest but managed to ultimately hold on. As a team, Denver also shot a blistering 55% from the field and 40% from three-point land.

LA was basically playing against a G-League Thunder group on Friday. The Nuggets are a fundamentally sound team and they’re 23-17 at home. I expect Denver to come out firing and cover the spread against the Lakers, who have dropped five in a row on the road.