I don’t have an explanation about what happened to Man City against Real Madrid, they reminded me of Bayern Munich in 1999 against Man United. It was exactly the same, two goals in the final minutes.

If a small team, who don’t have that much talent and class concede two goals at the end of the game, we’ll say it’s because they are a small team with a small mindset and with no winning mentality.

With it happening to a team like Man City, I don’t even know how to find the right words to explain how this team of all teams, with so many winners, can let in two goals after the 90 minutes in a Champions League semi-final.

Yes, they were playing Real Madrid and you can argue that they are a big team with big players, but come on, in the last minute of the game. They had to be more concentrated and focused, they should know how to hold that result.

Wednesday night shows why football is a great sport, unbelievable stuff like that can happen.

I don’t think it’s a mentality issue for City, it’s unexplainable. Sometimes you have games like this where you have a great team full of talent, class and champions. Unexpectedly they let goals in during the final moment of the game. You are just left with so many questions, how is it even possible. City are winners, they know how to win, I don’t think it’s a mentality thing.

Sometimes, negative thinking can impact your way of playing, especially in big games where you get in front and other teams put the pressure on by attacking fiercely. Thoughts can pop into your mind, what if they score, what if we get knocked out again. If that happens, you can make mistakes and it can have grave consequences.

City are a big team, with great players and a great coach, I’m pretty sure they work with a psychologist too, you need that when you need to stay focused and strong in the big games. 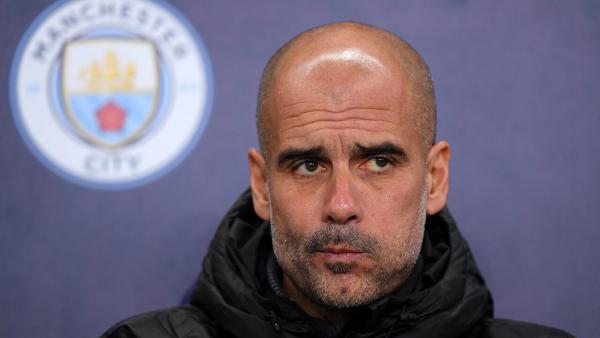 Some people will be looking to blame Pep Guardiola, and will say he missed something, he didn’t do this and that, but you can’t look for a person to blame.

Lets not forget how much Guardiola has done for City since he came in, yes, Champions League success has avoided them for now, they are so close.

They have been to the final but the trophy is still just out of reach for them, I bet this loss against Real Madrid hurts more than the loss in the final against Chelsea.

Sunday’s game is crucial for City. Many people will be thinking that it’s a tough psychological moment for the team, and they have a point. They are still leading the race for the title, we will have to see how that tough defeat will affect them and how they play.

As a player, it’s very tough to gather yourself and not think about it when you lose a game like that, especially in a Champions League semi-final. Some players can think about it for weeks, others can forget straight away and function well in the next game.

This is the job of the manager to make the players believe in themselves because the Premier League is there for them and in their reach and they have to fight for it. It’s a very sensitive moment and the management need to know how to handle the players, they have to be mentally fit because the next game is crucial for them.

One loss can affect your next game and performances, it’s very important that players stay positive in their mind, it’s crucial, especially when the reward is as big as the Premier League title.

That will help to relieve the stress of what has just happened and it will help them move on from the defeat against Real Madrid. It will also give them momentum again to finish the title race.

Diaz is proving to be key for Liverpool

Luis Diaz’s performance in the second half against Villarreal proves again that he is an unbelievable player, it’s working perfectly for him at Liverpool. He single handedly changed the course of the game with his speed and energy.

He is unbelievable, I had my doubts when he first signed, Liverpool already have a great front three and I thought it would be difficult for him to find his place in the team, but he is proving me wrong and he fits perfectly into the team. He’s scoring great goals too.

They were absolutely gone in the first half, then thanks to Diaz, they managed to turn it around.

Liverpool have great attacking talent, but when it comes to the final, Diaz for sure has to start against Real Madrid.

You have to give him credit, not just for the game against Villarreal but all his recent performances, he has great energy, has added goals and has very good movement. I think he deserves to start in the final, lets see if Klopp agrees.

Jesse Lingard deserved time on the pitch to say goodbye

Jesse Lingard has been at the club for such a long time, it feels like a lifetime and it’s sad to see the current situation to be honest. It doesn’t matter that he hasn’t been a main feature of the team recently, he’s been a great servant of the club and he deserved time on the pitch in the last home game of the season, he deserved his chance to say goodbye to Old Trafford and the fans.

Sometimes football can be very cruel, unfortunately s**t like this happens all the time in football.

Now, it’s all a matter of where he is going to go next. He needs to find a new challenge, there is no point sitting there and getting a few minutes here and there. He needs to go and look for something else, we saw how good he was at West Ham. It was a mistake that he didn’t stay there. I hope he has a good agent and he already has something lined up.

He has football in him, he did a great job for the Hammers, he needs a challenge and to get out of his comfort zone, which has been Man United for so many years now.

Monaco’s Benoit Badiashile has been linked to Man United, I think he is definitely one for the future. His performances must have caught the eye of a number of teams, he’s 21 and if the rumours are true then it shows that United are looking to build for the future.

If he is a player that Ten Hag has pointed out, then he must know what he wants, if that is the case then we have to believe in him and that he is the right player for the position. He is still young and he can still get better.

Defence is an area of improvement for United. At times, they get lots of criticism for their defending, sometimes justified, especially Harry Maguire who has come under lots of fire for his performances, as well as others who aren’t producing enough quality on the pitch.

Maybe it’s time to shake things up, like Rangnick said, some players are going to go, they will need replacing.

Defence is a major concern for United and they need to strengthen there for sure. Badiashile could be a good option for the future and for the rebuild.