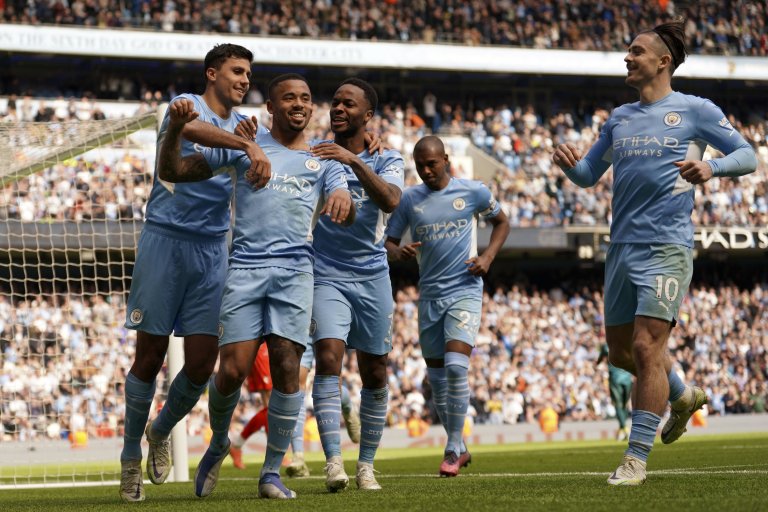 We’re officially down to just four clubs in Europe’s most prized competition. On Tuesday, English giants and last year’s finalists Manchester City host Real Madrid for a tantalizing Champions League semifinals first leg. The kick-off is set for 3:00 PM ET at the Etihad Stadium. Find the Manchester City vs Real Madrid odds below.

The Citizens narrowly beat Atletico in the quarterfinals thanks to a 1-0 victory in the first leg on home soil. Los Blancos meanwhile, knocked off title-holders Chelsea in a drama-filled two legs, beating the Blues 5-4 on aggregate.

Odds as of April 24th at Barstool Sportsbook

The last two meetings between City and Real hit the over in goals, which means over 2.5 at -155 odds should offer some value here. They also have an implied win probability of 65% for Tuesday’s fixture, while the visitors are at just 15%.

Pep Guardiola’s side is still in the mix for winning the double, currently sitting a point above Liverpool in the Premier League title race and heading into the last four of the Champions League as a co-favorite alongside their English counterparts. While City did look lackadaisical in the second leg against Atleti as they played to a scoreless stalemate, the side has returned to their lethal ways as of late.

The Sky Blues suffered a 3-2 defeat to the Reds in the FA Cup semifinals just days after the Atletico match, but then beat Brighton 3-0 and Watford 5-1 this past Saturday. Gabriel Jesus was absolutely clinical at the Etihad against the Hornets, bagging four goals and certainly putting himself in line for a start on Tuesday. The Citizens have yet to lose on home soil in Europe as well.

Los Blancos are in fine form, winning five of their last six games. The only loss was against Chelsea, where they initially blew a 3-0 lead but ended up winning in extra time on aggregate thanks to a winner from the always clinical Karim Benzema. Carlo Ancelotti’s men didn’t play on the weekend but did take down Osasuna last Wednesday, 3-1. Real are now a whole 15 points clear at the top of the La Liga table and will be very focused on progressing to the Champions League showpiece.

While their backline did look vulnerable in the quarterfinals, this attack is a force to be reckoned with. Benzema has already netted 12 times in Europe, including four of his side’s five goals across both legs versus Chelsea. Vinicius Junior will also be a problem for City’s defense, supplying six assists and scoring twice in the UCL thus far. They will have their work cut out for them against a Man City side who rarely makes mistakes, though.

Pep rested some key players against Watford and will have his main weapons healthy for this match. Although there are a few uncertainties at the back from a health standpoint, the hosts are unbeatable at the Etihad in the Champions League.

Madrid’s attack could pose some problems, but the Citizens will come out unscathed and take an advantage into the second leg in the Spanish capital. With the moneyline offering little value, take City to win and both teams to score.

Pick: Manchester City to Win And  Both Teams to Score (+210)