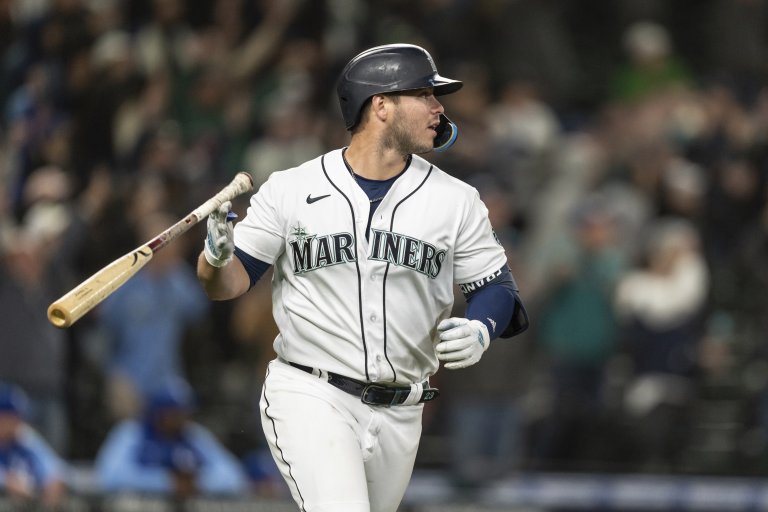 It’s fair to say through two and half weeks that the Seattle Mariners are exceeding expectations. The Mariners enter play on Tuesday in Tampa Bay with the best record in the AL West, and will look to make it seven wins in eight games when they face the Rays.

Odds as of April 26th at Caesars Sportsbook.

Tampa Bay opened up as a -120 moneyline favorite, in a contest that features a total of 7 runs. First pitch is scheduled for 6:40 pm ET inside Tropicana Field in St. Petersburg, FL, a stadium where the Rays are 6-4 this season.

Seattle will give the ball Logan Gilbert who has been nothing short of spectacular this season. The 24-year-old has a sparkling 0.54 ERA and a minuscule 0.84 WHIP through three starts, and hasn’t allowed an earned run in back-to-back outings. If he keeps this up, we’ll soon be seeing his name among the top contenders in the AL Cy Young odds.

Logan Gilbert of the @Mariners is the second pitcher in AL history to strike out 15+ batters while allowing no more than 1 walk and no more than 1 earned run over his first 3 starts of a season (since earned runs became official in 1913).

He completely neutralized the Rangers and White Sox in his last two starts, coughing up just 10 hits over 11.2 innings, and posting an 8-1 strikeout-to-walk rate. The 14th-overall pick in 2018 showed flashes of this kind of upside last year in his rookie campaign, posting a 1.17 WHIP and a 4.6 K/BB rate over 24 starts.

Few teams hit him hard during his rookie season, but one that did was Tampa Bay. He yielded 10 hits and 7 runs to the Rays over 10.2 innings, losing one of two starts.

Tampa Bay, a top-nine contender in the World Series odds, will throw a bullpen game, opening with Matt Wisler. The 29-year-old is off to a strong start in 2022 in a relief role, allowing just two earned runs in 7.2 innings of work.

The Rays bullpen enters play ranked seventh in WAR, and has yielded the lowest batting average on balls in play of any club.

Not only is Seattle atop the AL West, but they also lead the AL in runs scored and run differential as of Monday.

They rank top-five in MLB in home runs, slugging, OBP and OPS, and feature two players hitting north of .350. One of those is Ty France who had himself a phenomenal weekend. He became the first Mariners player since 2001 to record eight hits and two homers over a two-game span since 2001. His torrid start has placed him among the top-20 favorites in the AL MVP odds at +6250.

TY FRANCE IS ON ANOTHER PLANET

The Mariners pitching as a whole hasn’t been quite as dominant as Gilbert, but it’s still been pretty strong. Seattle ranks top-seven in MLB in team ERA, WHIP, and walks allowed.

Tampa Bay meanwhile, is nipping on the Jays and Yankees heels in the AL East, after taking two of three from the Red Sox and Cubs last week.

They rank top-10 in runs, OBP, slugging and OPS, and feature four players batting .286 or better. The pitching has been solid as it seems to always be, as the Rays rank top-three in team-WHIP and K/9, while yielding just 2.5 runs on average over their past four contests.

It’s hard to bet against Gilbert at the moment, and it’s worth pointing out that he’s also been phenomenal on the road. He’s allowed only one earned run over 10 innings away from home, while each of his three starts this season have produced 7 runs or less.

Seattle has been a strong over bet recently, exceeding the total in five of seven contests, but all of those games were at home. The Under is 4-2 in their away games, and Tropicana Field is one of the three least hitter-friendly parks in baseball.

That helps explain Tampa’s strong under track record, as does the Rays solid pitching. The under has hit in each of their past three games, and is 10-6 so far this season.