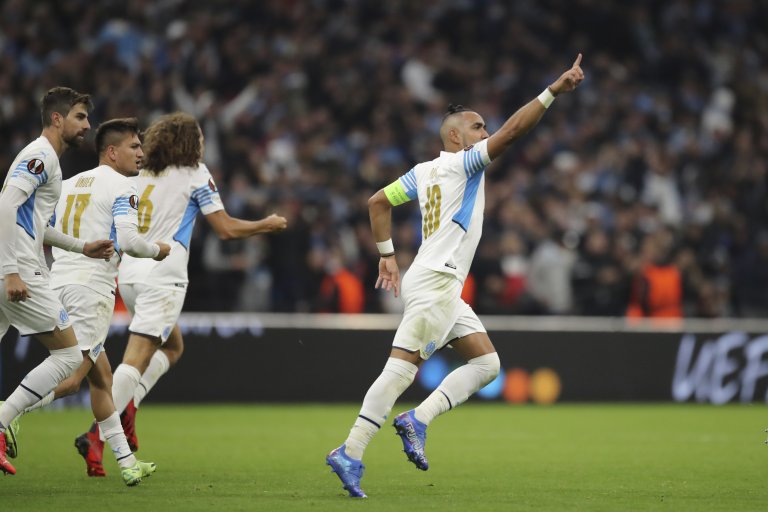 It’s Marseille vs Lyon in Ligue 1 on Sunday, May 1 at 2:45 pm ET
Marseille needs the win to keep their grip on second spot in the Ligue 1 table
We preview the game, look at the Marseille vs Lyon odds, and offer some picks below

It is Marseille vs Lyon in the Orange Velodrome on Sunday, May 1 at 2:45 pm ET in round 35 of Ligue 1 in a clash known as Choc des Olympiques. The home side needs a win to keep maintain the gap between second and third as the season enters its final stages, while Lyon still has an outside chance of claiming a European spot.

We preview Marseille vs Lyon and offer below the best picks for this huge Ligue 1 clash.

Odds as of April 30 at Barstool Sportsbook

They list over 2.5 goals at -162, which is reasonable as both teams have scored 56 goals in their 34 games. This looks unlikely to be a low-scorer, so maybe give consideration to over 3.5 goals, which is in plus money at +160.

If you’re new to this sport and want to know how to bet on soccer then our page offers help on how to bet on this game and others like it.

Marseille is very well placed to claim second spot in Ligue 1 but in midweek their attention was on the first leg of their Europa Conference League semi-final away to Feyenoord. Despite losing the game 3-2, they will consider themselves still in with a great chance of making the final.

On a tricky night in Rotterdam, Jorge Sampaoli’s team came back from 2-0  down to level before halftime, through goals from Dieng and Gerson, but were hit with a sucker punch in the first minute of the second half – Cyriel Deffers scoring his second of the game to give the Dutch side the win.

If Marseille were to go on and win the inaugural Europa Conference League, they would earn a place in next season’s Europa League, but their sights are set much higher of course – on that place in the Champions League – and a fine home run of five consecutive wins in all competitions has set them up for this clash perfectly.

Also worth noting is that in that fine home run, Les Olympiens have scored at least twice in each game and so will be full of confidence. Goals on the road have been less plentiful but in from of their own, vociferous fans they appear unstoppable.

Lyon has a five-point gap to close with fifth-placed Strasbourg if they are to sneak into the European places, albeit they do have a game in hand. But with only four league games to go, they are running out of games to close that gap. Having said that, they come into this game in decent form having thrashed Montpellier 5-2 at home last weekend.

Goals from Dembele, Omlin (OG), Aouar (2) and Ekambi gave them a thumping win, despite bizarrely blowing an early 2-0 lead by conceding twice in first-half stoppage time. But it was job done and in a convincing fashion.

“Yesterday, Anthony Lopes trained with Rémy Vercoutre. I hope he will be with the squad today or tomorrow. There are always injuries in football. I am focusing on the players who are fit.” pic.twitter.com/GNM9EPskxM

Inconsistency the Problem for Bosz’s Men

The problem for Les Gones, and the reason why they are playing catch-up in the race for the European places, has been their inconsistency. ManagerPeter Bosz has a talented squad of players at his disposal who, on their day, are a match for anyone in Ligue 1 but they now need points on the board from each of their remaining games.

Unfortunately for them, they head to Marseille off the back of a run of four games on the road without a win in all competitions and have only won three away games since last September. When these two met in the reverse fixture earlier in the season, Lyon won 2-1.

The team are working hard ahead of taking on Marseille on Sunday!#OMOL pic.twitter.com/wNvC70aqyT

Slightly worrying for Marseille is that they have a terrible recent record in the Choc des Olympiques – winning just once out of the last 14 – but their form here is such that they have to be fancied. With Les Olympiens still in plus money, the value here is very much with the home win.