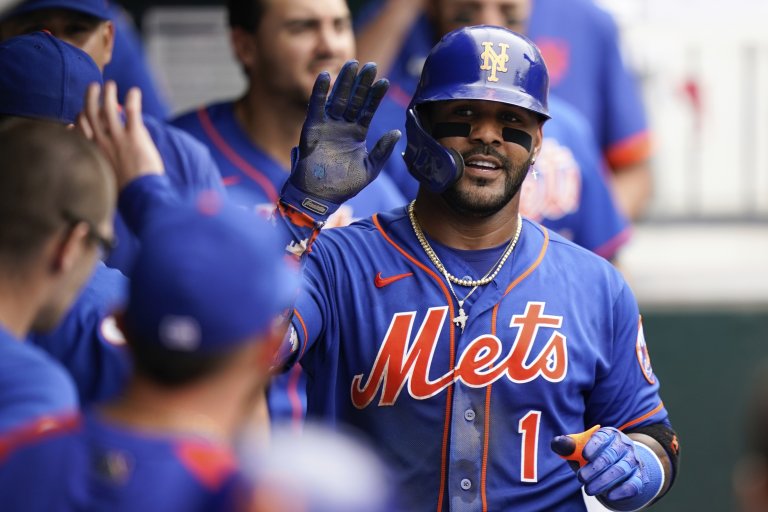 The Philadelphia Phillies are -122 home favorites over the New York Mets on Wednesday
Max Scherzer (1-0, 4.50) for the Mets against Aaron Nola (1-0, 6.00)
A look at the matchup and odds, along with a pick, can be found below

The New York Mets visit the Philadelphia Phillies at 1:05 p.m. ET Wednesday in the decisive game of a three-game series at Citizens Bank Park.

The Mets beat the Phillies 2-0 on Tuesday night. That came after the Phillies rallied from a four-run deficit to win 5-4 in the series opener Monday.

Odds as of April 12th at Barstool Sportsbook.

The Phillies have a 54.95% expected win probability as -122 favorites. The weather forecast calls for a beautiful day in Philadelphia with a game-time temperature of 74 degrees under sunny skies and wind from the southwest at 5-10 mph.

Scherzer’s Mets debut came against his old team last Friday when he held the Nationals to three runs and four hits in six innings in Washington. He struck out six and walked one.

Nola worked six innings against the Oakland Athletics last Friday at home. He gave up four runs on four hits while striking out seven and walking none.

The teams combined for just eight hits on Tuesday, five by the Phillies and three by the Mets. Philadelphia’s JT Realmuto was the only player with multiple hits as he went 2 for 4.

Brandon Nimmo’s solo home run in the fifth inning for the Mets broke a scoreless tie and proved to be the game-winning hit.

The Phillies’ Bryce Harper went 1 for 4. The reigning National League MVP is hitting just .111 with one RBI through five games this season.

Edwin Diaz came off the bereavement and got the save, striking out the side in the ninth inning while allowing one hit.

The Mets haven’t won the season series with the Phillies since 2018. Philadelphia 29-20 over the last four seasons.

Phillies high-leverage reliever Corey Knebel is on the COVID-19 IL and out until he is cleared to leave quarantine. Knebel has one of the Phillies’ two saves in the young season.

Girardi said they still think Corey Knebel has the flu and feels better today than yesterday but team is awaiting the results of another test. If Knebel tests negative, he’d be eligible to return right away

Outfielder Mickey Moniak (wrist) is out indefinitely for Philadelphia.

Both starting pitchers have a long track record of success against the opponent. However, it’s hard to ignore Scherzer’s impressive string of performances over the years in Philadelphia.

The Mets are the way to go at even money.