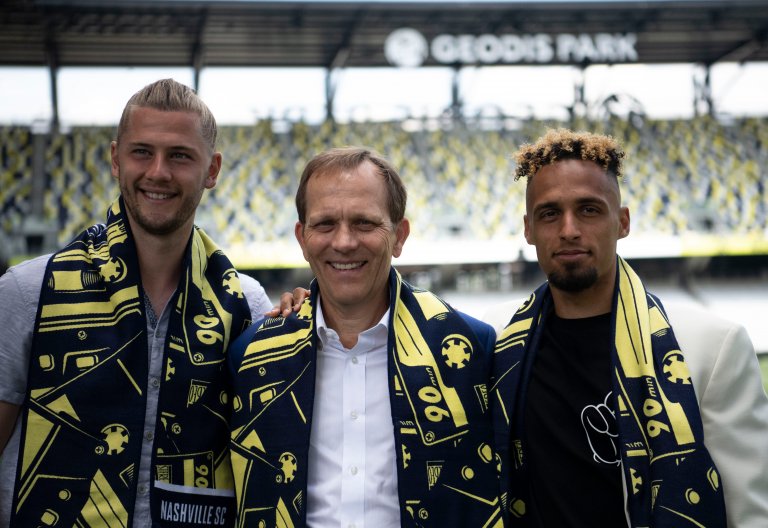 MLS Week 9 kicks off on Saturday afternoon at 1:30 pm with a Texas Derby between Houston and Austin. That’s the first of ten games taking place on Saturday, followed by three on Sunday.

Read on for the odds for every MLS Week 9 game, as well as our best MLS betting predictions.

Check out these Caesars Sportsbook bonuses before betting these MLS odds

Of the 13 games kicking off this weekend in MLS Week 9 there are three heavy favorites. Those are New England at home to Miami on Saturday, and NYCFC hosting San Jose and LAFC hosting Minnesota on Sunday. Each of those teams are heavy chalk at more than -200 on the moneyline.

Hopes were high for Atlanta United this season. They added some new pieces and were expecting a healthy Josef Martinez. Unfortunately, Martinez is injured again. So too is midfielder Ozzie Alonso, as well as goalkeepers Brad Guzan and Dylan Castanheira who are all on the season-ending injury list.

The Five Stripes are sitting in a decent fourth in the Eastern Conference standings at 3-2-3. However, most of those points came in the opening weeks. Atlanta has now won just once in their past five. Their last three games have been especially concerning. Last week they lost 2-1 in Miami. The week prior they drew 0-0 at home to Cincinnati. And the game before that they lost 1-0 in Charlotte. Those teams all rank below them and currently out of the playoff spots.

Leeds United are reportedly one of several European sides tracking Djordje Mihailovic, who has been a standout for Montreal in MLS.

Leeds could compete with Roma and Atalanta for his signature — Bologna, Dortmund, Leverkusen and Newcastle have shown interest as well. pic.twitter.com/w10SOjw0PP

CF Montreal sits level with Atlanta with 11 points at 3-2-3 themselves. But the difference is they are by far the form team right now. Montreal is an undefeated 3-2-0 in their past five. Last week they drew 1-1 in Philadelphia with the first-place Union. They had scored multiple goals in each of their previous four games. Montreal has scored a goal in each of their past seven, and in all but one (their season opener) so far.

Their issue has been a defense which has conceded a conference-worst 17.

Djordje Mihailovic has been leading the Montreal attack with four goals. He ranks second in MLS in expected goals (xG) at 2.7. Only behind Toronto’s Jesus Jimenez at 3.0.

Montreal has now scored two or three goals in each of the past three meetings with Atlanta. The earlier 3-3 draw, as well as a 2-1 win and 2-2 draw in the previous two meetings.

Who gets your pick this weekend?

But there there have been quite a few lower scoring matches this season. And right at the centre of that are these two teams. The Fire are 6-2 to Under 2.5 totals, while the Red Bulls are an even 4-4.

This is impressive either way but I think the Chicago Fire defense does play a massive part in this https://t.co/J9Z93VAQHn

New York has gone Over 2.5 four times. Two of those came in their first two matches. One came last week in a 3-0 road win in Orlando. Also, three of the four came on the road.

Only one team has created fewer xG than Chicago’s 7.6. Not surprising considering they’ve scored just five. New York’s been much more dangerous at 15.0. But both rank near the top of the league in xGA at fifth (New York) and sixth Chicago.

I think this one could draw (+215 odds) if you’re hunting for a bigger price. But backing the Under 2.5 at -140 also looks quite possible.

There are three matches on Sunday to look forward to and here is a two-team parlay to consider.

While New York City were a little slow to get started this season, they’ve been picking up steam of late. The Pigeons are gaining steam with wins in each of their past two and three of five. Last week, despite falling behind 2-0 early to Toronto, they exploded with five goals to lead 5-2 before holding on for an eventual 5-4 win. The week prior they routed RSL 6-0 behind four goals from Taty Castellanos.

NYC are 4-3 to Over 2.5 totals. There’s been three or more goals scored in each of their past three and four of five.

“We never give up. We’re on the right path.”

Jeremy Ebobisse talks about the current team form and what the fans can expect. pic.twitter.com/CWwmReeKhk

Then there’s San Jose who are 6-2 to the Over. With 15 goals scored and 20 allowed, their matches have been wild. Now, seven of those came with Matias Almeyda still on the sidelines as head coach. But even after he was let go last week, San Jose was still involverd in a crazy 4-3 affair, a win, against Seattle. Their previous three matches were 2-2, 4-3 (L) and 2-2. They are 0-0-3 on the road this season and have been shut out twice.

If you think San Jose can find one on Sunday, both teams scoring and over 2.5 goals at (-110) looks good.

But It may be safer to simply include Over 2.5 goals (-265) into a parlay piece in case the Earthquakes get smoked.

And that other leg for the parlay piece will come in the form of a play on Nashville SC.

The Union on paper look the far stronger team. They’re first in the East and tied for second overall. They are winless in two though after a 2-1 loss to Toronto and 1-1 draw with Montreal last week.

Nashville is just eighth in the West at 3-2-3 with eight scored and nine goals conceded. But that record suddenly looks much better when you consider all eight have been played on the road. Nashville has been on an extended road trip while they await the opening of their new GEODIS Park.

It took a lot of work to put our pitch together.

Just ask the guys who maintain it.

Get to know @GEODISPark’s grass and see our fans’ reaction to seeing it for the first time in the latest edition of Dream Together pres. by @renasant pic.twitter.com/gDwsXRtsLY

Well the field is ready and it becomes the biggest soccer-specific stadium in North America. GEODIS will be sold out and rocking and Nashville certainly has the talent to bare-minimum score a goal (-335) with the likes of Hany Mukhtar and CJ Sapong who have each found the back of the net twice this season.

As Caesars Sportsbook was only offering Over 3.5 for the NYC/SJ game, I made this parlay over at Barstool Sportsbook.