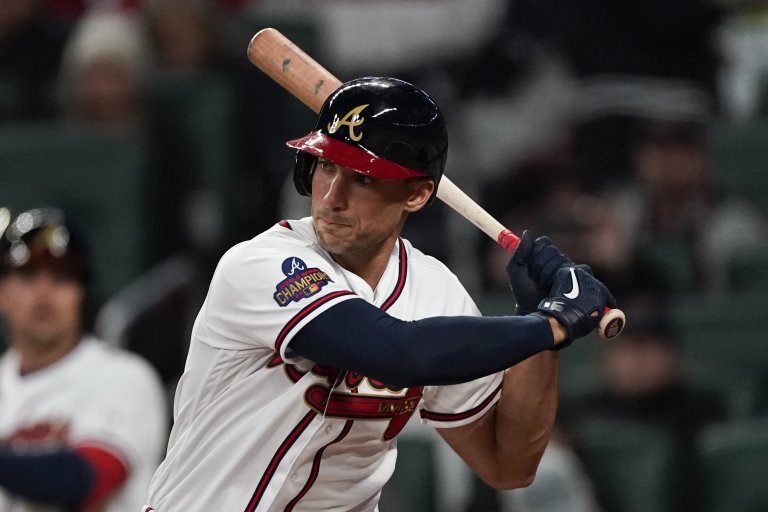 The Nationals vs Braves odds favor Atlanta as -210 moneyline favorites on Wednesday (April 13, 12:20pm ET)
The pitching matchup features Josiah Gray vs Max Fried, both seeking their first win of the season
Read below for the National vs Braves odds, analysis and betting prediction

It’s the rubber match of a 3-game set Wednesday afternoon in Atlanta, as the Braves host the Washington Nationals. The visitors opened the series with an 11-2 win, while the Braves returned the favor with a 16-4 drubbing on Tuesday.

Washington has stumbled out of the gate with a 2-4 start, while the defending World Series-champion Braves improved to 3-3.

Odds as of April 12th at Caesars Sportsbook.

Atlanta opens as -210 moneyline favorites, with a total set at nine runs. This matchup kicks off the Wednesday MLB slate, with first pitch set for 12:20pm ET at Truist Park, in a game that can be seen live on MLB Network.

It’s expected to be sunny with some cloud cover, but the temperature should be around 73 degrees.

The Nationals will hand the ball to 24-year-old Josiah Gray, and the righty will be looking for his first win of the campaign. The second-year man made 13 starts a year ago split between the LA Dodgers and Nationals. He went 2-2 with a 5.83 ERA in 70.2 innings pitched.

He opened this year with a loss against the Mets, giving up eight hits, and four earned runs in 4.0 innings of work.

Only five Braves hitters have ever faced Gray, with Ozzie Albies and Austin Riley having just six at-bats against him each. Albies and catcher Travis d’Arnaud have each homered off Gray.

The Braves will turn to 5th-year man Max Fried, also looking for his first win of the 2022 campaign. He struggled in his season debut against the Reds, taking the L after going just 5.2 innings, surrendering five runs on eight hits.

The Braves sit comfortably in fifth in the most recent World Series odds, and you can excuse their slow 2-2 start in their opening series against the Reds, as that weekend will always be remembered as the time they got their championship rings.

Prior to Tuesday’s outing, they had been hitting just .201 as a team to start the year.

They broke out big-time, though, pounding Nationals’ pitching for 14 hits through six innings, finishing with 19 hits in a 16-4 rout.

They chased starter Patrick Corbin after nine hits and six earned runs. Marcell Ozuna and d’Arnaud both had three hits in their first four at-bats.

Oddsmakers are well aware of what they’re capable off, as they’re one of three teams in the National League with projected MLB win totals higher than 90, joining the Dodgers and Mets.

Have we mentioned that @mattolson21 is a two-time Gold Glove winner? pic.twitter.com/ancLrP756C

One player who has slid seamlessly onto the roster has been first baseman Matt Olson. Brought in to replace Freddie Freeman, he’s hitting .500, with a home run and an RBI, while walking five times and scoring five runs.

Speaking of rough starts, the Nationals were in a bad way after dropping their first three games of the season to the Mets, getting outscored 17-4, including a 5-0 shutout.

Washington somewhat righted the ship, avoiding the sweep with a 4-2 win. and following that up with a win to open up the series with the Braves. They pumped in 15 runs in those games.

First baseman Josh Bell leads the team in hitting, batting .333 with a home run and four RBI. Ageless wonder Nelson Cruz has had a slow start, with just four hits in his first 20 at-bats, but he also has a HR and three RBI.

This is a matchup Atlanta has owned of late, having won seven of the last 10 head-to-heads. With the Braves finding their offense last time out, they are primed to win this series before opening a 4-game set with the Padres.

Atlanta won six games that Fried started against the Nationals last season, but he figured in just two of the decisions, going 1-1. Four of those results cruised past the over set for this one, while another hit on the number.

Considering the pattern of big-run games this series, look for the trend to continue.