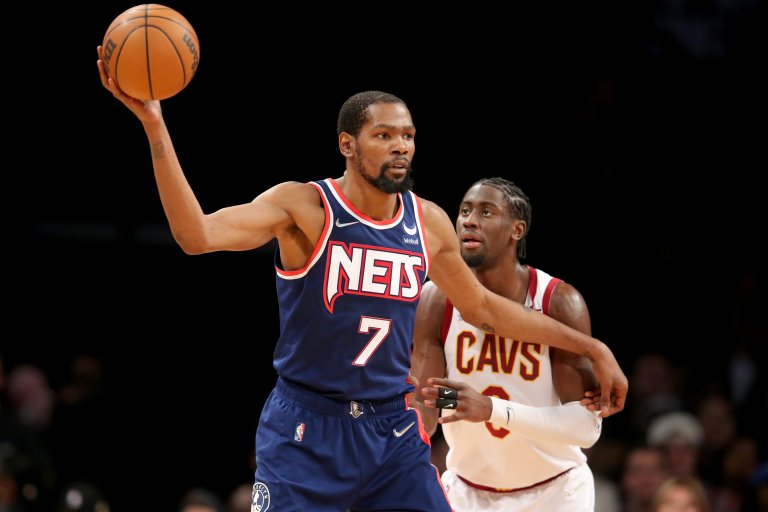 The Brooklyn Nets host the Cleveland Cavaliers in the first round of the NBA’s Eastern Conference Play-In tournament on Tuesday night at Barclays Center. Brooklyn stole the seven seed late in the season to earn homecourt advantage. Cleveland has slumped down the stretch with injuries taking their toll – they are 8.5-point underdogs for this game.

The Nets won their final four games of the regular season, including a win over the Cavs in the penultimate game of the campaign. Cleveland is down in 21st in net rating since the All-Star break despite a useful blowout win over the Bucks on Sunday to keep them out of the bottom half of the Play-In.

Odds as of April 11th at Barstool Sportsbook

The Nets are receiving most of the public betting action, but they have an abysmal record as a home favorite this season. The Nets have only covered five of the 32 home games in which they’ve been favored.

Evan Mobley made his come back before the regular season came to an end, but the Cavaliers are still without two starters in Jarrett Allen and Collin Sexton. Bench forward Dean Wade is also sidelined. The one piece of good news is that the core of the rotation only had to play limited minutes to blowout the Bucks on Sunday, providing some much-needed respite for Darius Garland and Lauri Markkanen.

The Cavs are 9-15 since All-Star. Mobley has shown signs of rookie fatigue. Caris LeVert is notoriously inconsistent, so he’s just as likely to catch fire as he is to go two-for-10 on Tuesday night. The margin for error for this Cleveland offense is minimal, and their chance of a win at Barclays Center is dependent on Garland continuing to orchestrate the offense and contribute as both a scorer and playmaker.

Amid the ins and outs, Markkanen has been a relative constant. His play at both ends is an important factor to keep an eye on, and particularly his three-point shooting as Cleveland looks to keep pace with the Nets. The former Bull has shot it well of late, draining 16 treys over his last four games.

While Cleveland is limited on options, Steve Nash has different lineups he can go to Tuesday night. Striking the balance between size, defense and shooting is always a challenge for Nash. It’s a challenge which is perhaps made harder by the return of Goran Dragic from health and safety protocols.

Goran Dragic has cleared Health and Safety Protocols and is now available for the Play-In game tomorrow vs Cleveland.

Brooklyn can lean offense with three-guard lineups and even try Kevin Durant at the five. It’s a strategy which has worked in the past, but do they want to put that sort of mileage on the former MVP with a potentially bruising seven-game series to come? How impactful will Andre Drummond be against his former team? Who gets the challenge of guarding Garland?

A strong finish to the campaign has Brooklyn up to 11th in net rating over the last 10. They would have covered this 8.5 spread in three of their last four. It’s worth noting, however, that they are not so far removed from losses to the Bucks, Hornets and Hawks. This team has its flaws.

It would have been fun to see a Jarrett Allen revenge game here. Instead, the Cavaliers will hope it’s Caris LeVert who steps up against his former team.

No assist, but holy moly, what a pass from Darius Garland pic.twitter.com/sZY9wAA7X0

Cleveland will be comfortable as an underdog here — it’s a role they have thrived in all season long, owning a 23-17-2 record against the spread as a dog. Brooklyn is 5-26-1 as a home favorite. The winner of this one gets the 7th seed and a series with the Celtics in the 1st Round of the NBA Playoffs Bracket.

Of course, those numbers are skewed in both directions. Brooklyn is healthier and in a better place than it was for much of the season. Cleveland is coming into this game on a poor run. Still, this is a sizeable spread that we fancy the Cavs to cover. While not confident enough to back the moneyline, Garland and co can at least keep this close.