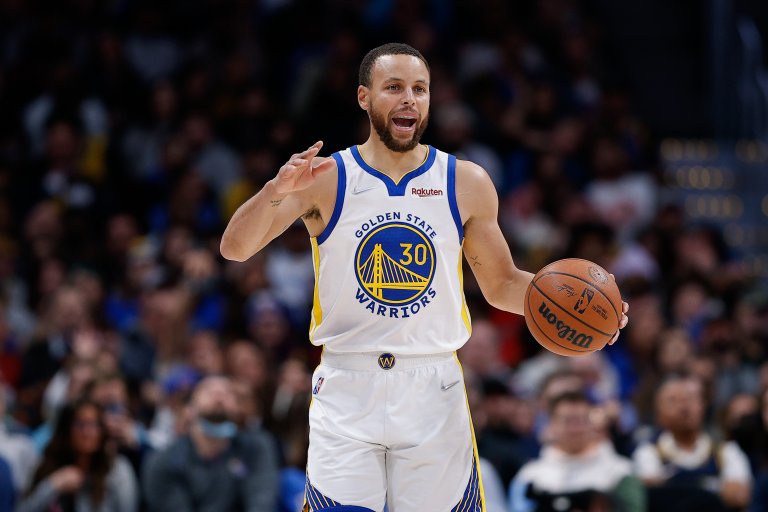 The Nuggets face the Warriors in Game 1 of the first round on Saturday
Stephen Curry will make his return to the Golden State lineup after missing 12 games to end the season
Read on for the odds, preview, and betting prediction

The road to the NBA Finals officially begins. On Saturday, we have four first-round playoff series on hand, with Nikola Jokic’s Denver Nuggets taking a trip to the Bay Area to face the Golden State Warriors in Game 1.

Tip-off is scheduled for 8:30pm ET at the Chase Center. Keep reading for Nuggets vs Warriors odds and prediction.

The Dubs received some delightful news ahead of the series opener, with Stephen Curry expected to return from a foot injury that kept him sidelined for the final 12 games of the regular season.

The Nuggets actually dominated Golden State in 2021/22, winning three out of four meetings. Two of those victories came away from home as well.

Odds as of April 15th at FanDuel.

The Warriors were just 27-27-4 as an ATS favorite during the regular season, while Denver went 14-14 as an ATS underdog.

How Far Can Jokic Take Denver?

To be frank, it’s quite amazing the Nuggets are even in this position. Jamal Murray and Michael Porter Jr, the team’s next two best players to Jokic, missed essentially the entire campaign due to injuries.

Yet, because of the Joker’s play, which has him the betting favorite in the 2022 NBA MVP odds, Denver managed to stay afloat.

This season Nikola Jokic became the first player to lead his team in points, rebounds, assists, steals, blocks, and FG% in a season since steals and blocks became official in 1973-74 pic.twitter.com/lAoeMjxW46

The Serbian big man was absolutely brilliant, leading the squad to a 48-34 record. He single-handedly took over games on countless occasions, averaging 27.1 points, 13.8 rebounds, and 7.9 assists per night.

Even better, he torched the Warriors in four outings, putting up 28 points, 15.8 boards, and 8.8 dimes. They don’t exactly have the frontcourt figures who can contain Jokic, but even if he doesn’t drive to the hoop and use his physicality to finish, The Joker can kill the opposition with his point guard-like playmaking abilities.

There is no doubt he will be huge for the Nuggets in this series, but the likes of Aaron Gordon, Will Barton and Monte Morris, among others, must step up and surround Jokic with solidity on both ends. Also, it’s important to note Draymond Green didn’t play in any of the games between these two teams. That’s another player Denver will need to worry about.

Warriors Have The Experience

Golden State might’ve had its ups and downs in 2021/22, but injuries certainly played their part. Draymond missed a substantial amount of time due to a back issue, while Steph was on the shelf prior to the playoffs.

With the star guard coming back into the fold on Saturday, it’s huge for Steve Kerr’s group. There’s a good chance his minutes will be slightly limited at first, but nonetheless, Curry’s offensive brilliance is crucial to how far the Dubs can go in the playoffs.

The Warriors ended the season on a five-game winning streak after initially struggling once Steph went down. During that span, they beat the Jazz, Kings, Lakers, Pelicans, and Spurs.

One very positive sign was Klay Thompson breaking out as he put up 36, 33, and 41 points in his last three appearances. The sharpshooter couldn’t be coming into the postseason in better form.

The Big 3 of Draymond, Klay, and Steph have so much experience on this stage and will be salivating at the mouth for the chance to take Golden State back to the Finals for the first time since 2019. Although the Nuggets might be a No. 6 seed, Kerr’s team won’t be taking them for granted. After all, when you have Jokic, anything is possible.

The Warriors and Nuggets both play well home/away, but the playoffs are a whole different beast. However, I actually think Denver could make this one close.

There’s a good chance Curry takes some time to get going and I just can’t see Jokic not torching Golden State in Game 1. The Dubs might make the adjustment in Game 2, but The Joker will show out here and potentially even pull out a victory. That’s why ATS is the best pick.