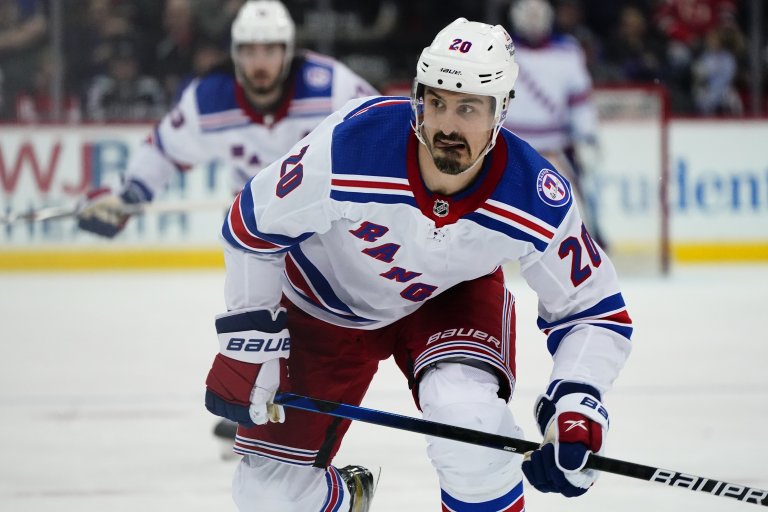 The Pittsburgh Penguins visit the New York Rangers on Thursday, April 7th
This will be the fourth meeting in the last 41 days between the Penguins and Rangers
Read below for Penguins vs Rangers odds, picks and prediction

It’s a packed Thursday night schedule in the NHL with 10 games on the slate, including the Pittsburgh Penguins taking on the New York Rangers in arguably the biggest matchup of the night. The Metropolitan Division rivals will face off against each other at 7pm ET from Madison Square Garden.

Playing on Broadway on Thursday, the Rangers are slight -118 favorites in a game that will have huge implications for home ice advantage in the first round of the playoffs.

Let’s sneak a peek at the Penguins vs Rangers odds and find the best NHL bet.

Odds as of  April 6th at Barstool Sportsbook.

The difference in implied win probability in this game between each side is miniscule as the Pens are at 50.98% with moneyline odds of -104, while New York is at 54.13% with odds of -118 on the moneyline.

Since an 11-2 thrashing of the lowly Red Wings, the Penguins have struggled against more formidable competition. They’ve lost three of their last four and needed overtime to notch their only victory in that span against the Wild.

The Penguins fall to the Avalanche at home, 6-4. pic.twitter.com/aCYotkZvn7

If we extend our look a bit further, Pittsburgh has lost five of their last seven. It shouldn’t be a huge cause for concern, as three of those losses were by a single goal and they still sit amongst the top-10 contenders in the Stanley Cup odds.

Number one goalie Tristan Jarry’s Vezina Trophy odds have slipped considerably in the last couple months. The Pens’ netminder has allowed three or more goals in four of his last five starts. Jarry looked great through most of this season after an average campaign last year. He’ll need to regain his early season form if the Pens are to make a deep run in the playoffs.

Chris Kreider is having an unreal season 🔥@NYRangers | #NHLTonight pic.twitter.com/LF4B8uDZXO

It seems as if everybody was waiting for Chris Kreider to fall off in the Rocket Richard Trophy odds, but the Rangers’ power winger continues to score and is just three tallies away from his first 50-goal season. He scored three times in his last two games against the Penguins, both Rangers wins.

The probable first round playoff opponents have been seeing a lot of each other of late, as this is their fourth meeting in the last 41 days.

Get set for a very intense matchup in this one as both teams want to put a seed of doubt in their opponents to have a mental edge for their likely playoff matchup. Familiarity breeds contempt, and you can bet the disdain between these two teams will be in full effect in this game.

Rangers grind out win over Penguins to jump them in standings https://t.co/fvlUTnkqFZ pic.twitter.com/Rt402eatQd

While the Rangers are small favorites in the Thursday NHL odds, the Penguins do have a few things going for them. Entering Wednesday night’s action, Pittsburgh’s 22 road wins are tied for second most in the league.

The Penguins need this game a lot more, and sometimes it’s as simple as one team not being able to afford to lose. With a regulation loss, Sidney Crosby and company will fall six points back of the Rangers with only 10 games left to play and will likely have to settle for third place in the Metro with no home ice advantage in the first round.

Look for the Penguins to square the season series and avenge their last two losses to the Rangers while making a statement that New York will be in for a battle come playoff time.