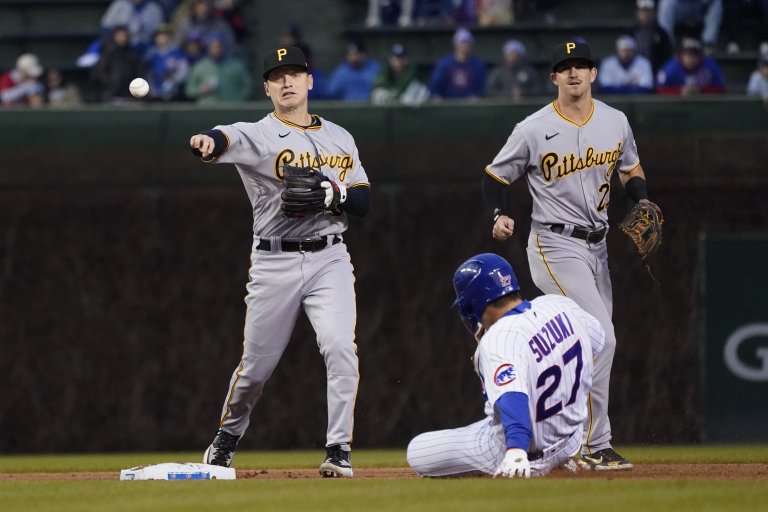 The Chicago Cubs are -170 favorites over the Pittsburgh Pirates in a National League afternoon game slated for Saturday, April 23
Chicago is 3-13 straight up in the club’s past 16 home games
Pittsburgh is 3-17 SU in the club’s last 20 games at Wrigley Field

When the Chicago Cubs are playing host to the Pittsburgh Pirates at Wrigley Field, it’s proven to be an uphill battle for the Bucs. Then again, there aren’t too many ballparks that have provided friendly confines to the Pirates in recent seasons.

Could the tide be turning at Wrigley for Pittsburgh? In their first game there of the 2022 MLB season on Thursday, the Pirates came away 4-3 winners. That ended a four-game losing streak in Chicago. Entering play Friday, Pittsburgh was 3-17 straight up in the club’s last 20 games at Wrigley Field.

Oddsmakers are expecting that downward trend to continue for the Pirates. It’s the Cubs who are -170 favorites in Saturday’s meeting between the two teams.  The Cubbies are just 3-13 SU in their last 16 home games.

Pittsburgh Pirates
+150
OFF
OFF

Odds as of April 22nd at Caesars Sportsbook.

First pitch for Saturday’s game at Wrigley Field is set for 2:20pm ET. The forecast is calling for clouds, 17 mph wind and a temperature of 74 degrees. Neither the Cubs (+900) or Pirates (+10000) are given much chance of winning the division in the NL Central odds.

Cast as the ace of the Chicago staff, Hendricks has struck out 17 batters in 13.1 innings. However, he’s also surrendered nine hits and issued nine walks. He’s made it past the fifth inning just once.

Hendricks took the loss in a 6-2 setback April 13 at Pittsburgh. He coughed up six earned runs in 3.2 innings while walking four and allowing seven hits. He’s 7-11 with a 3.99 ERA in 25 career starts against the Pirates.

If there’s a ever a day to take a chance on the Pirates, I do think Zach Thompson is one of their best starters.

However, THIS happened last game 😅😅😅

In two starts, Thompson has allowed eight earned runs in eight innings, walked five and served up 11 hits, including two homers. He started the 6-2 win over the Cubs on April 13. However, Thompson didn’t figure in the decision, lasting only four innings.

He’s 0-1 in three career starts against the Cubs but with a sterling 1.93 ERA. Thompson has struck out 13 in 14 innings and checked Chicago hitters on a .192 batting average. He took the loss in his only previous start at Wrigley Field. But Thompson gave up just one unearned run in four innings on the mound.

Hendricks is a different pitcher at Wrigley Field. He’s 42-25 their lifetime, a .627 winning percentage. Five of his six career MLB complete games have come there. He has a 1.08 WHIP at his home ballpark.

Combine that data with Pittsburgh’s perennial Wrigley woes and the afternoon figures to be a battle for the Bucs.