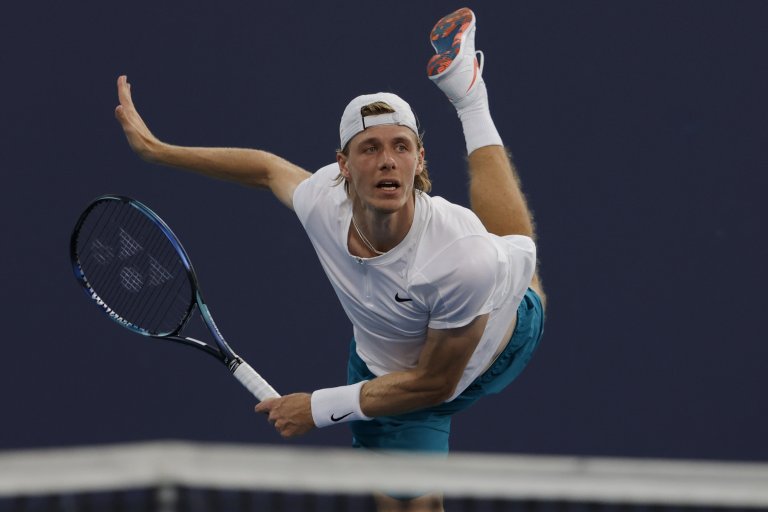 About to find himself staring across the net at Rafael Nadal in the round of 16 at the ATP Italian Open, Denis Shapovalov must feel like he’s jumping out of the frying pan and into the fire. Oddsmakers certainly recognize this. They’ve set Nadal as an overwhelming -800 favorite in the Nadal vs Shapovalov odds. Shapovalov is 0-2 when facing Nadal on a clay surface.

The Canadian was fined $8,000 after hollering for the crowd booing him to “shut the (expletive) up” while arguing a line call during his first-round match with Lorenzo Sonego.

Facing the legendary Nadal in a clay court match, line calls will be the least of his worries. World #4 Nadal has won the ATP Italian Open 10 times. He is to this tournament what the Harlem Globetrotters are to the hardwood. Nadal just doesn’t lose.

At the outset of the event, bettors could access +300 odds on Nadal to win the ATP Italian Open. It’s rare to get that kind of betting line on him playing on clay.

Odds as of May 11th at Caesars Sportsbook.

This match is set to get underway at approximately 1:00 pm ET on Thursday, May 12. Broadcasting all the action will be the Tennis Channel.

Nadal’s pursuit of a record 11th ATP Italian Open title got off to an impressive start. He quickly dispatched John Isner 6-3, 6-1, easily overcoming the American with the powerful serve.

The #3 seed, Nadal took control of the first set by winning two break points. Isner had no answer for Nadal’s patented spinning groundstrokes.

Only his second tournament back from a six-week absence due to a rib injury, Nadal lost in the quarterfinals at Madrid. His victory assured that Nadal maintained his perfect record of never losing back-to-back matches on a clay court. He’s 44-0 in his career in that scenario.

After battling past Sonego in three sets in the opening round, Shapovalov found a little more smooth sailing in second-round action. He defeated Nikoloz Basilashvili 6-4, 7-6(7-5).

The #13 seed, the Canadian lefty was only required to face one break point in his match against the 2021 Indian Wells finalist. Not surprisingly, he saved it. Shapovalov is saving 70% of his break points this year.

Denis Shapovalov was NOT happy with the umpire or crowd at the Italian Open 😮 pic.twitter.com/oLiYAdhdrv

The world #16, Shapoovalov won 85% of his first service points. He needed only one hour and 40 minutes to send Basilashvili packing.

It’s the first time Shapovalov has advanced beyond the round of 32 since reaching the semifinals in Dubai. That was in February.

In a case of history repeating itself, Nadal and Shapovalov also met in the round of 16 at last year’s ATP Italian Open. Nadal ultimately won that match but he’d was required to battle hard in order to do so. It ended 3-6, 6-4, 7-6(7-3).

Once is rare, twice is unheard of… @RafaelNadal has still never lost consecutive clay court matches in his career 😳@InteBNLdItalia #IBI22 pic.twitter.com/4OS5bY0A7j

One big difference between the two players – other than the 91-1 edge for Nadal in ATP titles won – is their stats when it comes to return games won. Nadal is capturing 30% of those games, while Shapovalov is winning only 17%.

Lately, Shapovalov is giving a better accounting of himself in matches against Nadal. In this year’s Australian Open men’s singles quarterfinals, Shapovalov lost 3-6, 4-6, 6-4, 6-3, 3-6 to Nadal.

🚨A WINNING DAY FROM DENIS🚨

🇨🇦Denis Shapovalov plays a great match and defeats 🇬🇪Nikoloz Basilashvilli 6-4, 7-6 to advance to the round of 16 in Rome.

Shapovalov only faced one break point the entire match.

Expect this one to be hard-fought as well. Nadal will overcome Shapovalov but don’t be surprised if the Canadian pushes him to a third set.