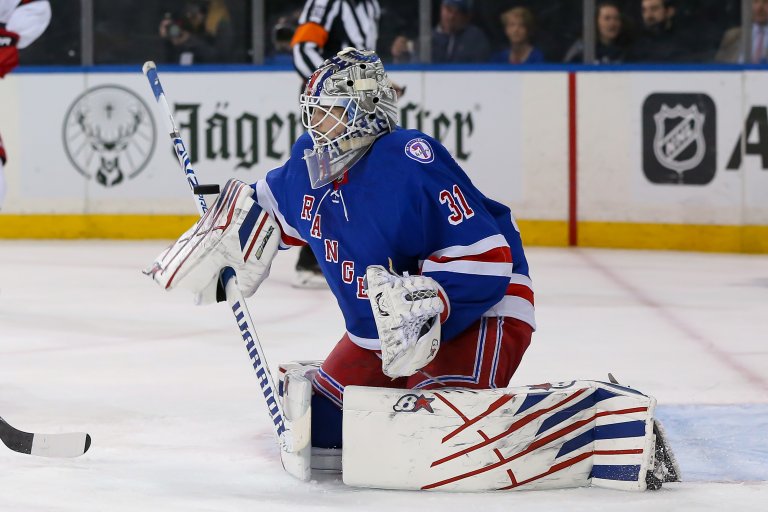 The New York Rangers (52-24-6) and Pittsburgh Penguins (46-25-11) will clash in Round 1 of the 2022 Stanley Cup Playoffs. The Rangers finished second in the Metropolitan Division with 110 points, while the Penguins were behind them with 103 points.

Both teams are sitting at -110 in the Rangers vs Penguins series odds. New York won three of the four regular-season meetings.

Odds as of May 1st at FanDuel Sportsbook.

The Penguins and Rangers -110 moneyline price means they have the same implied probability to advance past Round 1. The Rangers have a slight edge in the Eastern Conference odds.

While both teams have more than 100 points, neither is considered a favorite to win it all. New York is currently at +1600 in the 2022 Stanley Cup odds, while Pittsburgh is priced at +1800.

Series Schedule and How to Watch

The Stanley Cup Playoffs feature best-of-seven series for each round. The Rangers vs Penguins series begins Tuesday and will be broadcast on ESPN and TNT. New York holds home-ice advantage.

New York should be favored to defeat Pittsburgh in Round 1 in the Rangers vs Penguins series odds. Gerrard Gallant guided this New York team to an amazing regular season coming within a whisker of winning the Metropolitan Division. They have not won a postseason series since 2016-17 and made a cameo in the bubble qualifying round two years ago against Carolina

New York is led by Russian superstar Igor Shesterkin, who amassed 36 wins in his second season. He also finished the regular season inside the top 10 for the Hart Trophy odds. Shesterkin tops the Vezina Trophy odds by a wide margin. The big concern with New York will simply be can they fend off Sidney Crosby and Evgeni Malkin over the course of a seven-game series.

Are you ready for it? pic.twitter.com/0cIw1m7FtH

The Rangers will be tested in the scoring depth department. Everyone knows about Chris Kreider and his 52 goals (tied Adam Graves’ goal scoring record). However, despite four 20-goal scorers, there is a significant drop-off. Thankfully, Frank Vatrano and Andrew Copp were acquired at the deadline. Both have scoring punch.

Should the Penguins Be Co-Favorites Here?

Pittsburgh is priced at even in the Rangers vs Penguins series odds despite winning just one of the four head-to-head meetings this season. That stat is telling as the last two contests were not all that close. Some will argue injuries to players like Evgeni Malkin and Tristan Jarry but there are concerns here.

Much like the Rangers, the Penguins have not faired well lately in the NHL second season. Pittsburgh has suffered three straight first-round exits as the 2017 Stanley Cup seems forever ago. Mike Sullivan took over, won back-to-back Stanley Cup but has not gone deep in the postseason since.

The Penguins have an explosive offense with some scoring punch on every line. Pittsburgh headlines seven- different players who have scored 18-plus goals, including 30-goal scorers Jake Guentzel and Sidney Crosby. The problem is consistency. Even with Malkin coming back and scoring a goal every other game (20 goals in 41 games), it is fining that consistency.

Pittsburgh has questions in goal too. Tristan Jarry is coming off an injury. The boot is off and Jarry is probably to start in Game 1. The question is what kind of shape he is in and if he can shake off the ghosts of last year’s nightmare against the New York Islanders.

Rangers vs Penguins is the most evenly matched first-round series (odds wise) of the 2022 NHL Playoffs. New York has a nice edge with home-ice advantage, but keep in mind Pittsburgh can be dangerous with a healthy Crosby and Malkin always.

Considering how evenly matched these two teams are, Goaltending is the x-factor here. Igor Shesterkin has the undeniable advantage but Tristan Jarry did shut the Rangers out earlier in the season. The question is this. Is Jarry 100%?

The NHL Playoffs is often about what have you done for me lately. New York has looked better in April and won the last three matchups of this season series.

With both teams being so evenly matched, all the value may be with the “perceived underdog” in New York. They have the balance and the momentum along with a healthier looking team.