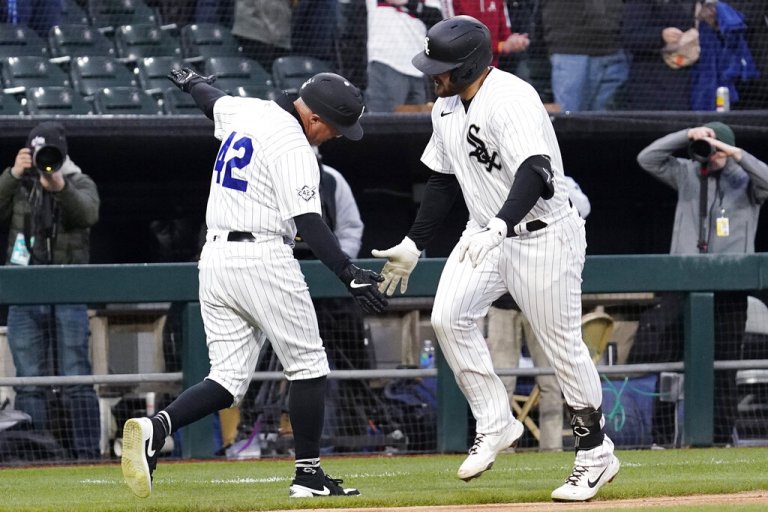 The White Sox are -133 home favorites over the Rays on Saturday
Corey Kluber (0-0, 0.00) will start for the Rays against Michael Kopech (0-0, 2.25)
A look at the odds and matchup can be found below with a prediction

The Tampa Bay Rays will try to stop their three-game losing streak when they visit the Chicago White Sox at 2:10 p.m. ET Saturday at Guaranteed Rate Field.

We preview Rays vs White Sox below and offer some best bets.

The White Sox have a 57.08% implied win probability as -133 favorites. It is expected to be a sunny but breezy day in Chicago with the forecast calling for a high of 48 degrees with winds from the northwest at 10-20 mph with gusts to 30 mph.

Kluber pitched 4.2 scoreless innings against the Orioles last Sunday in Baltimore but wasn’t particularly sharp in his Rays’ debut and got a no-decision. The two-time American League Cy Young Award winner allowed three hits and four walks while striking out five.

While pitching for the New York Yankees last season, Kluber had some trouble on the road as he went 3-1 with a 4.87 ERA in eight starts.

Kopech also had a no-decision in his debut last Sunday on the road against the Detroit Tigers. He pitched four innings and gave up one run, two hits, and two walks to go with three strikeouts.

This will be Kopech’s first career appearance against the Rays. The only Tampa Bay hitters he has faced are Isaac Paredes (0 for 2) and Harold Ramirez (0 for 1).

Off to their best start since 2016, the White Sox won Friday night behind Jake Burger. The rookie had a solo home run and RBI single as he has been filling in at third base for the injured Yoan Moncada.

Gavin Sheets and Garcia each doubled and scored for the White Sox. Liam Hendriks pitched a perfect ninth inning for his third save.

Fire up the grill. 🍔 pic.twitter.com/kDzdbrjHKQ

White Sox second baseman Josh Harrison (back) is expected to return to the lineup Saturday after missing the last two games.

Wander Franco and Manuel Margot each had two of the Rays’ six hits. Ji-Man Choi hit an RBI double and raised his early-season batting average to a sizzling .526.

The series has been played on tight terms since the beginning of the 2017 season as the White Sox hold a 13-12 edge.

Kluber scuffled in his first start of 2022 and isn’t the same guy who won two Cy Young Awards in Cleveland. Meanwhile, the White Sox have come of the gate quickly this season and seem primed to win again Saturday behind the hard-throwing Kopech.