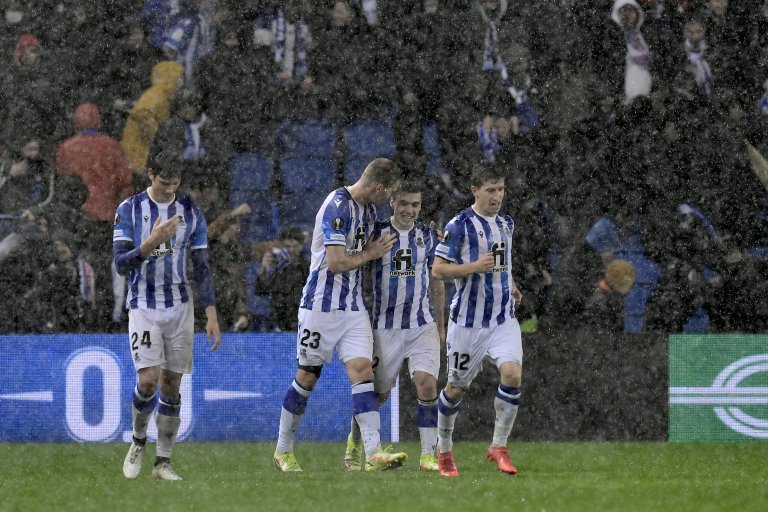 Only seven matches remain in the 2021/22 La Liga season and a lot of matters are yet to be sorted. While Real Madrid have a firm grip on the title race, the next five spots in the table are only separated by six points. As the top four race heats into a rolling boil, you will want to watch out for Real Sociedad vs Real Betis on Friday afternoon.

Currently, Real Betis holds fifth place thanks to their higher-powered attack, spearheaded by Juanmi and Nabil Fekir. Conversely, the hosts sit just one point back off of Los Verdiblancos. After a horrific run throughout the middle of the season, Real Sociedad’s defense has guided them to five wins and a draw in their last seven games.

Nonetheless, their defense can do nothing to stop Real Betis this season, as they have lost 4-0 on two separate occasions.

Odds as of Apr 14th at Barstool Sportsbook

If you’re new to betting on this sport, then take a look at our How to Bet on Soccer page.

All in all, the moneyline favors Real Sociedad with plus odds of +110, and rightfully so. This game is being played at the Reale Arena, a ground which Real Betis have not won at in La Liga play since December of 2003.

Next, the under on 2.5 total goals is the favored pick in this match with odds of -121. However, in their last ten head-to-head matches, tracking back to 2019, this has only occurred once. Over that same span, the average goal tally was 3.3 goals per match.

Undoubtedly, Real Sociedad has one of the best defenses in Spain. The numbers speak for themselves, considering they have let in the third-fewest goals in La Liga this season. Additionally, they have kept five clean sheets in just seven games.

But, the one glaring red flag about this side is that they struggle against teams who get on the attack. We have watched this happen not only in La Liga, but also in the Europa League this season.

Specifically, they struggle defending the wings, which presents huge opportunities for El Glorioso’s attack. There is no doubt that after scoring eight goals in two games against Real Sociedad, that Manuel Pellegrini will have his side on all-out attack for ninety minutes.

Now, one player who does have the potential to break down Real Sociedad’s deadbolt strength defense is Juanmi. The 28-year-old attacker already has three goals against Real Sociedad this season. Furthermore, his non-penalty expected goal mark per ninety is 0.46, putting him in the 98th percentile for attacking midfielders and wingers in Europe’s top five leagues.

His odds to score at anytime in the game currently sit at +310, which is a superb value.

Despite Real Betis not losing in their last five matches, traveling to the Reale Arena is no easy task.

Sociedad’s win streak at home versus Real Betis was broken in the Copa del Rey this season, but their La Liga drought in San Sebastián rages on.

Real Sociedad vs. Real Betis next week will be the first match in a major European league to be broadcast live on TikTok 📱

The game will be shown in vertical perspective in 4K quality pic.twitter.com/7esp3IfZT4

Reagardless, Real Betis do have the third-best record away from home in La Liga this season, so they should not be too distraught.

Overall, the best bet for this match is the over on 2.5 goals with odds of -104. This head-to-head match is always filled with fun and excitement and I would expect nothing less this Friday.