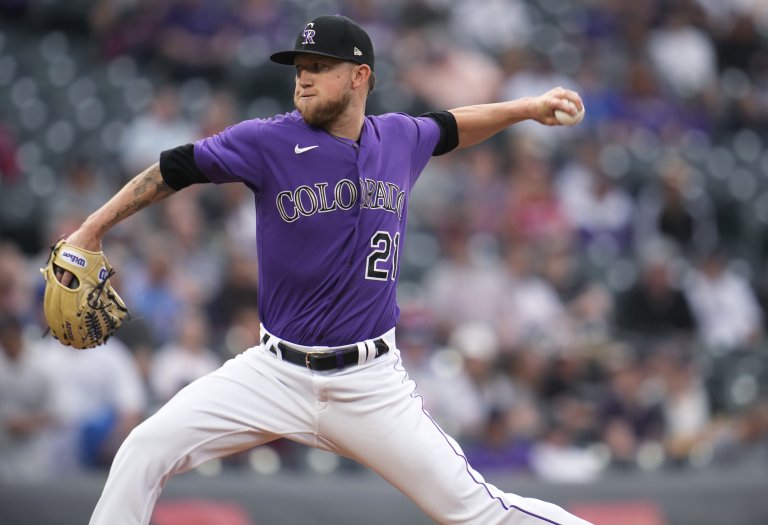 The Rockies and Phillies begin a four-game set on Monday
Philadelphia is a -180 favorite for the series opener
Find the Rockies vs Phillies odds, preview, and betting prediction below

The surging Colorado Rockies, who just took two of three from the Detroit Tigers, hit the road on Monday to begin a four-game set with the struggling Philadelphia Phillies at Citizens Bank Park. The first pitch is scheduled for 6:45 PM ET.

Colorado goes with Kyle Freeland here, who is looking for his first win. The Phils meanwhile, counter with veteran Kyle Gibson, one of their better starters so far.

Odds as of April 24th at Caesars Sportsbook.

The Phillies are -185 moneyline favorites against the Rockies.

Colorado might be thriving offensively, but their arms haven’t exactly fared all that well. While Freeland has an ERA north of seven through three outings, his latest start is definitely a reason for optimism.

The Rockies are keeping left-hander Kyle Freeland on a sizeable new deal. 💰 pic.twitter.com/Pyo4EYbVOK

The southpaw tossed five innings vs. Philadelphia after signing a new extension, the same team he will face on Monday, allowing just two earned runs and six hits. Freeland was attacking the zone and pitching to contact. He’ll need to do a lot of the same here.

Gibson is putting together a solid campaign for the Phillies, going 1-1 with a 3.57 ERA in 17.2 innings of work. He’s also struck out 19 hitters and surrendered only five free passes. Coincidentally enough, his previous start was against Freeland as well, but he was on the losing end. That said, it was a decent outing, lasting six innings and giving up three earned runs. He never faced the Rockies last season but is very aware of what their lineup is capable of.

Probably no one would have predicted Colorado to be the best offensive team in the Majors but they are swinging it with authority right now. The Rockies have won two straight and sit top-five in average, slugging, OBP, hits, and runs. Basically, every important category.

C.J. Cron leads baseball with six home runs and is absolutely tearing the cover off the ball. Kris Bryant, who is at +4000 in the NL MVP odds, is also enjoying life in the Mile High City, slashing .306 already in 13 games. But, he went hitless in the Detroit series and will be hoping to get back on track on Monday, having gone 2 for 4 off Gibson last week.

There was a lot of hype surrounding the Phillies after a busy winter where they acquired slugger Nick Castellanos and Kyle Schwarber. The offense is producing nicely, but Philly is just 3-7 in their last 10 games and was completely shut out across the last two games against Milwaukee, losing both. The Phils managed to muster up just five hits on Sunday and failed to score a single run.

Pair of doubles anyone? ✌️ pic.twitter.com/YoguxWCv59

No one had much success against Freeland last week, either. But, Joe Girardi’s squad will be very poised to break out here after a couple of forgettable performances at the dish.

I think Freeland is really turning a corner right now and the Rockies’ bats are thriving. I’m liking the value in Colorado on the moneyline to take the first game of the series.