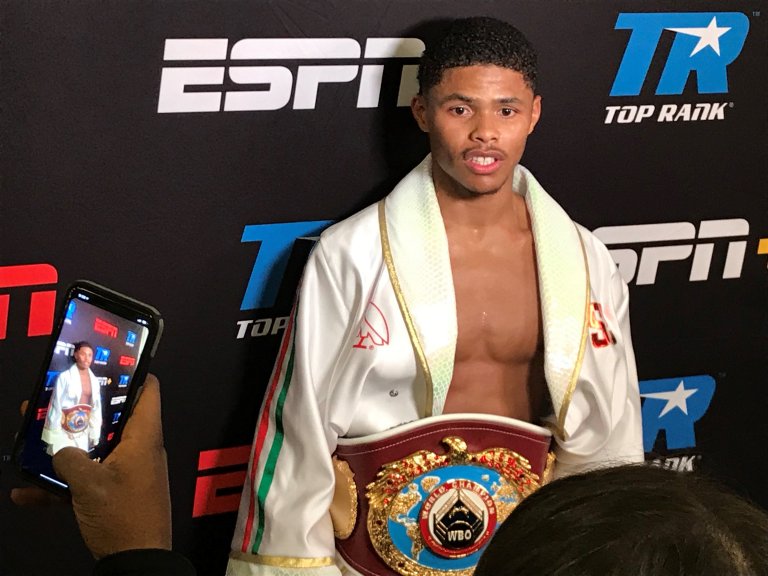 Shakur Stevenson vs Oscar Valdez goes Saturday, April 30th at 9 PM EST
Stevenson is favored in this highly anticipated title unification clash
Check out the Stevenson vs Valdez odds, analysis, and predictions, below

Shakur Stevenson vs Oscar Valdez goes down at MGM Grand Garden Arena in Las Vegas, and broadcasts on ESPN and ESPN+. Double S is the favorite in the Stevenson vs Valdez boxing betting odds, priced at -650.

Let’s analyze the Shakur Stevenson vs Oscar Valdez odds via DraftKings Sportsbook as we provide our best bet for the bout.

Odds as of April 27th at DraftKings

This fight is a super featherweight title unification bout with Valdez coming in as the WBC titleholder while Stevenson holds WBO gold.

Also, the vacant Ring Magazine super featherweight belt is on the line in this monumental prizefight.

Stevenson enters his first fight of the calendar year on the heels of what some pugilistic pundits saw as the performance of 2021.

Becoming the lineal champion of his weight category would certainly be a great way for Stevenson to bolster his momentum even further.

Stevenson is someone who many see as a possible enormous pay-per-view star in the future.

A win like this is one that may see as having the potential to jettison towards that Floyd Mayweather tier that many see Stevenson being capable of existing in.

While Stevenson is regarded as one of the best technical boxers in the sport pound for pound, Valdez is well known for his brick-fisted approach and demonstrable knockout power.

Valdez is a decorated amateur with a pair of Olympic appearances before embarking on this incredible pro run.

The WBC title was garnered via highlight-reel stoppage, but Valdez is looking to rebound a bit here. This after a pair of performances that some sweet science aficionados saw as lukewarm comparatively.

This is a battle of two undefeated champion fighters and is as good as you’re going to get in Boxing matchmaking.

The unique southpaw angles and two-inch reach advantage are of note for Stevenson. But the experience edge of Valdez is certainly not to be ignored as a standout variable for him.

Shakur Stevenson vs Oscar Valdez Tale of the Tape

This bout is scheduled for twelve rounds, and I can see this fight encroaching to that final bell.

The prop bet on this fight going the distance is situated at -190, and I think that presents good value.

I would also say that Shakur Stevenson winning via decision or technical decision at -165 is a strong prop to ride with this weekend. Bettors can also find odds for this fight at other online sportsbooks like BetMGM, Caesars Sportsbook, and more.