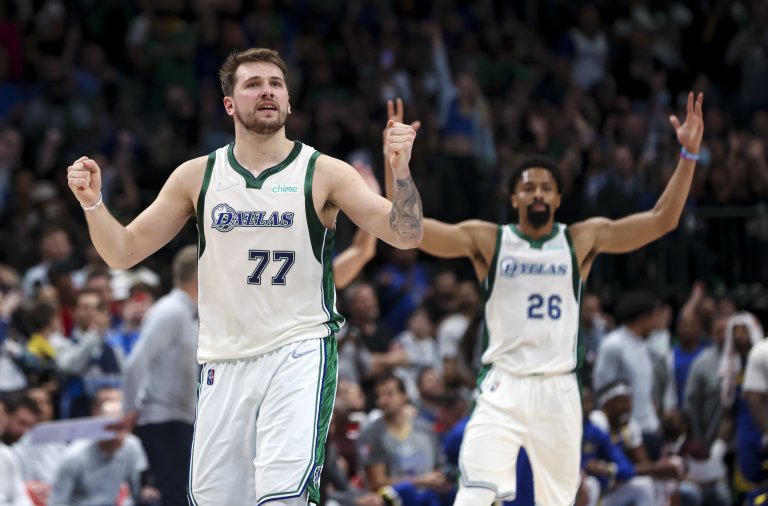 The Phoenix Suns are 5.5-point home favorites over the Dallas Mavericks in Game 1 of their second-round playoff series on Monday, May 2
Phoenix has won nine straight games against Dallas
Below, see the Mavericks vs Suns Game 1 odds and best bets

The Phoenix Suns went to the NBA Finals last year. As for the Dallas Mavericks, the last time they won a playoff series before this spring, they captured the NBA title.

It’s the top-seeded Suns who are favored to open this best-of-seven NBA Western Conference second-round playoff series against the Mavericks with a victory in Game 1 of the set. Phoenix is set as the 5.5-point home favorites. The Suns are a disappointing 21-22 against the spread as a home favorite this season. They’re 4-2 ATS so far in the playoffs.

Odds as of May 1st at DraftKings Sportsbook.

The tipoff for the Monday, May 2, series opener at the Footprint Center is set for 10:00 pm ET. TNT will be carrying the broadcast. Based on the odds, Phoenix is given an implied probability of victory in Game 1 of 66.3%.

As for public betting trends, 61% of the bets placed against the spread are backing the Mavericks +5.5. The moneyline splits are showing 88% of the wagers are also on the Mavericks at +190 odds. Also, 77% of the public bets are on the Under of 214.5.

How Effective Will Suns’ Booker Be?

Guard Devin Booker (hamstring strain) spent much of the opening round on the sideline and that proved costly to Phoenix. The NBA fined the Suns $25,000 for violating the league’s injury reporting rules prior to their Game 6 opening-round series-clinching win over the New Orleans Pelicans.

The NBA ruled that Phoenix did not report Booker’s status in an accurate and timely manner. During the course of the day leading up to Game 6, Booker’s status changed from out to questionable to playing.

The Phoenix Suns have been fined $25,000 for violating league injury reporting rules by failing to disclose Devin Booker’s status in an accurate and timely manner prior to Game 6.

Out since Game 2, Booker did return to the Phoenix lineup for Game 6. He ended up scoring 13 points, dishing out three assists and grabbing five rebounds in 32 minutes of court time.

Naturally, a healthy Booker, who scored 31 points in Game 2 prior to his injury, would make the Suns a far more dangerous foe.

Doncic Back in Form for Dallas

The Mavericks were dealing with their own key injury during their opening-round win over the Utah Jazz. Star guard Luka Doncic, the odds-on -285 chalk in the NBA MVP odds, was out for the first three games of that set due to a calf strain.

Last time the Mavericks played the Suns, Luka Doncic blessed us with this highlight.
pic.twitter.com/Jvco0kPSYw

While Utah struggled to guard Doncic, Phoenix can utilize a number of options to place a governor on his production. Mikal Bridges is a top contender in the NBA Defensive Player of the Year odds. Jae Crowder can provide Bridges with help defense and DeAndre Ayton’s presence in the paint should make it difficult for Doncic to get to the rim.

That being said, in one game against the Suns this season, Doncic contributed 28 points, eight assists and eight rebounds. Shutting him down isn’t feasible. Containing him is the best Phoenix can hope to accomplish.

The Suns certainly go deeper in talented stars than the Mavericks are capable of putting on the floor. Minus a healthy Booker, veteran Chris Paul poured in 33 points in Phoenix’s Game 6 win over New Orleans.

Jalen Brunson in the first round:

He has the most total points this playoffs. pic.twitter.com/FbHJl645Ps

Jalen Brunson did likewise for the Mavericks in their three games without Doncic. He ended up averaging 27.8 points per game over the series, including a 41-point explosion in Game 2.

If Brunson can continue to bring that kind of offense to the court, Dallas is in with a chance in this series.

Phoenix has won nine in a row over Dallas. The Mavericks own one win in Phoenix over the past five years.

Jason Kidd and the rest of the Mavericks are going to bring their A-Game vs. the Suns 💪 pic.twitter.com/CfRGUCot1F

In three victories over the Mavs this season, the Suns show an average margin of victory of 7.7 points per game. All those were earned with a healthy Booker and two of the wins came while Dallas was without Doncic.

Dallas probably won’t win this game. However, given Booker’s uncertain status, the Mavericks should be able to cover.