Roulette has always been about a spinning wheel and a little ball. The fundamentals of what roulette is has not changed in hundreds of years. Yes, it has been around that long. But since then, roulette has still seen many significant changes.

The Evolution of Roulette Wheels

Roulette spins look random – especially when the ball bounces around. If you’re new to roulette, you’d probably think there is no way to predict the winning number. But in fact, roulette is by far the most vulnerable game for casinos. That’s because roulette wheels have many imperfections and quirks that make spins predictable.

Wheel imperfections is one matter. This is known as wheel bias. Most people believe biased wheels don’t exist today, although though every wheel is biased to some degree. Anyone who has access to tens of thousands of spins from a wheel would know this. However, only rarely is the bias strong and obvious enough for players to exploit.

While most casinos have software and equipment to detect wheel bias, the software is largely inadequate because it makes many assumptions. So smarter wheel bias players can exploit a bias without it ever being detected.

Still, there are much better ways to predict roulette spins. I’m talking about the “quirks” to wheels. And to explain what I mean by this is more a book than a one-page article. Every wheel design has its quirks. And every unique wheel has a different manifestation of those quirks. No two wheels are the same – they’re all unique.

My point here is roulette wheel spins are not unpredictable. In a broad range of conditions, they are quite easily predictable. Especially the earlier roulette wheels were incredibly easy to beat. It wasn’t well-known back when roulette began, because the understanding and techniques weren’t developed. But a modern-day professional roulette player can easily beat older wheels.

As casinos and roulette wheel designers came to understand how spins were predictable, the wheel designs changed. This became a necessity, because smarter players were winning even when dealers increased randomization of wheel and ball speeds.

So what about the wheels changed? Mostly better designs, which produced less-predictable spins.

But it was a double-edged sword because a wheel could be quite unpredictable when new. And as it became worn, spins became even more predictable than older designs.

The tweaking of designs hasn’t stopped, although it has slowed greatly. Basically there’s no significant difference between wheels today, and wheels 20 years ago. So wheel designs have barely changed in the past 20 years.

And when I say wheels haven’t really changed, I’m referring mostly to the difficulty in beating them. If wheels 20 years ago were a 4/10 difficult rating, then today’s wheels are about 5/10. So it’s not much difference.

However, I’m referring only to the traditional wheels that are spun by a real dealer. And I’m excluding wheels that deliberately manipulate the spins with some form of robotic mechanism. I’ll explain those next.

The more frequent spins are, the more bets are wagered, and the more casinos profit. The biggest bottleneck in speeding up the game is when dealers pay players. The actual spin takes about 20 seconds, but paying players and waiting for them to bet takes about 2 minutes.

Automated wheels greatly sped up the game. Players could easily place bets without needing to lean over other players, and they were paid instantly without needing physical chips.

Another benefit for casinos is they could manipulate the spins in subtle ways, which make some professional systems more difficult to implement. For example, players are often allowed to bet after the ball is released. However, when bets are closed, the rotor (wheel) speed is slightly altered. This was so if the player predicted the winning number based on the previous speed, it wouldn’t matter because the speed and therefore winning number was changed. At least that was the intention of wheel designers. The actual outcome was it approximately halved the possible edge from techniques like visual ballistics and roulette computers. But if the speed changes were greater, they would be too obvious to normal players, who would then lose trust in the wheel.

Ultimately while automated wheels usually made life harder for professional players, the casino lost money from normal players who didn’t trust the wheels. I say “usually”, because some automated wheels are significantly easier to beat than “live dealer” wheels.

Automated wheels haven’t solved the problem of professional players for casinos. In the bigger picture, casinos just created other problems for themselves.

Another problem was casinos have no real way to determine lost revenue due to lost trust from players. It’s not something that can be measured or monitored without extensive and impractical surveys. But I’ve personally been in contact with tens of thousands of players over the past 20 years, and the majority don’t trust automate wheels, and won’t play on them. The distrust is much higher amongst professional players, which is who the wheels were supposed to hinder. And they can easily play on the live dealer wheels a few steps away.

Casinos and wheel-designers became aware that automated wheels are often untrusted. So they developed wheels that look normal in every way, but automatically change the rotor speed once bets are closed.

The speed change of RRS is intended to be difficult to notice. Inexperienced players wouldn’t notice, but it wouldn’t make any difference because they don’t use professional techniques.

Semi-professional players sometimes don’t notice. But the professional players easily notice, because they monitor timings of the rotor. Still though, the speed changes can’t be too dramatic as other players notice, and lose trust in the casino. That’s a heavy price for the casino to pay, considering the lifetime revenue from a losing player. So the speed variations of RRS are more subtle. In typical conditions, the RRS technology halves the edge of players who use ballistics methods. This includes visual ballistics and roulette computer players. But considering you can get an 80% edge with roulette computers, RRS rarely makes a wheel unprofitable to play on. 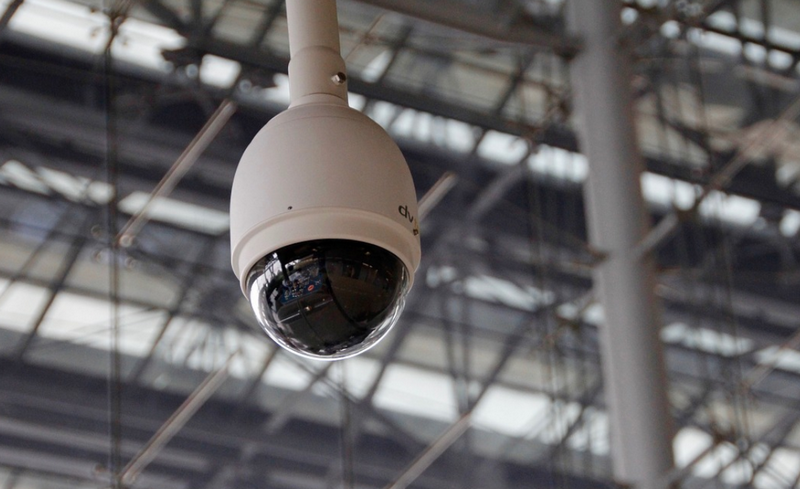 The Evolution & Future Of Roulette For Professional Players 3

Staff in today’s casinos usually only have a vague understanding of how roulette is beaten. You’d think they know better, but most don’t. That’s because the vast majority of roulette players have no idea what they’re doing. Professional roulette players are still comparatively rare. For every professional player, there are perhaps 10,000 other players who consistently lose.

And professional players are adept at staying under the radar. Most professional players take no more than $5000 profit per session. How much they win depends on variables such as the table limit, and how busy the table is. This doesn’t mean they’ll win $5000 day after day. That’s just not how it works. Even if you win $1000 day after day, the casino staff will eventually notice. And when they notice, they take steps (called “countermeasures”) to make you either lose or leave. If those “countermeasures” are taken, then it disrupts the game for other players, and causes the casino to lose potential revenue from them. So the countermeasures are only applied if the casino manager believes the professional player is a serious threat. For example, the casino manager probably wont even notice you if your bets are very small. But if your bets are large, and your play is consistent with professional strategies, then you’ll have their attention.

In my experience, almost every wheel can be beaten one way or another. Even if a wheel is perfectly designed, and does everything is should to randomize spins, there are almost always weaknesses for professionals to exploit. It’s more a question of how the overall conditions and opportunities for professional players compare to other opportunities.

There are ways roulette can be made so unbeatable that it’s just not worth trying. These aren’t being applied by casinos. But the side-effect would again be the casinos lose money from other players who are not professional players, and are not a threat to a casinos anyway.

At least for the foreseeable future, as long as real physical wheels and balls are used, roulette is likely to be beatable for some time into the future.

I’ve been a professional player for over 20 years now (semi-retired). I’ve seen the many twists and turns, and new technologies. Wheel designs are well-optimized to randomize spins, but they’re still predictable enough to exploit. There is still room for improvement, but wheel designers are in no hurry because although professional players can easily beat most wheels, the casinos know they’ll likely detect them before they win amounts that are large enough to make a difference.

If it weren’t for casino surveillance, with a suitable bankroll, you could comfortably win $1M in a casino in a day. But in reality, your winnings must be much more modest to avoid detection. This is why I frequently say “The problem isn’t beating the wheel. It’s avoiding detection”. There still exists ample opportunity for professional players to earn more from roulette than any ordinary employment. But often it’s still hard and tedious work, that most people aren’t prepared for.

To get the best free roulette systems that really work, see the top 5 proven roulette systems and the video series below. It’s the best 100% free information for winning roulette you’ll find. It’s written by professionals who are really earning a living from roulette.