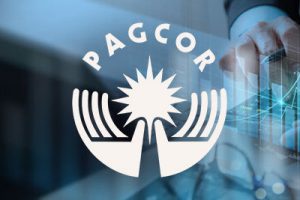 Revenue from online operators in the Philippines is expected to drop by half in 2022 while the overall gaming sector is expected to double, according to various reports and comments by Philippine gaming and government officials.

While those numbers are almost a juxtaposition of other markets they make sense here as PAGCOR, the country’s licensing authority and in some cases, gaming operator, saw a dramatic fall in online license holders during the world health crisis with foreign travelers banned from the island nation and a steady increase in business as players return to land-based casinos.

In most regions land-based gambling ground to a halt and punters moved online, giving remote operators record earnings while terrestrial operators were left holding the bag.

According to a report by Inside Asia Gaming (IAG), the Philippines’ Anti-Money Laundering Council (AMLC) published a list of 22 Philippine Offshore Gaming Operators (POGOs) whose licenses were canceled by PAGCOR. The regulators then told the Asian gambling media outlet that the cancelations were primarily due to the pandemic.

Long Recovery After Shedding Over Half Online Licenses

Prior to the health emergency onset, the number of POGO licenses reached a peak in 2019 of 63 with only 26 now in operation.

POGOs primarily serve players in other Asian countries like China and Japan with residents of the Philippines required to gamble elsewhere, whether at the country’s luxury resorts or at kiosks with server-based games. Foreign workers are often employed by online casino operators for various reasons such as giving local flavor to products facing particular countries.

Legal online operations were shut down entirely from March 21, 2020, until May 31 and many foreign workers left to avoid stigma or discrimination if they contracted the rapidly spreading virus at the time and all foreign in-migration was banned.

The regulator reportedly told AIG that the online industry has not fully recovered, 2 years after the onset of the emergency.

“There is a possibility for new expansion but there is a need to create a more conducive environment by providing more practicable and adaptable treatment of our POGO Licensees in this time of crisis and to give them the opportunity to revitalize operations as well as attract new operators.”

CEO and chair of PAGCOR, Andrea Domingo said at a virtual forum this week that the gaming sector is expected to double revenues this year compared to last. This, after two years of business being impacted by COVID-19, according to a report on the GMA Network.

Speaking at the Kapihan sa Manila Bay, Domingo reportedly said, “I think that we should be hitting anywhere from P25 to P30 billion by June, so it would be possible that by the end of the year PAGCOR would have about P60 to P65 billion a year GGR which is almost twice as much as last year,” according to the report.