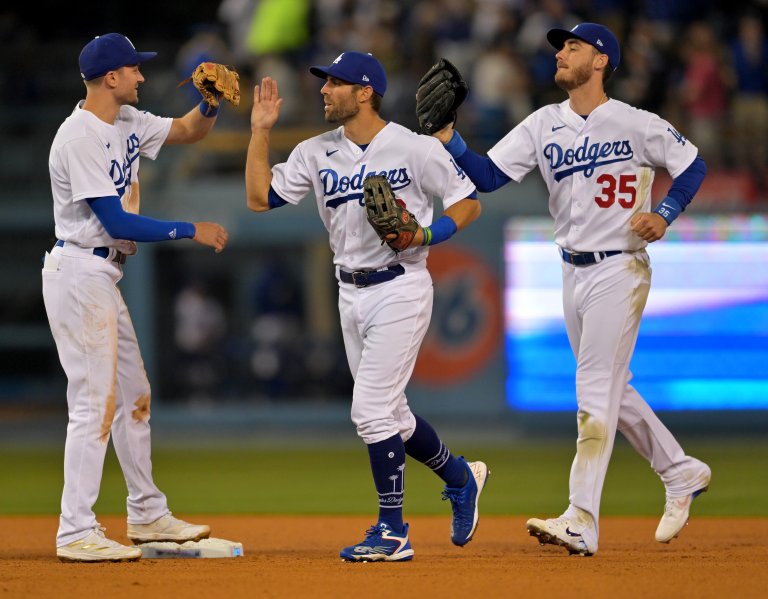 The Dodgers are -335 home favorites over the Tigers on Saturday night.
Rookie Beau Brieske (0-1, 5.40) will start for Detroit against lefty Clayton Kershaw (3-0, 2.65)
A look at the matchup and odds can be found below with a pick

The skidding Detroit Tigers will try to get back on track when they visit the National League West-leading Los Angeles Dodgers at 10:10 p.m. ET Saturday at Dodger Stadium.

Odds as of April 30th at Barstool Sportsbook.

The Dodgers are -335 favorites in a game that will be televised by MLB Network, giving them a 77.01% implied win probability. The temperature is forecast for 67 degrees at first pitch with clear skies and wind from the southeast at 5-10 mph.

The World Series odds are +475 for the favored Dodgers and +5000 for the Tigers.

Beau Brieske (0-1, 5.40) will make his second career start for the Tigers and oppose left-hander Clayton Kershaw (3-0, 2.65). Brieske will be pitching on six days of rest and Kershaw on five.

Brieske made his major league debut last Saturday against the Colorado Rockies in the second game of the doubleheader in Detroit. He took the loss as he gave up three runs on three hits in five innings while striking out three and walking two.

The 24-year-old Brieske made two starts for Triple-A Toledo to begin the season and went 0-1 with a 4.50 ERA. He had a 12-6 career record in the minor leagues with a 3.22 ERA in 34 games (23 starts) over three seasons after being the Tigers’ 27th-round draft pick in 2019 from Colorado State University-Pueblo.

Kershaw continues his strong start to the season last Sunday by beating the Padres in San Diego. He allowed one run and four hits in five innings with three strikeouts and no walks.

The three-time Cy Young Award has faced the Tigers just twice and has a 1-0 record and an 0.54 ERA.

Kershaw, whose NL Cy Young odds are +1200, has made only one start both at home and at night this season. That came against the Atlanta Braves on April 18 at Chavez Ravine when he got touched for four runs on five innings but was credited with the win.

Kershaw has had the better of the Tigers’ Miguel Cabrera when the two future Hall of Famers have infrequently matched up. Cabrera is 0 for 5 with three strikeouts.

Get the Best Sports Betting Promos For Sunday at BetMGM

Justin Turner and Chris Taylor hit their first home runs of the season to lead the Dodgers to victory Friday.

Turner hit a two-run shot in the first inning to open the scoring. Taylor then hit a solo blast in the second to make it 3-0.

It’s good to be home. pic.twitter.com/suO5oUy58Z

Javier Baez and Tucker Barnhart each had two of the Tigers’ six hits.

Until Friday, the teams hadn’t met since 2017 when the Dodgers took two of three from the Tigers in Detroit.

Kershaw has 379 major league starts and 188 wins on his resume while Brieske is still in the nascent stages of his career. While it’s a big number, the Dodgers on the moneyline is the way to go.