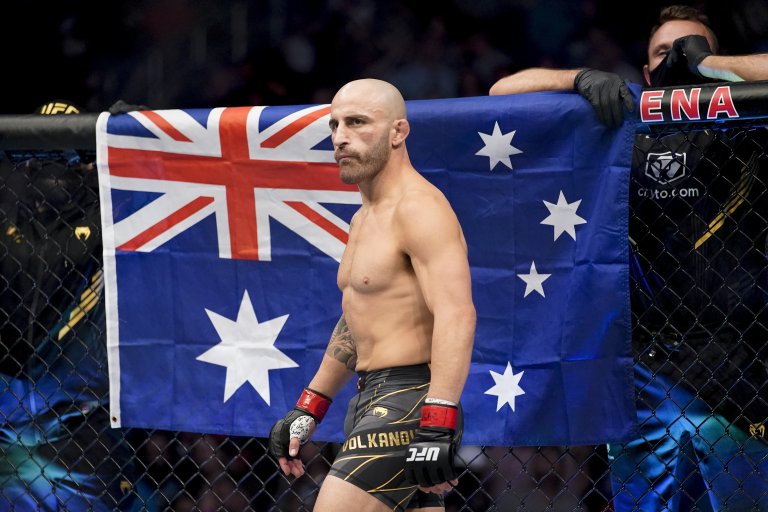 A stacked UFC 273 card goes down on Saturday in Jacksonville, Florida
Both Alexander Volkanovski and Korean Zombie have vowed to KO one another, but does a finish happen?
Let’s take a look at a full UFC 273 betting preview, along with our best prop bets

The UFC returns to the VyStar Veterans Memorial Arena in Jacksonville, Florida for a stacked UFC 273 card as two titles in two of the UFC’s deepest divisions are on the line. In the main event, Alexander Volkanovski looks to defend his featherweight belt against Korean Zombie in the main event. The co-main event sees a bantamweight title unification fight as Aljamain Sterling rematches Petr Yan. UFC 273 props are available at DraftKings, and more online sportsbooks, with a few UFC 273 picks offering great value.

We’ve already broken down the UFC 273 odds and found value on some fighters. That being said, let’s dive deeper into a UFC 273 betting preview where we look at our best UFC prop bets for the card.

All odds as of April 8

Vinc Pichel vs Mark Madsen has the worst odds to go over 2.5 rounds at -210, while Gilbert Burns vs. Khamzat Chimaev is nearly a pick’em on the 1.5 rounds.

Volkanovski vs Zombie Under 4.5 Rounds

In the main event, Alexander Volkanovski has made it known he is here to make a statement and finish Korean Zombie. He was supposed to face Max Holloway, but the Hawaiian got hurt leaving Zombie to step in. When it was announced many thought Zombie didn’t deserve the shot, and if Volkanovski is going to get into the pound-for-pound best talk he will need a finish here.

Although Volkanovski hasn’t gotten a finish since 2018, however, he has fought durable guys like Holloway twice and Brian Ortega. Zombie, meanwhile, was taking time off due to an injury, but when the title fight came up he jumped at the chance, which is a worry for me. Along with taking the under, it also saves you in the oft chance Zombie does get the early KO, which is really his only path to victory.

Recency bias says Volkanovski will win a decision, but this is a good style matchup for him to get the finish as Zombie will be there to be hit. The under 4.5 rounds at FanDuel is +126, while Barstool Sportsbook is +130, so play it there if you can.

Dern vs Torres Goes The Distance

Mackenzie Dern vs Tecia Torres to go the distance is one of my favorite plays on this entire card as I truly believe this should be lined closer to -250.

Why I like the fight to go the distance is due to the fact Torres is known for winning decisions, while she is tough to finish. Dern is known as a grappler, but Torres has fought jiu-jitsu fighters before, and wasn’t submitted, while she also has good takedown defense and I don’t think Dern will be able to get it to the mat as she struggles with takedowns.

On the feet, both Torres and Dern have good chins, and neither have KO power. In Torres’ 14 UFC fights, 12 have gone the distance, while all her fights prior to going to the UFC went the distance. Dern, meanwhile, has gone the distance in four of her eight UFC appearances, but the finishes she got were against fighters that aren’t good on the ground and she was able to quickly sink in a submission which won’t be the case here.

Khamzat Chimaev is the real deal and will prove it once again on Saturday night.

Chimaev has legit one-punch KO power as we have seen while his wrestling will also be key in this fight as he will be able to keep it standing and avoid Burns’ jiu-jitsu. On the feet, he is the better striker and has more power as he is someone who has fought at 185lbs while Burns used to fight at 155lbs.

In Burns’ title fight against Kamaru Usman, two fights ago, he was knocked out by a jab and Chimaev should have more power, so I expect him to land big shots, and eventually get the knockout in the first round. The Swede has finished all 10 of his fights, but I doubt he will submit Burns so take the KO prop for plus-money.

Chimaev beats Burns by KO/TKO is +125 at Barstool Sportsbook, so play there if you can.